Celebrate the spirit of the Marfa Film Festival with a special screening of past festival favorites, including music video Cause An Effect, short films and a 35mm feature presentation of The American Astronaut, a sci-fi rock 'n' roll western. A Q&A with Marfa Film Festival Creator / Director Robin Lambaria will conclude the event.

Marfa Film Festival has become a pilgrimage for many cinephiles and film lovers from around the world by offering a destination of inclusion and hospitality with respect and love for the town that hosts the festival. This festival is about filmmakers and fans in the desert celebrating the love of cinema, together. Although we cannot bring you all to Marfa, we can bring a taste of what the festival has offered over the years, here at the Bullock Texas Spirit Theater.

Join the Bullock Museum for a program celebrating the spirit of the Marfa Film Festival and what it does for film in Texas.

Space travel has become a dirty way of life dominated by derelicts, grease monkeys, and hard-boiled interplanetary traders such as Samuel Curtis. Written, directed, and starring Cory McAbee of the legendary cult band The Billy Nayer Show, this sci-fi, musical-western uses flinty black and white photography, rugged Lo-Fi sets and the spirit of the final frontier.

We follow Curtis on his Homeric journey to provide the all-female planet of Venus with a suitable male, while pursued by an enigmatic killer, Professor Hess. The film features music by The Billy Nayer Show and some of the most original rock n’ roll scenes ever committed to film.

I first saw American Astronaut at the Marfa Film Festival outdoor screening. Watching a black and white-musical-western space film under the expansive west Texas night sky, and the darkest night I have seen in a long time, it altered my DNA. I came to realize that the ambition and heart of the Cory McAbee film closely resembled the same ambition and heart I saw in Robin and the Marfa Film Festival. Neither of these labors of love are done for financial gain or stardom; they are done because to not do them would simply break their hearts.Director of Film and Theater, Josh Jacobs

About the Short Films

Cause an Effect, filmmaker Heath Ledger (musician is N'fa Jones), USA, 3:32 minutes (Music Video)
Ledger conceptualized and filmed this music video in his garage not long before his death in January 2008, and captured N’FA, a hop hop artist and boyhood friend of Ledger’s.

As I Am, filmmakers Alan Spearman/Mark Adams, USA, 14 minutes (Short Film)
This film floats through a remarkable young man's landscape, revealing the lives that have shaped his world. Poetic and powerful imagery, captured by Spearman and cinematographer Mark Adams, combines with the young philosopher’s trenchant observations about life.

The Marfa Film Festival screens a diverse mix of features, narrative/docs, shorts, music videos, and experimental works, as well as classics screened under a blanket of west Texas stars. Marfa Film Festival celebrates innovation and excellence through meticulous curation (seeking films that are inspiring and timeless) while creating an exciting environment where up-and-coming filmmakers and adventurous cinephiles mix with film legends in a captivating landscape and culturally rich environment.

Cory McAbee is a writer, director, singer and songwriter that began his career in media with the premiere of the animated short, Billy Nayer (1992) at the Sundance Film Festival. McAbee, originally from Northern California, spent summers with his grandparents in the Nevada desert, and in his twenties, he learned how to write and perform music undergoing different musical experiments including a band and solo projects. McAbee moved to San Francisco, California, where he worked as a doorman at assorted venues for twelve years, returning to music and forming the musical group, The Billy Nayer Show.

After his animated short screened at the Sundance Film Festival, McAbee continued to write and direct short films, incorporating the films into live musical performances, which was presented at the 1995 Sundance Film Festival as the festival's first multimedia event. In the coming years McAbee would spend time in assorted jobs and working on his first feature film, The American Astronaut, which went on to premiere at the 2001 Sundance Film Festival.

McAbee continued to tour with his band The Billy Nayer Show and writing screenplays. McAbee went on to create other films and is still active in the artistic community wherein he has founded an art collaborative, Captain Ahab's Motorcycle Club, and still writes and performs music.

This Texas Focus screening is in collaboration with Marfa Film Festival. 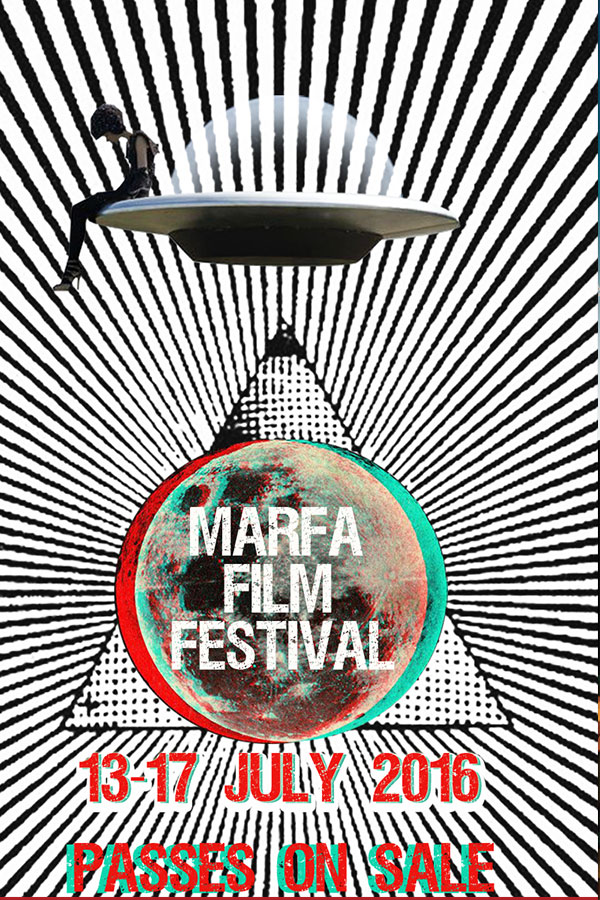 Texas Focus: The Blood of Jesus

Texas Focus: For the Love of Meat