A precocious and outspoken Iranian girl grows up during the Islamic Revolution in this animated biographical film based on the autobiographical graphic novel by co-director/co-writer Marjane Satrapi. The 1979 'Islamic Revolution' refers to the events involving the overthrow of the Pahlavi dynasty in Iran, supported by the United States.

Join the Bullock Museum for a screening and conversation about Persepolis, co-directed and co-written by Marjane Satrapi, as part of the Femme Film Fridays series, a film series highlighting the cinematic works of women, both behind and in front of the camera. This second season's theme is 'Identity'.

The title, "Persepolis," means "Persian City" in Greek. The word is the Greek transliteration of the Old Persian word "Parsa" ("City of Persians"). Parsa, or Persepolis, was an actual ancient city that existed in Persia c. 550-330 BC. Its ruins still stand in southern Iran today.

Marjane Satrapi is an Iranian-born French graphic novelist, cartoonist, illustrator, film director and children's book author.  Satrapi obtained her master's degree in visual communications from Islamic Azad University.  Her career began after meeting the French comics artist, David Beauchard and she reached fame due to her critically acclaimed  autobiographical comics, originally published in four parts, which later became, the graphic novel the film Persepolis is based upon.  Satrapi is acclaimed for her comic publications and is one of twelve women cartoonists listed to be deserving of lifetime achievement recognition by Comics Alliance.

Satrapi works mainly in both the French and English language medium. The Los Angeles Film Critics Association awarded her 'Best Animation' in 2007 and she has many other accolades.Satrapi's most commercially successful film to date was Persepolis, but has also directed and acted in other films since.She has also been a part of the 'Academy of Motion Picture Arts and Sciences' since 2016.

"When I want to make a movie I lock myself in the bathroom, because there are two mirrors, and I act out the whole movie seven or eight times. For me, it is a question of knowing the rhythm of the movie to feel it, but I look like a psycho doing this. Thank God nobody but me sees this. You do that many times and the story becomes yours, there is no other way to do it. I put all of my heart, my brain, my sensitivity [into it]. Even if the story is not mine,from the moment that I embrace it and imagine it, it becomes mine."

Ya Albi synopsis - A Syrian refugee adapts to life in an unfamiliar country after her husband’s immigration visa is unexpectedly rejected.

Christine Chen is a producer, director, and writer in Austin, Texas who founded Moth to Flame in 2010, a production company specializing in music videos, commercials, and films. She has been filming since she knew what a VHS camcorder could do. Christine has a B.A. from Rice University as well as a MBA from the University of Texas McCombs. In 2014, Christine's short film A Bird's Nest was a Top 5 Louisiana Film Prize Finalist and is available on ShortsHD later. FunEmployment, Christine's debut feature, produced under her banner Moth to Flame Films, is also currently being submitted to festivals. Christine is currently working on her short film, Shakespeare on the Range, as well as turning Ya Albi into a full length feature. 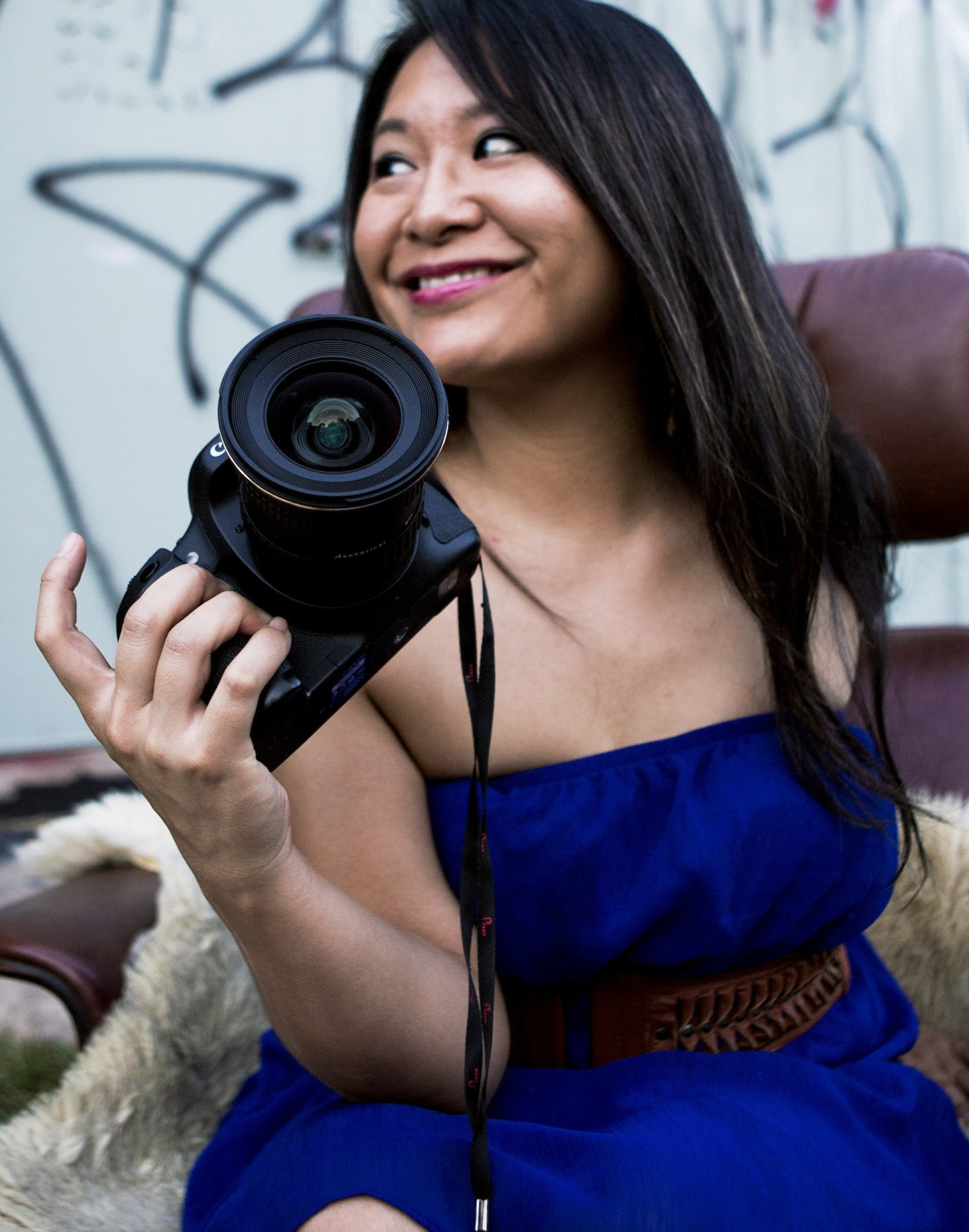 Dr. Jeannette Okur has coordinated the Turkish Studies program at the University of Texas at Austin since 2010. Drawing upon extensive experience teaching not only Turkish, but also German and ESL, she continues to develop new curricular materials for Turkish language instruction at the Novice, Intermediate and Advanced proficiency levels. As co-recipient of a 2015 UT Curriculum Innovation Grant, she is currently authoring print and online instructional materials for Turkish-language learners at the Intermediate-Mid to Advanced-Mid proficiency levels.  Dr. Okur’s research interests lie in the fields of comparative literature and literary translation, and she teaches Middle Eastern Studies courses, such as Love in the East and West, Turks in Europe, Urbanization in the Middle East:  Case Studies in Turkey, and Women Filmmakers in the Middle East.  She also organizes a regular Turkish film series, the UT Turkish-Ottoman Lecture Series, and a weekly Turkish conversation table.

Christine Chen is a producer, director, and writer in Austin, Texas who founded Moth to Flame in 2010, a production company specializing in music videos, commercials, and films. Chen's short film, Ya Albi, to screen prior to the feature film screening