The Sausage Capital of Texas 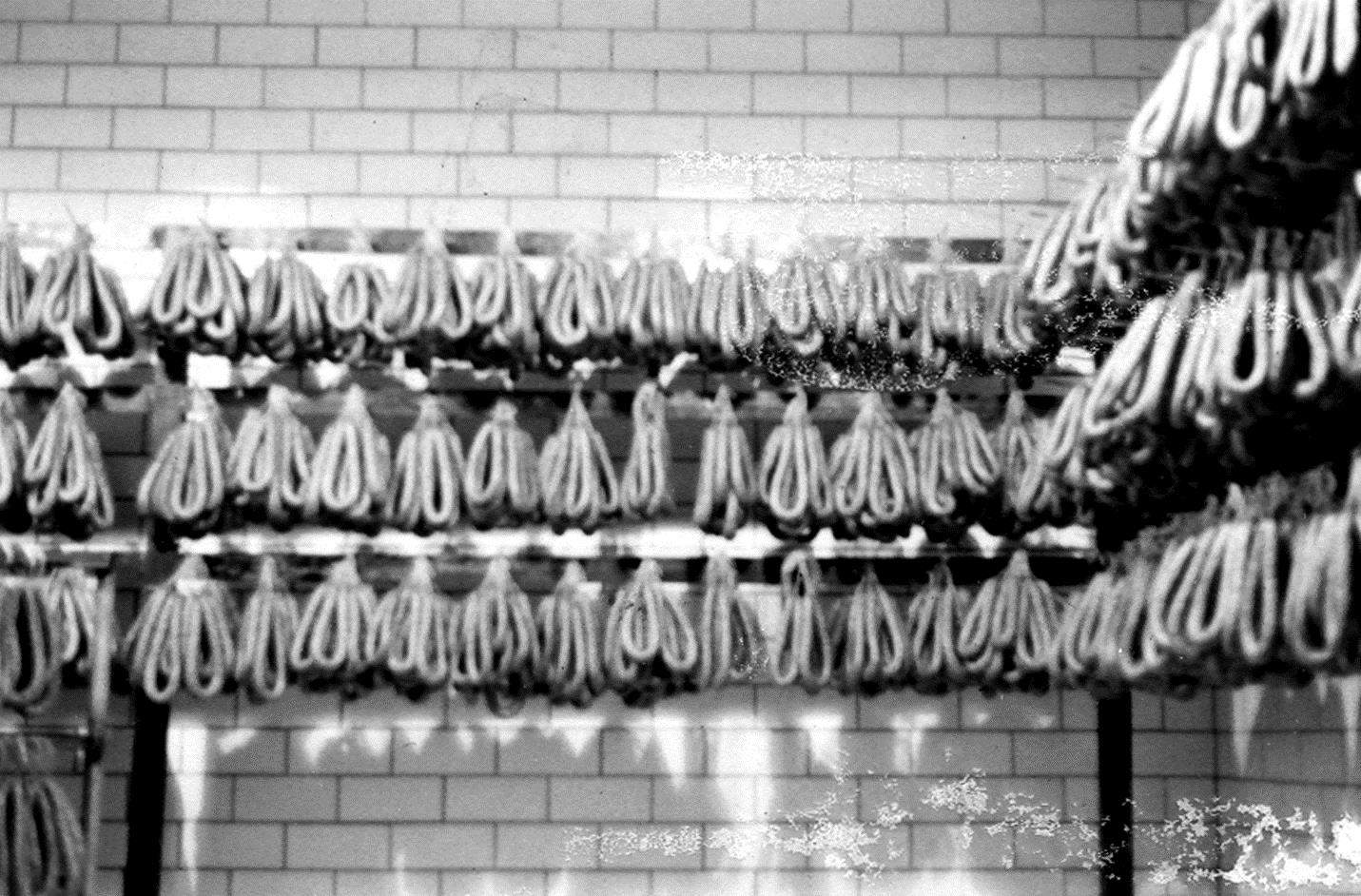 How did Elgin get to be the “Sausage Capital of Texas”? Like many Texas stories, this one begins with the railroad. The town of Elgin started as a watering stop for the H&TC Railroad in 1872. In 1886, William J. Moon, a butcher from nearby Hog Eye, opened the first barbecue joint in Texas. It was known as Southside Market.

This Elgin market happened to be located parallel to the H&TC railroad tracks. People could get off the train while it was taking on water for steam and grab a quick bite. Before refrigeration, meat markets had to sell or smoke meat before it spoiled. In true German tradition, Mr. Moon ground his beef trimmings, added spices and salt, and stuffed the mixture into a natural casing. The first Elgin sausage was served. The sausage became an unofficial trademark for Elgin, together with barbecue from Southside Market. Moon owned the meat market and barbecue joint until 1908 when he sold it to Mr. Lee Wilson.

Local stories abound about Lee Wilson losing the market in poker games and then winning it back several times. We do know that Wilson finally sold the market to Jerry Stach and Van Zimmerhanzel in 1942. Stach sold it to the current owners, the Bracewell family, in 1968. The different owners may have tweaked the original recipe, but the taste is thought to be very similar to the first sausage served in Elgin in the 1880s.

Although Southside had cornered the market on sausage for more than 60 years, their reign would be challenged in 1949 when Hermina and Rudolph Meyer opened a small drive-in grocery where they sold raw sausage made from their German family recipe. Mr. Meyer began giving samples of his sausage to small grocers in Austin, and they began asking him to make enough so they could sell it in their stores. Business boomed and the Meyers' son, Farrel Meyer, joined them in the sausage business in the early 1950s. This photo of sausage rings from the 1980s was taken around the time that Rudolph Meyer’s two grandsons took over the family business and sausage-making tradition.

There are many stories that circulate about the popularity of the Elgin "Hot Guts," as they were affectionately referred to by early customers. One of particular note involves the opening of the LBJ Library in Austin. When the press corps came for the dedication of the library, they sent someone to Elgin to get 20 pounds of sausage from Southside. The dedication did not take as long as was anticipated, and they were delayed getting back to Washington!

Locals still argue about which is the best sausage — Southside or Meyer’s. Southside's sausage usually is made from beef and Meyer's is from pork. Regardless of your preference, both sausages played a role in inspiring the Texas Legislature to proclaim Elgin the “The Sausage Capital of Texas.”

Sydna Davis Arbuckle, a native Elginite, documents and researches Elgin vicinity history as a legacy from her mother.