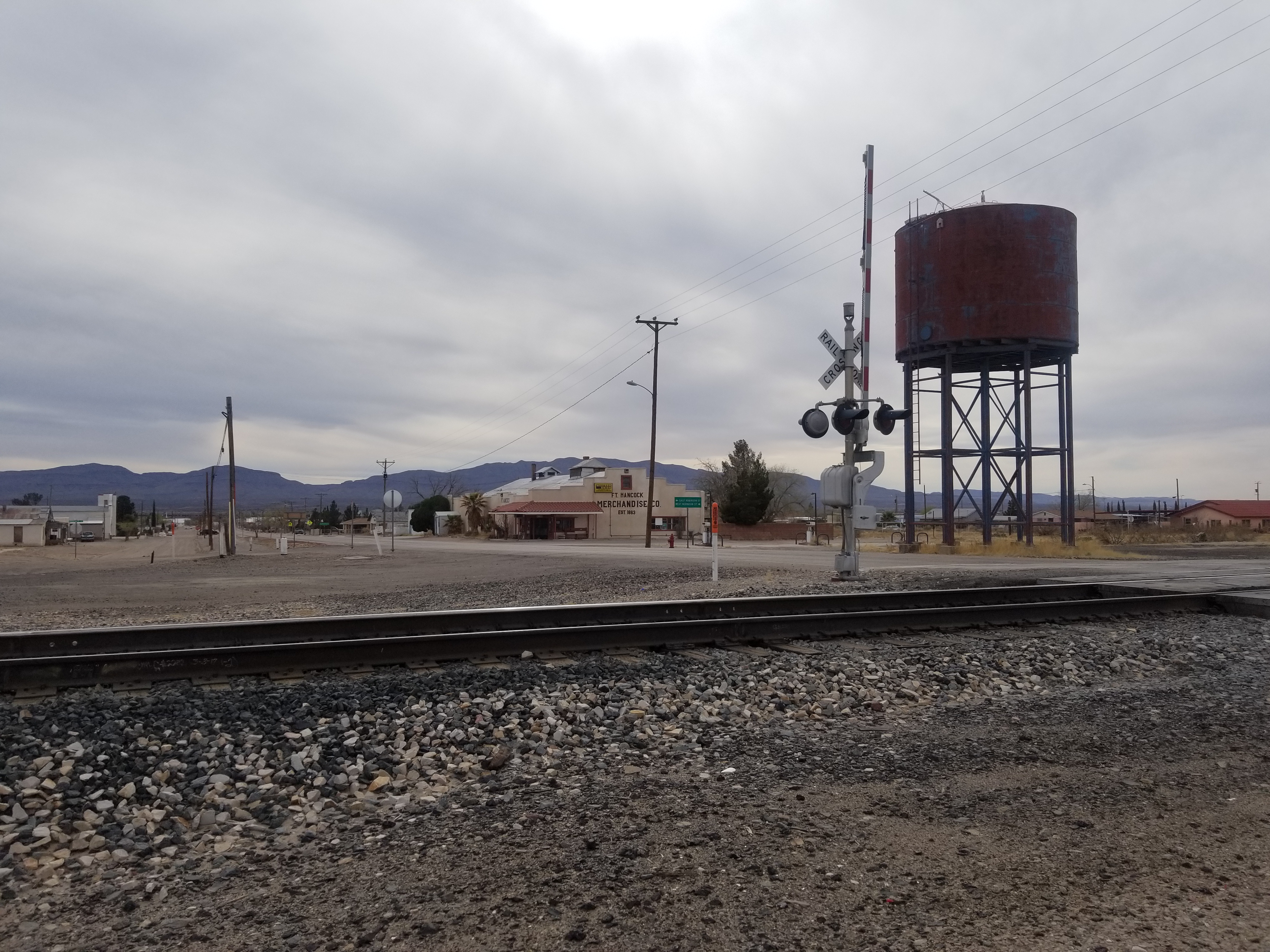 My grandfather gazed out into the desert plains, studying the rolling tumbleweeds and the small dust devils that kicked up with the wind. I watched him for a while and checked to see if he saw something that I was missing. No, the same desert plains of Fort Hancock, Texas. As I studied my grandfather's eyes, a train sounded in the distance and I saw a shift in them, a youthfulness, a memory. Yet as quick as it appeared it vanished. I approached him as he turned to look at me, his smile warm and welcoming. I smiled back at him and we began our walk down the old country road.

My grandfather began telling me he was enjoying the view, the sand dunes vast and stretching as far as eyes could see. After some small talk, he began to open about what he was really thinking about. Now retired, he was remembering his time working on the railroad. My grandfather began working on the railroads in his early twenties in Sierra Blanca, Texas which was only about fifteen minutes away from Fort Hancock. He described how every morning he was up before the sun had risen and would get ready for work. My grandmother was also up preparing his lunch for the day. It was a simple routine for him: get out of bed, get dressed, collect his meal, kiss my grandmother goodbye, and take a country road down to his worksite. The work was grueling, with heavy equipment and dangerous situations constantly plaguing the group of men at work. My grandfather worked from sun up to sun down, braving all the elements, knowing that by the sweat of his brow his family would eat and knowing that not even the hardest workers were guaranteed to stay.

My grandfather described a system of seniority that determined where each man within the railroad unit would work. Sierra Blanca offered my grandfather a quick fifteen-minute trip to and from home. No matter how hard the day's work, he could depend on the soft scenery of the purple desert sky, the sun sinking under the cover of the mountains that beckoned him home. Yet every year my grandfather worked the railroad, the distance grew. The 15-minute trip turned into a one hour drive, to a three hour drive, a four, a six, until he had to wait weeks on end to go home to my grandmother and my father. Yet even in the darkest times, when there was nobody to tend to his bloody hands, when there was nobody for him to eat with, or anybody for him to talk to, the old country roads welcomed him, called him home, to my father and my grandmother. He described in detail how the end of every workday left his hands shaking, how his sweat fed the earth, and how the years passed in the blink of an eye. Yet one thing remained the same: those old country roads that led home.

I looked into the eyes of my grandfather. In his eyes, I could see what he had lived — years of pain, backbreaking work, sweat, aches and bruises, early mornings and late nights. I saw all those years he worked for his family and it brought to me a whole different understanding of the sand dunes along the old country roads that his heart had explored. I embraced my grandfather and we walked into his home together with the faint echo of the train's final goodbye and the dust devils gently dancing on the old country roads behind us.