Now Everything is Better 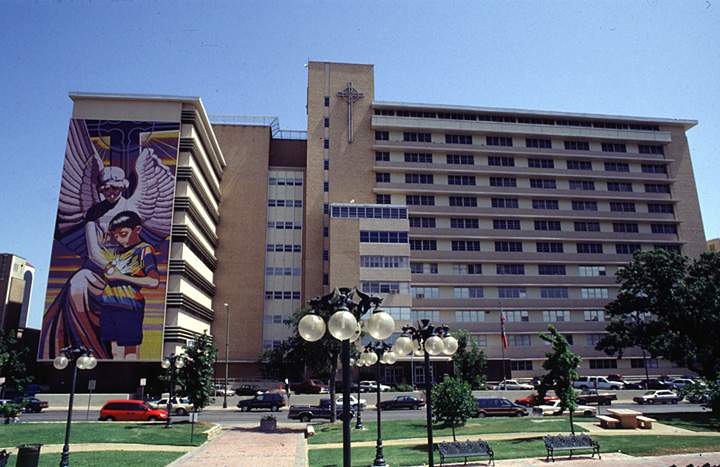 Born November 1975 in San Antonio, Texas, Lori Jimenez, had a rough beginning. Not long after she was born, her maternal grandfather noticed that Lori was ill and urged Lori’s parents to rush her to the hospital. Lori had developed meningitis, which actually runs in the family. She had an aunt who succumbed to meningitis in her infancy.

Lori ultimately dropped from 8 lbs to 4 lbs, as doctors connected IVs and worked hard to prevent an outcome like her aunt’s. Her parents were fraught with worry, and all they knew to do was lean on their faith. It was indeed her parents’ faith that helped them through the worst moments. Lori’s first Christmas was spent in Christus Santa Rosa Children’s Hospital with her parents praying over her.

Lori survived this trial in her life, with the only lasting blemish being a penny-sized bald spot on her scalp. While she often heard about this negative beginning, she never saw her illness in that light. Lori views her beginning as a gift because it helped her to understand early on that life is not to be taken for granted. As a matter of fact, because she knows her beginning was a challenge, her favorite day of the year is her birthday.

Yes, birthdays arrive with well wishes and gifts, but for Lori, her birthday is a reminder that she should be grateful for every day granted to her. Lori loves seeing the faces of her family and hearing her family sing, at times off-key, “Happy Birthday to You and many mooore...”.

Lori often finds herself preaching to others, “Be grateful for what you have and find your happiness.” Perhaps too, this is why, she does not shy away from being authentic. So much of who Lori is now is shaped by the knowledge of her potentially fatal illness.

Only once, at the age of fourteen, did Lori forget that life is a gift. She forgot that critics, even familial ones, are wrong to judge a person based on the superficial. But at fourteen, we rely on our family to boost us and appreciate our character and our accomplishments, not focusing on the superficial such as weight. For all Lori’s achievements, weight and appearance were all that mattered to one family member. And so, one night at age fourteen, Lori stared at a bottle of pills behind a locked door for quite some time.

But the thought that Lori was quitting instead of fulfilling her potential as a person, a woman, a human, stopped her from doing anything rash. And she never mentioned this lowest point in her life until now.

Now at age forty-four, a full thirty years later, Lori works hard to appreciate herself and others for their character. She actively preaches to her nephews and niece to treat others with kindness and to understand who a person is before passing judgment. Lori loves her family, her life, herself.

Lori has more than a good life. She is successful in what she attempts, and she is grateful for every yesterday, today, and tomorrow. Lori says, “This was not an easy story to share, but it is who I am and why I am.” For Lori, a deep appreciation for life has ensured that “Now Everything is Better!”

Louis Gutierrez is a sophomore Biology major at St. Mary’s University located in San Antonio, Texas. He aims to attend medical school to become a pediatrician. Louis is currently a certified Pharmacy Technician and Medical Assistant.