Migrant to Mayor: Made in Mexico 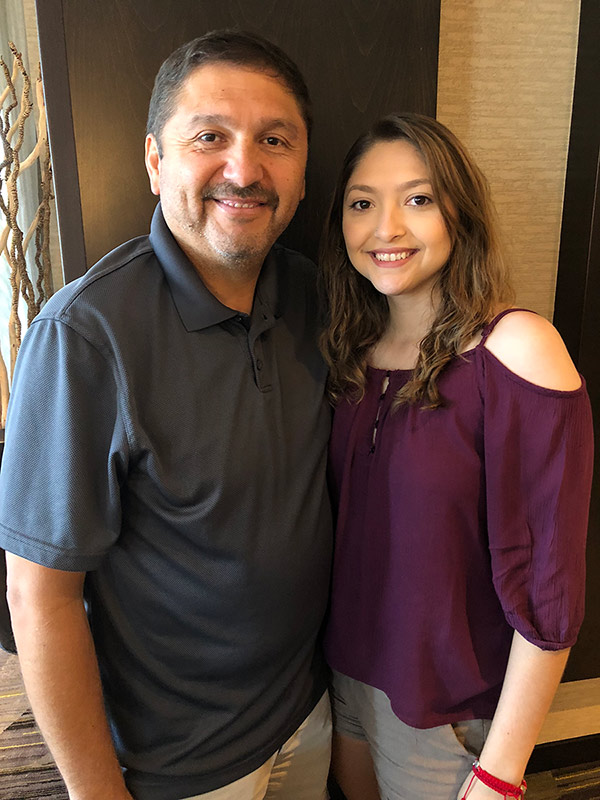 “Amiga, let’s go to the United States” said my grandmother’s friend. Getting into a vehicle with only a few bags of clothes, my father’s journey began. My grandmother did not want anyone to ask questions about how long they would be in the United States since, they only had permission to visit. The permission was granted because some of father’s siblings were born in the United States. They had rights to travel from one country to another. Therefore, they left a lot behind and just brought what they could carry. My grandfather did not want to leave Mexico, but since everyone was leaving he said “Might as well. I’ll drive and go with you all.” They crossed the border in a car, showed their documents, no questions asked.

Arriving to Laredo, Texas my father and his family moved into a big house that my grandmother’s friend led them to. It was a corner house with wooden floors. He recalls this memory by saying “Every time we ran around, you could hear the footsteps all over the house.” They then moved to small storage room. That one was rough, using a restroom that was outside, and they had to be careful with the floor since it was already damaged. They moved again. In their new house, my father’s younger sister got really ill. Since, they were the oldest, they were not allowed to go to school because in Mexican culture the oldest are always told to help their parents before thinking of themselves. Soon after my grandmother took her daughter to the clinic, social services showed up and started to ask questions about the children. My grandmother was in the backyard washing clothes with her bare hands, scrubbing the clothes down with soap on a washboard. A man from social services knocked on the door, and told them that the government would give them a house and my grandmother a job with a salary, which was unheard of. The social worker showed my father and his siblings where the bus was located to take them to school. In that moment, my father realized that living in the United States was going to be a better life even though at that time he was only 10 years old.

Of course, the students and his teachers were cruel since they did not know English. Alone in the hallway, my father and his sister would use a book and a recorder that would pronounce the words for them since they were not allowed to be in the classroom. In 1983, they finally received their documents that said they were legal residents. The document stated that they were “Resident Aliens”. Jokingly, my father says “Almost as if we were up there in space”. They started filing their income tax, saved their money, and moved to Rio Bravo, Texas to build their house on a property that they bought. My grandfather and his sons went to the property and started building. My father joked saying “That house will never fall down because we put so many nails to hold that house up.”

Once moved in, my father joined a youth group at a Catholic church and met a man named Juan Lopez who motivated him to take the citizenship test. “You have a lot of ideas and you are what an American is” he said to my father. Of course, nervous to take the test, he was only asked one question, the man asks “How many windows do you have in your house?” my father responds “Eight” and the man then signed his documents. In 1989, my father became a naturalized United States citizen. Going on with their life, my grandmother thinks of opportunities for her children to go to college and there was this program for migrants to clean up ranches. Soon they learned that those ranches were in different states.

That’s when my father finally for the first time at age 17 saw what racism truly was. When they went to Arkansas in 1987, the people that they were working for placed a trailer in the middle of a dump and made them live there. They laughed at them and made fun of them. The trailers were falling apart. They moved to Iowa after this discrimination, and the people of Iowa did so much for them. They gave them extra money for food and good housing. After all this travesty, going back home to Rio Bravo, Texas, my father then made his life all about working.

At the age of 23, my mother motivated my father to run for mayor. He lost by 2 votes, but that did not stop him. He ran again at the age of 25 and won. The town was only made up of 9,000 people and the job was voluntary. He imposed property taxes, 50 cents for every 100 dollars. He then imposed franchise fees to pay the government for the town. It created money so that they could develop a fire department in the small town while in his term, established a city hall for the town, and a police department. He gave up a lot of opportunities and still succeeded. He was married and had children, yet he was still able to obtain his bachelor’s degree in Business Administration. His story is one of many. Although his life has never been easy, he is probably the best at never being selfish. His values have never differed. He is a true American, one who will always be proud of his Mexican roots.

Crystal Garcia is a Sophomore at St. Mary’s University. She majors in English and Philosophy with an interest in Law School. She is a born Texan and has always been interested in Texas history. Garcia was born in Laredo, Texas and has lived there her whole life. Garcia is the Historian of her sorority Alpha Sigma Tau.