By The Grace of God: "The Glory and Honor Forever Belongs to Him" 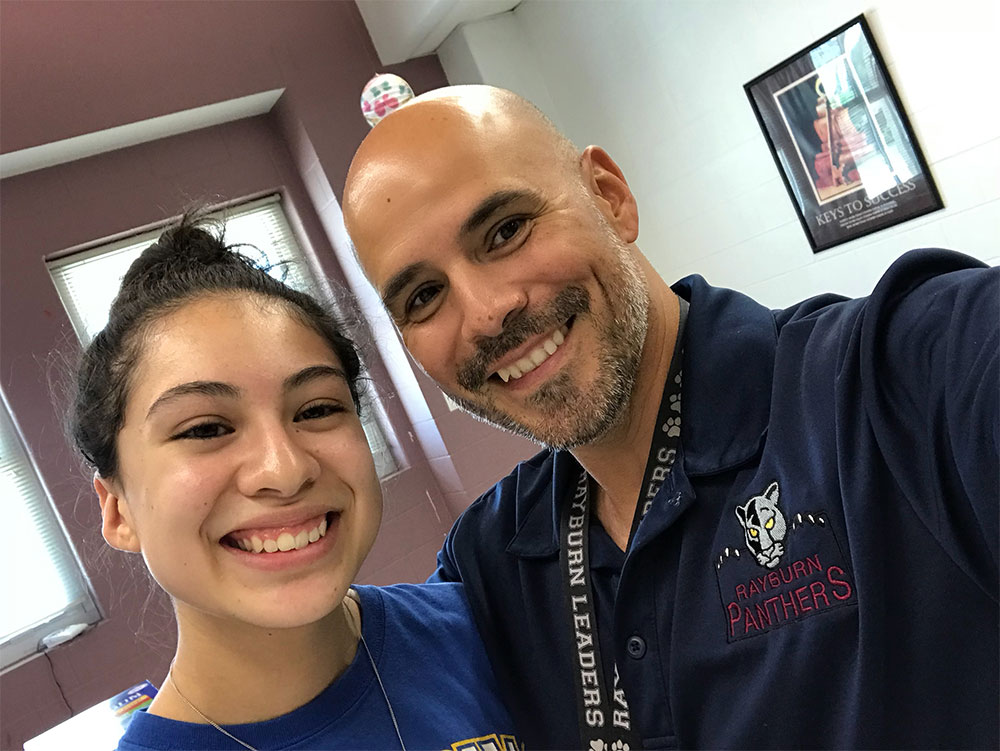 Whilst deciding on who to do this project on I listed a couple of people who seemed as if they were the perfect fit for the assignment. My uncle, who owns a very successful restaurant down in the Southside of San Antonio or my mom's boss, whose hardships and integrity led to him becoming one of the most successful people whom I have ever met.

However, as the due date came closer, these subjects didn’t seem to fit with the type of report that I wanted to create. Although business is my field of study and I am fully prepared to take on the hardships and successes of it, there has always been a part of my life that has been more important than my studies. Just recently I have found myself becoming more interested in exploring my faith and becoming a born again Christian. Now this decision, like many involving religion, was a difficult and hard thing to interpret, especially as a 17 year old girl, but I allowed God to guide me down the right path and help to influence me to be baptized. After the event, it was difficult to stay on track and live my life by God’s plan and not by mine. It was inevitable that I would be taken down another dark path, as the Devil always finds a way to steer you in the wrong direction especially with people who have just given their life to Jesus. This is why it is important to surround yourself with the right people to assist in bringing you back to the light of God. At the time, I hadn’t really thought of anyone who stood out besides my pastor whom I had never spoken to personally, but I was too intimidated to ask for help from someone who obviously knew way more than I did about his faith. One night, as I sat in my first night class of the semester I felt as if I was hitting rock bottom. Externally, I was keeping myself composed as to not disturb or worry anyone in the class but internally I could feel myself hurting and decided to message one of the most influential people in my life. My third grade teacher: Mr. Rodriguez.

Mr. Joseph Rodriguez, or Mr. R as I like to call him, was “born and raised in San Antonio” and had been an elementary school teacher at Rayburn Elementary for almost 20 years, until this year when he decided to leave. Although Mr. R had been such an amazing influencer in his field he had not anticipated being an educator. His original focus was architecture; however, he believed that he was “called by God to serve in education.” As all students who are starting a career path, he went through many hardships to get to where he thought he should be.

“It wasn’t easy. There were many obstacles. I had to sacrifice time away from my daughter to go back to school and secure a job. You find out pretty fast whether or not you’re cut out for teaching or not. However, being a teacher and being blessed enough to serve in an arena where I could impact young lives made the journey and continues to make the journey worthwhile.”

Being a teacher and a Child of God can have a way to overwhelm a single person, but Mr. R fully relied on the Father and his Holy Spirit to guide him through his experience. His motivation and integrity has always stemmed from one phrase that his dear mother taught him since he was a young boy: “with God all things are possible.” This statement led to many successes which he defined as being something that has never been “associated with money or accolades” but was “based on happiness and how many people may have breathed a little easier while [he] was here on this Earth.”

Although Mr. R has retired from his teaching career he has striven to further his journey in education and hopes to gain his PhD to become a school principal. He also wishes to “grow on [his] faith and relationship with God” to achieve in inspiring and influencing anyone who is willing to learn about the impact that God could possibly have on your life.

My name is Allison Alvarez. I am 18 years old, attend St. Mary’s University as a Business Major, and I am a Christian. However, being a Christian may not mean what you think it means. Growing up, I was told that Christianity was a type of religion just as any other one such as Judaism, Catholicism, and many more that you may be familiar with but, to me, that is simply not the case. Religion, in my opinion, is just a label used to classify the different traditions and ways of worship each group chooses to follow. With that being said, each “religion” has the same concept and motive. Worship God and teach His word. No matter what way, no matter which version, no matter how you choose to express it, God is always good. And that is what I wish to emphasize today and every day for the rest of my time on this Earth.