A Place Where Everyone Knows Your Name: The Backstory of a Historic Ice House 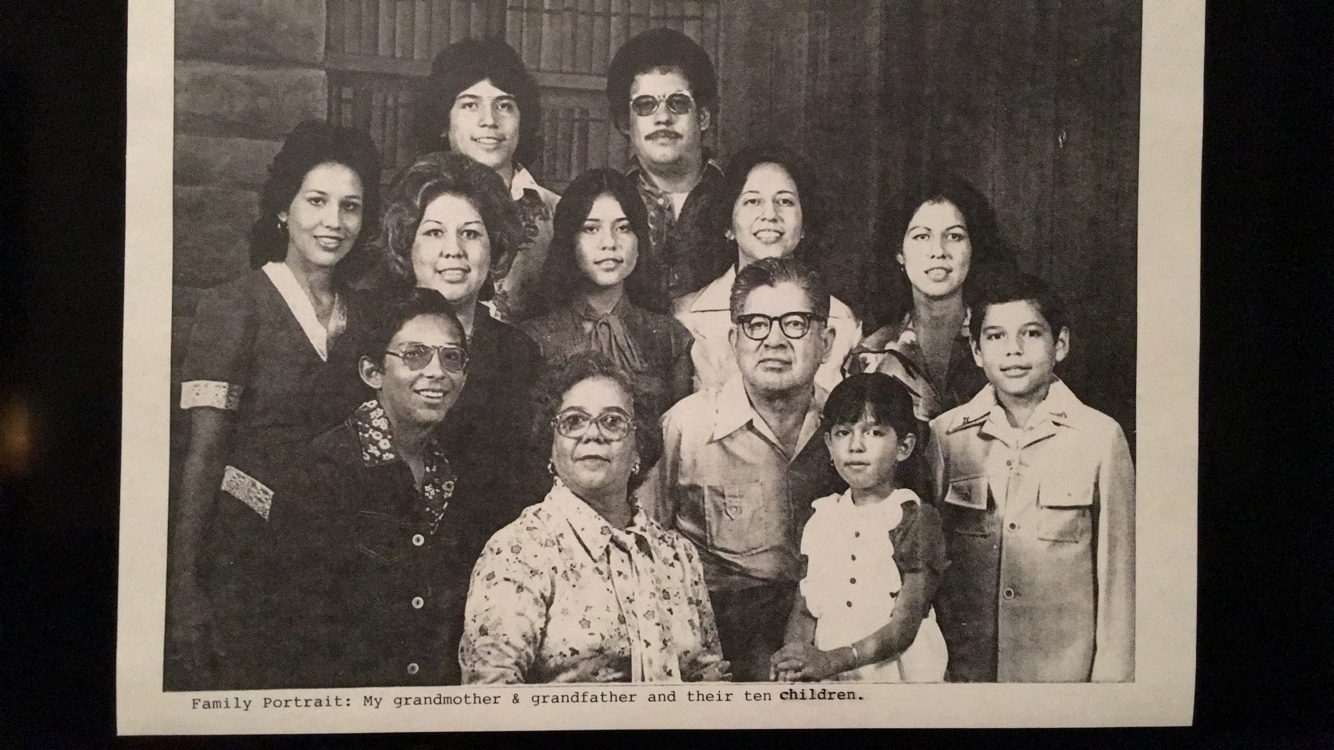 Imagine a place where everybody knows your name, a place that flourishes with a familial atmosphere that makes you smile at the mere thought of it, a safe haven of sorts from trials and tribulations of the day to day.

This place did indeed exist, (and no I am not talking about the fictitious Cheers bar that resides in Boston). I am referring to a local landmark named Ruben’s Ice House that had been a staple in the West Side of San Antonio for many years. But the story of Ruben’s Ice House is one of struggle, dedication, and goodwill as the Reyes Family embarked on a legacy that continues to this day.

Manuel A. Reyes and Elida R. Reyes began their journey into the world of business with Manuel’s job working for his brother Robert Reyes at his grocery store. While Manuel was working tirelessly to provide for his children Ruben, Ludivina, Elida, Guadalupe (Irma) and Esmeralda, there was a hunger inside of him for something more he could do to provide for his family and be more independent. Manuel changed jobs and worked for the Hotel Plaza in 1946, slowly working his way up from dishwasher, waiter and then eventually a chef. After saving up money and incorporating skills that he had acquired throughout his jobs, Manuel and Elida opened M & E Groceries and Market in 1957 (according to the City of San Antonio’s assessment Westside Landmarks Phase I.) M & E Groceries was a family-operated business that was there for the people of the West Side. Elida Huron (3rd oldest of the Reyes children) remembers the store, “...he had this blue truck, and he would give people credit, he had a little box with those cards...index cards where you write the name of people and he would give them credit. They would get paid maybe once a month...he would give them credit and he would deliver to their homes in that little blue truck.” With things going at a decent rate, Manuel and Elida were thrown a curve ball with the progression of HEB and other supermarkets slowly creeping in on the Reyes’ business. According to the City of San Antonio’s Westside Landmarks Phase I Assessment, in 1960, unable to compete with the up and coming grocery stores, Manuel decided to convert the grocery store to an ice house with a connecting restaurant.

The Ice House was affectionately named Ruben’s Ice House after Manuel and Elida’s oldest son Ruben. Manuel and Elida were continued to be blessed with more children, Manuel Reyes Jr., Patricia, Javier, Martin and Veronica. Now with ten children, Manuel and Elida continued to run their place of business as the girls/women worked primarily in the restaurant portion of the business, and the men/boys worked in the Ice House. George Huron, Manuel’s son-in-law, reminisces about Ruben’s Ice House. “I remember it as a meeting place, for people to go and talk about situations and enjoy a beer. I don’t know other than that, a bunch of business people would hang around there...very prominent people would go there. There was mailmen that went there, businessmen that went there, there was policemen that went there, there was city hall people that went there...there was a tailor from Fort Sam Houston that went there that had contracts to alter all of the uniforms for the soldier boys.” The Ice House (along with the connecting restaurant) became the West Side’s very own Cheers as people found a home away from home at Ruben’s. “It was a pretty fun place, that’s for sure,” Cathy Huron Torres, Manuel’s granddaughter, remembers. “My grandmother seemed to like to spoil us, but we seemed to like it even more.” John Huron, Manuel’s grandson, talks about a good memory of his grandparents’ place of business. “I remember as a little boy, probably ten years old, walking into the bar side of the building, and my grandfather was sitting there on some soda crates. He would stack the shipments of soda crates and sit there. There were men sitting alongside the wall drinking, I would go in and give them a hug, the men were very nice, they never said anything (the men sitting against the wall), and my grandfather would hug us all and say ‘Go to the other side, go talk to your grandmother, tell her to give you something for free.’ And so we would go through the back and go to the other side of the building where my grandmother was, and she would say ‘Pick something.’”

Ruben’s Ice House continued its representation as the silent guardian of the West Side until 1987 when tragedy struck for Manuel and Elida as Manuel was diagnosed with Parkinson’s Disease and Alzheimer’s. This proved too much of struggle for him despite his valiant efforts to carry on, and they were eventually forced to close down Ruben’s Ice House. The legacy that Ruben’s Ice House leaves behind in our community is one of hope and triumph as what started out as a man trying to provide for his family led to one of the most unique stories that San Antonio has to offer. Elida Huron commemorates her parents’ never ending passion for the people of the West Side, “He would hire neighborhood kids to help out. And my Mom would take groceries to people in need in the neighborhood and not charge them, without my Dad knowing,” she laughs. “When you lived in that area, you knew the people in need, you knew who needed things...everybody helped everybody. There wasn’t any...food stamps...welfare, none of that. So people just helped each other.”

The Esperanza Center for Peace and Justice is currently working to restore Ruben’s Ice House to its original status to honor the history of the West side and convert the inside into a museum.

Rachel Huron is a Freshman Communication Studies student at St. Mary's University. Rachel hopes to continue her studies as a Communication Studies Major and one day make her way into the film Industry. Rachel is the great-granddaughter of Manuel and Elida Reyes, and is proud of her family's legacy that continues to live as a part of San Antonio's history.

Rheanna J. Crabbe The Walk
Hannah Kristynik Money Isn't Everything: Discovering Your Passion Is Not Impossible
Camille Love Me Before You
See All Stories »