Saturday Night on the Avenue 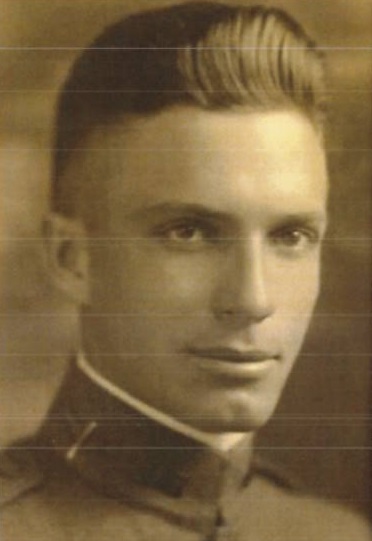 Editor's Note: The following is an essay written by Rupert Cook Robertson for an English class at The University of Texas in 1914. The "Avenue" in the title refers to Congress Avenue.

The rain is coming down slowly, and it wets the street so that it glistens under the big arc lights like a large mirror.

The red and yellow drays are bespattered with mud. The street cars, automobiles, and other vehicles are rumbling down the street with such a terrible drum that I would think I was by myself if I could not see the throng of people moving up and down the street. Some are gazing at the beautifully lighted show windows which contain various shades of the latest styles of clothing; some are on the inside of the store purchasing articles, and some are looking at the red, white, and green moving picture signs, and debate with themselves whether to go in or stay outside and parade the street with the "mob."

The crowd is composed mostly of University students, but they are not in a hurry tonight. This is unusual, because as a general rule, these fellows are restless, and always go with push and vim wherever they are. But the college spirit is here, for every now and then I hear the jolly laugh of some young man at the joke or remark of one of his companions. Boys and girls in couples, clad in their grey and brown rainproof garments, are present in great numbers. There is an air of happiness and success among them as they go down one side of the street and come up the other; the thought of the green-back English book and the brown cloth-covered mathematic text is left behind and forgotten.

The crowd is divided into groups which represent different fraternities, clubs, and various other organizations. Each individual bunch has a characteristic of its own. The Rusticusses wearing big hats, the Phi Gamma Deltas grey mackinaws with a blue stripe, the Sigma Nu's ties, and the other organizations have some similar distinction. The rest of the crowd is compiled of town girls and boys; brown [Mexicans]; Negro men and women; and a great part of the Jewish population. Here and there, and at every corner, I see a policeman watching the crowd as a cowboy on horseback watches a herd of cattle.

The street is as crowded with vehicles as the sidewalks are with people. Along the curbing are many automobiles with their radiators pointing toward the crowd and the rear ends toward the middle of the street. At intervals are found horses and buggies, but not many because automobiles are rapidly taking their place. Then, there are the candy vendors in their dingy clothing, selling brown peanut and pecan candies. The popcorn man has his wagon driven close to the curbing, and is selling chewing gum, peanuts, and pink popcorn. The whole scene has an atmosphere of relaxation and freedom in spite of the gloominess of the weather.

Your details are interesting but your sentence structure is uncertain.

Rupert Robertson's son, Dr. Jack Clark Robertson, discovered this essay and many other letters, documents, and photos in a box of his father's memorabilia. Dr. Robertson has written a biography of his father– a Marlin high school track star and UT track letterman– and donated artifacts to the H.J. Lutcher Stark Center for Physical Culture and Sports at The University of Texas. Dr. Robertson retired as the C.T. Zlatkovich Centennial Professor of Accounting Emeritus from The University of Texas at Austin. A native of Marlin, Robertson and his wife live in Austin.

Paul Holman Going to the Library with My Grandfather
Susanne Waller A Tribute to Working on the Railroad
Christopher Hohman The Year 1922: A Time of Triumph and Trial for the Old Spanish Trail
See All Stories »