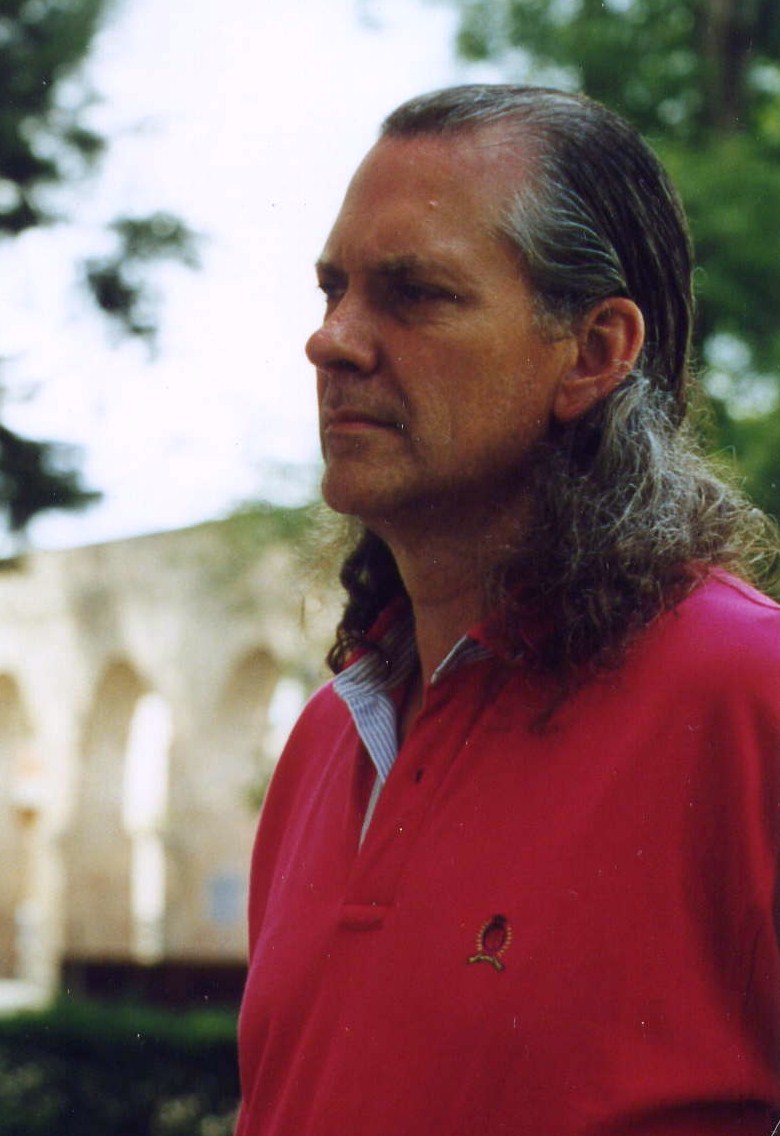 Andy Warhol said we have one moment of fame. One moment when we are stars. My chance at that moment came the summer of 1962 in Temple, Texas when I was twelve. Little league baseball was approaching its conclusion, and my team, the Lions, needed to win the final game to take the city championship and go to the playoffs. Whether or not I made it to a third year in the playoffs was of no real consequence to me. I didn’t really care for baseball. It was my father who loved the game.

My father was not a native Texan. He was born in Fancy Farm, Kentucky. The two favorite sports there being baseball and basketball, with football coming in an anemic third. So even though he didn’t push me, it was only natural my father wished for me to play baseball. And baseball was okay, I just wasn’t good at it. I couldn’t fault my father’s efforts to mold me into a decent player. He came home from his job at the gas company where he worked digging through limestone rock for gas pipeline settings and took me to a field across the street from our home where he batted flies to me or helped me sharpen my batting skills. In addition, he was left with supper chores since my mother had to care for her invalid mother after work every day. It was a lot of time invested on his part. So even though the game never appealed to me, I gave it my best shot. I wanted to give something back. I wanted to please him.

The night of the last game that Texas summer of 1962 found my parents rushing to get ready. It was a double header with my team playing the second game, so I knew that dusk would be falling by the time we took the field. Before any game, my stomach balled into a knot. That night when we were close enough to see the stadium light poles outlined against a clear sky, that knot was even tighter. We arrived before the first game was over. I went to join my teammates while my mom and dad sat with the other parents. The smells of the ballpark were stronger than usual that evening. Everything from the pungent order of mustard slapped on hot dogs to the wet, icy, sweet aroma of snow cones filled the air.

The first game had no bearing on the playoff picture. It was just nervous time for me, my teammates, and our parents to kill. When it was over, I felt relief knowing we were going to play the last game of the season. The sun was setting and spread a purple, pink pallet into the evening sky. The bases were cleaned, umpires changed, and lineups turned in. The lights came on as we took the field.

Like us, our opponent SPJST had lost only one game that year. The problem was that our loss early in the season had been at their hands. By all tabs, it looked as though this game would be a repeat of our first one with them. They were drubbing us. We were six runs behind before we knew what hit us. Their fans were delighted. They yelled and jeered while our supporters remained subdued.

I didn’t play the first five innings. I imagine the coach wanted players he could count on—those who were consistent. My feelings were certainly not hurt. In fact, I would have been happy not playing at all. But in the bottom of the sixth inning, he put me in. Now the certainty I would have to bat initiated tightness between my shoulder blades.

In the same inning I went in, our pitcher was injured by a hard, lined ball. An amazing thing then happened. For some reason, the opposing team could not get a hit on our relief pitcher. This inspired my teammates, and in the seventh inning we were only two runs behind. As fate would dictate, my turn to bat came with two runners on base and two outs. I had wished for the batter ahead of me to strike out, foul out, or hit into an out to save me the humiliation of being the final out, the one who lost the game, because that’s how my teammates would see it. Of course, the player preceding me got a base hit and became the second runner on base, leaving me in the limelight.

I approached the plate as the umpire was sweeping off the red dirt with his whisk-broom. I looked at my coach and saw a forced, tight smile plastered on his face. I could only guess what was going through his mind, what kind of questions he was asking the fates about the unpredictable kid on whom his season now rested.

The sounds in the ballpark became a constant buzz. I felt numb and distant, like I was under water instead of standing on firm ground. Sweat rolled from under my cap. I felt warm pools of it fill the inner cups of my ears. The catcher eyed me with delight and pointed me out to the pitcher as if to remind him of my ineffective play in the game between us earlier in the season. And he must have made this point since the pitcher grinned widely like the Cheshire cat from Alice’s wonderland. And why should he worry? It was just me. I was no threat. I imagined their coach was already on the phone, securing the first right to choose the field and town where he wished the playoffs to begin.

In my anxiety, I had forgotten about one person. As I turned, there he was. My father’s face met my frightened stare with a calm that was beautiful to behold. His smile said it did not matter as long as I tried.

I prayed to the gods of baseball. I asked for one moment, one instant when I could slam the ball so far into space it would never be found. My hearing cleared. As the numbness left my body, I heard a roar. Both sides were screaming at me from the bleachers. The opposing fans taunted me, and our supporters urged me on.

At that moment, I sensed, as I never had before, the physical space my body occupied. I was separated from all around me. I was a star that could shine or burn out in a solitary space in the heavens.

The tension mounted. Both sides intent on the scene unfolding before them. Ball three, low and inside, just missing the inside corner.

Strike two. A fine line just above my ankles on the outside corner.

Silence filled the ball park. This was it. The moment could end in a walk, a hit, or a strike out. My coach called time and motioned me over. To this day, I have no idea what he said to me. All I could hear was the pounding of my heart.

I could not turn to look at my father as I walked to home plate. I realized this was my play. No one could help me.

The pitcher’s face betrayed no emotion, save cold calculation, as he let the throw go. It was high and outside—a sure ball and a free walk for me to first base. But something shadowed my rational mind. I felt the tightened muscles of my shoulders unravel. My arms moved into a full swing. What was I doing? This was madness. Mortifying madness.

It took a second to realize the heavy end of my bat had connected soundly with the ball, sending it into an underplayed right field corner.

As I ran to first, I saw my coach waving the other runners and me to come home. I was moving so fast I almost caught up with the runner in front of me. When I rounded third with my socks falling around my shoe tops, I saw the catcher brace for the incoming throw from right field. I went into a slide and felt the heavy thud of the catcher’s mitt strike my leg through the dust-raised home plate. The catcher and I simultaneously looked at the umpire who seemed at that moment larger than life. A huge blue bulk with a caged face.

To repeat a well worn phrase, the crowd went wild. My teammates cleared the dugout and mobbed me. My parents jumped up and down, hugging and screaming as did the other spectators on our side. It was my moment. My Andy Warhol moment.

But, there was still one half inning to be played. It didn’t matter though. Everyone, even our opponents, knew we were going to win by one point. And we did. They were three up and three down in their final time at bat.

The playoffs didn’t go well. We lost the first game by a one to nothing tally. The team we played was from McGregor. They had a mammoth pitcher who threw with lightening speed. In fact, it was his home run that counted for the only score. I batted three times and struck out three times. I did hit the ball twice, but they were ground fouls.

That was my last year to play baseball. What remained of those summers were three team caps and three trophies. The trophies weren’t large, certainly not like the ones you see for the Indy 500 or the Super Bowl. They had a dark wooden base about two inches high and four inches deep, a silver plate on each front with the name of the team and the championship date, and a golden batter standing three inches high in an eternal swing, watching his hit sail into infinity.

My parents kept the trophies at home. Over the years, their positions of honor on top of my grandmother’s china cabinet changed, going down in status as time passed. After thirty-six years, they made their way inside the cabinet, becoming silent tenants along with old plates and saucers, discarded magazines, receipts, and other odds and ends accumulated there.

Occasionally, I will open that cabinet and dig out one of the trophies. The last one is always my first choice. Shrouded memories will clear as I move my fingers over the wood and metal, that night stirring my soul once more. That one night forever held by a boy playing a game he didn’t particularly like. A boy who swung at a ball he should have, by all accounts, let pass.

Timothy C Hobbs is a retired Medical Technologist living in Temple, Texas. He did play in the 1962 City of Temple Little League Championship for the Lions against SPJST. And he did have that Andy Warhol moment in the top of the seventh and final inning.