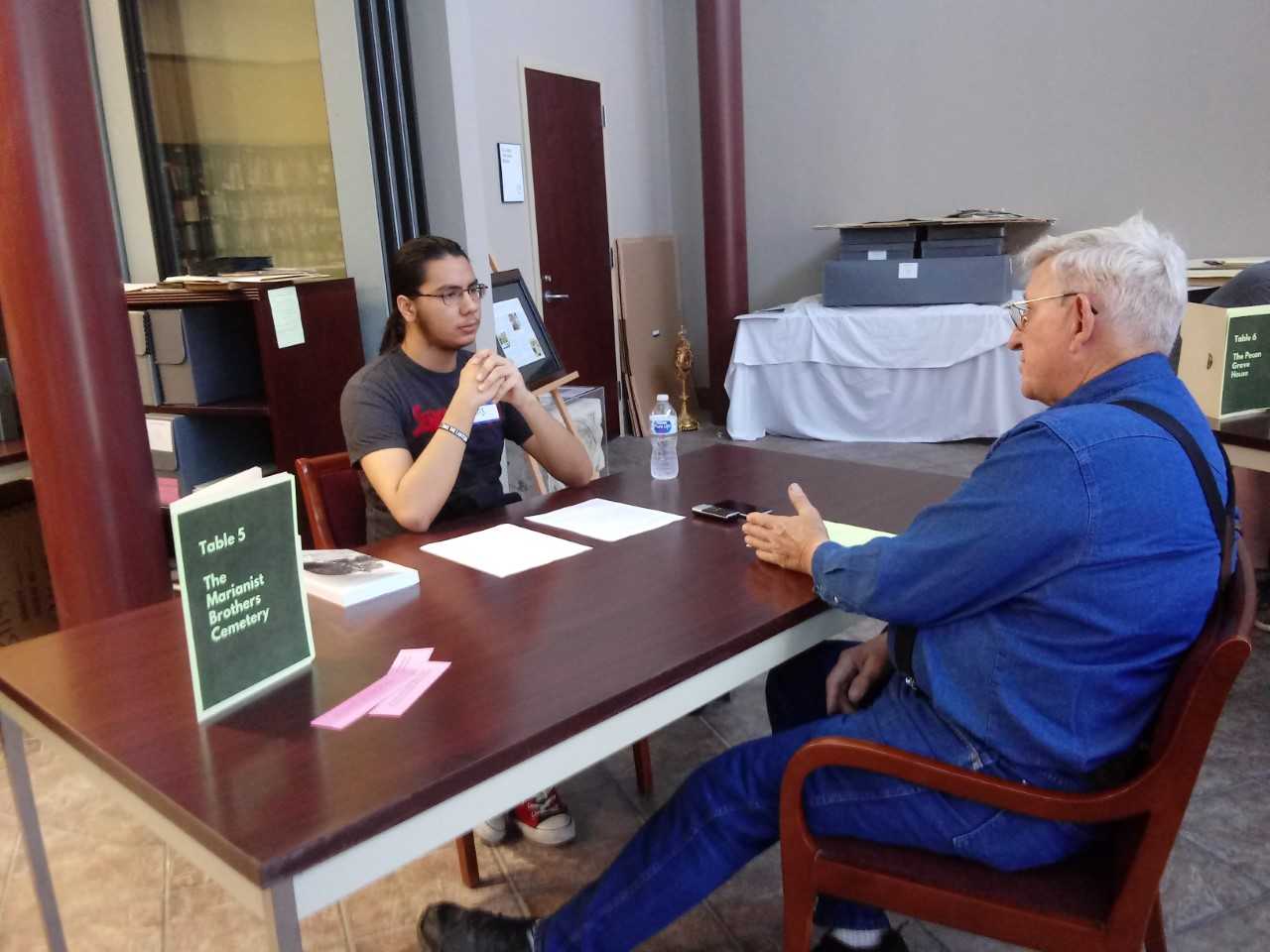 Brother Jim Jakely has served St. Mary’s University for several decades and is greatly respected for his hard work performed at the Marianist Cemetery. Brother Jim has personally dug over 100 of the 250 graves in the cemetery using only hand tools and the machinery provided by the University.

Brother Jim is also in charge of finding specific suppliers to fit the strict demands for all of the gravestones found in the cemetery. The gravestones must all be cut to a perfect dimension and be a bright white marble following the grave of the first brother buried in St. Mary’s University. Another aspect that Brother Jim is in charge of would be the logistics side facing the cemetery. The biggest problem regarding the cemetery would be the space left for future brothers. In response, Brother Jim has decided to expand the cemetery by at least 10 additional graves, granting several years before a new solution is required.

As we know now, Brother Jim Jakely was the head of digging the graves and the story that he had for me revolved that day around the biggest challenge of his time. During the year 1986, San Antonio was subject to one of the most powerful snowstorms in Texas history. At this time, Brother Jim still had to dig a grave for a brother who had passed but he had to do it while dealing with an unbelievable 13 inches of snow! Brother Jim had to first, dig the grave and pile the dirt on the side, and then use a vehicle to move the dirt away. Jim mentioned how the tools he used simply stopped working under the conditions but it would take much more than that to stop Jim from completing his job. Brother Jim worked all the hours required to perfect his job and even through the difficulties of rock hard ground and messy mud after the snow thawed. He explains to me during the interview that “It was a beautiful thing to see, but a mess to deal with” and truer words could not have been spoken.

Brother Jim’s story resonates strongly with me as I strive to reciprocate the same effort that he puts in his work in my own life. With even half of the work devoted to St. Mary’s, I’ll have a completely different and wonderful outlook for the rest of my life.

My name is Euris Yael Morales Aguilar II and I am a Freshman Criminal Justice major at St. Mary’s University. I am a first generation college student from Phoenix, Arizona. I plan to be among the first 10 DACA students to practice law in Arizona.