The Hammer, The Handshake, and the Texas Football Game 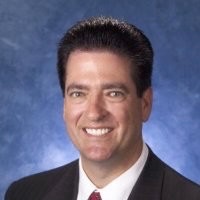 Everyone knows that the favorite pastime of Texans is watching a good game of football. Whether it be high school football Friday night lights, the National Football League, or of course, college football. Texas likes its football like it likes its rodeos: exciting and brutal. Back in 2006, there was no better matchup than the famous Texas A&M and University of Texas rivalry. In fact, it was the epitome of the Texan football spirit spanning all the way back to 1894 until 2011 when Texas A&M left the Big 12 Conference. For San Antonio resident and CEO of Redland Stone Products Company, Bruce Vaio, the 2006 showdown was a game for the ages.

At the time, Dennis Franchione had just become the Head Coach at Texas A&M after successful stints at the University of New Mexico, TCU, and Alabama. “Coach Fran” as he is known, is someone who Vaio’s father-in-law, Henry Geissler knew all too well during Franchione’s time at UNM. Geissler would frequently call into the local radio station under the guise “The Hammer” to share his opinions and thoughts on Franchione’s coaching, and Vaio recalls that Coach Fran became “all too accustomed to the gruff and gravelly voice of the Hammer, who would tell it like it is.” Despite this, Vaio says that Coach Fran and Geissler were more than general acquaintances and that Franchione “genuinely liked the Hammer and appreciated the level of interest that he brought to the airwaves in promoting the Lobo program.”

Of course, one can imagine the Hammer’s disappointment when Franchione eventually left the Lobos for bigger and better aspirations. Given the distance between New Mexico and Alabama, The Hammer eventually lost contact with Coach Fran until the fateful Thanksgiving game in 2006.

With Coach Fran’s move to A&M, the Hammer also eventually found his way “Deep in the Heart of Texas” to spend Thanksgiving with Bruce and the rest of the Vaio family. By 2006, Vaio had been living in San Antonio for ten years and had long known about the bitter rivalry between Texas A&M and UT. He recalls that it didn’t take long for the Hammer to realize that this game would be the perfect opportunity to “reacquaint himself with his long-lost coach.”

Vaio was able to make the Hammer’s dream come true, since his company, being one of the largest construction material suppliers in the state of Texas, had four premium tickets for the Texas Longhorn games. Vaio was able to secure two tickets — one for himself and one for the Hammer — and he planned a full day in Austin. Vaio reiterates that “It’s not just a ticket to a game. No, the Hammer wants the full game day experience. Get there early, mingle with the fans, find a way to get into areas that you aren’t supposed to be…and, of course, take the time to meet with Coach Fran.” Vaio’s thoughts at the time were “Sure, Bruce, this should be possible?”

With the game looming soon after Thanksgiving, excitement was at an alltime high. In fact, that particular game was televised by ABC, and UT was anticipating a sellout crowd of over 85,000 people. This was the pinnacle of Texas football. Vaio remembers arriving to the stadium very early in order to beat the crowds, and he figured that this would be the best way to show Geissler (then 75 years old) the game day atmosphere and “maybe, just maybe” get him the chance to see Coach Fran. According to Vaio, the “strategy was genius as the Hammer migrated down to field level and positioned himself against the wall separating the fans from the visitor tunnel.” Surely, this would give the persnickety Hammer the opportunity to at least wave to Franchione.

The Hammer had other ideas.

Prior to kickoff, Vaio says that there is “tremendous activity that takes place on the field… bands are rehearsing, cheerleaders are setting up, and of course, the teams are walking through their pre-game regimen. Throughout, assistant coaches, trainers, and sports information personnel are bustling up and down the field.”

Now, the Hammer is quite famous for always getting his way. Vaio says that the first thing you should know about his father-in-law is that if he wants something, then “‘thy will shall be done!’” For the next hour, Vaio was subjected to the Hammer calling out to players, coaches, and really anyone else who would listen to his commanding bark of a voice, “Hey, is Coach Fran around? Tell him that the Hammer wants to talk to him!” Unfortunately, time was dwindling closer and closer to game time and Geissler had not gotten his wish of seeing his beloved coach.

With just ten minutes left before kickoff, Vaio realized that the stands were now completely full. It was going to take much more than just a hop, a skip, and a jump to get the 75-year old Hammer up into their 50-yard line, second-deck seats. Thinking that he had done all he could do, Vaio reluctantly told his father-in-law that “we did everything we could to see Coach Fran, but we really have to go get in our seats.” And Vaio was right, as cameras were beginning to be set up to show the team coming out of the locker room.

But the Hammer, stubborn as a goat, pushed back and said “let’s just wait a couple more minutes!” Just as Vaio was getting ready to respond with a firm “No,” a trainer suddenly came out of the locker room and up the steps loudly calling “Is there someone here by the name of Hammer?” Geissler’s face lit up and he turned around to meet the trainer, replying “Yes, I am the Hammer” to which the trainer responded “Listen, Coach Fran just told me to tell you that he is glad that you are here and he will shake your hand when the team runs onto the field. Just stay where you are and the team will be up shortly.” Vaio recalls the Hammer’s smug beam as if to say “See? I told you so!”

Shortly after this encounter, the doors to the locker room opened, the band started playing, and out came A&M’s massive players. Vaio clearly remembers the ABC cameras catching all of the action up close, as well as the excitement of the crowd- the cheers and boos- depending on the loyalty. This was Texas football at its finest.

Once the A&M players had exited the tunnel, the coaching staff was soon to follow. Coach Fran, in all of his glory, worked his way up the steps. But there was someone next to him. Vaio recalls that the mystery man had on khaki pants and a Texas A&M long-sleeved shirt. To Vaio, the man looked extremely familiar. However, Vaio lost sight of the man in the swarm of fans waiting to greet Coach Fran. That is, until Franchione caught the Hammer’s eye and made a beeline for him. Vaio says that the individual accompanying Coach Fran naturally narrowed his path and moved towards the Hammer with “arm outstretched.” It became clear to Vaio that this particular individual was readying to shake the Hammer’s hand before Franchione. The Hammer was having none of it. In front of a national audience and almost as if the Hammer had been waiting for Coach Fran his whole life, he unceremoniously pushed the outstretched arm of the guest out of the way and triumphantly gripped the hand of Franchione. Vaio describes the stunned look on the guest’s face at having been rejected while Geissler was completely oblivious. All Vaio could do was let out a loud “hearty laugh” after realizing what had just transpired.

For the Hammer, his dream of rekindling his friendship with the long-lost Coach Fran had been fulfilled, and he turned to Vaio so that the two could finally take their seats. Noticing Vaio’s continued laughing, Geissler immediately asked “What’s so funny? I just got to see Coach Fran!” Vaio, still laughing, asked “Hey, do you know whose arm you just pushed away when they offered a handshake in front of millions of people watching this game?” The Hammer quickly replied “Oh, you mean that assistant coach from Texas A&M?” Vaio laughed even louder and explained, “That assistant coach was actually the Governor of the State of Texas, Rick Perry!”

One can only imagine the Hammer’s shock.

Governor Perry is known to have a huge ego, and Vaio is sure that it was bruised the day that the Hammer pushed him away in favor of the Texas A&M football coach. Vaio remembers that the look that Governor Perry gave his father-in-law was “priceless, and I am sure it was enjoyed by several UT fans who held a little bit of bitterness in the alma mater toward the sitting Governor of the time.”

But the Hammer accepted the hand he was dealt: he got to see firsthand the most famous Texas football rivalry, shook the hand of his old friend, and brushed off the hand of the then-Governor, now Secretary of Energy. You’ve got to “hand” it to him.

Of course, the day that the infamous Hammer got to meet Coach Fran was mission accomplished for the now 88-year old Geissler, and it is a story that Bruce Vaio will never forget, or rather, will never let the Hammer forget.

Marina McDonald is a freshman at St. Mary’s University pursuing a degree in Biochemistry. Originally from New Mexico, she chose St. Mary’s for its strong background in Academics and Catholicism, as well as for the fact that she has some family here in San Antonio. The two main characters in the story, Bruce Vaio and Henry “The Hammer” Geissler are her uncle and grandfather respectively. Aside from studying Biochemistry, Marina has always had a huge interest in History (particularly 20th-century American), she played club volleyball at the national level in high school, and she has a love for the Pittsburgh Steelers, and a passion for music, particularly Rush, The Beatles, and Queen. She loves San Antonio and is proud to be contributing her family’s story to Texas history.

Angela Maria Zavala "I never would have moved to Texas if it weren't for the Marianist connection”
Aleea M. Costilla One Person’s Dream for a Whole Community
Ashley Rubenstein 1995
See All Stories »