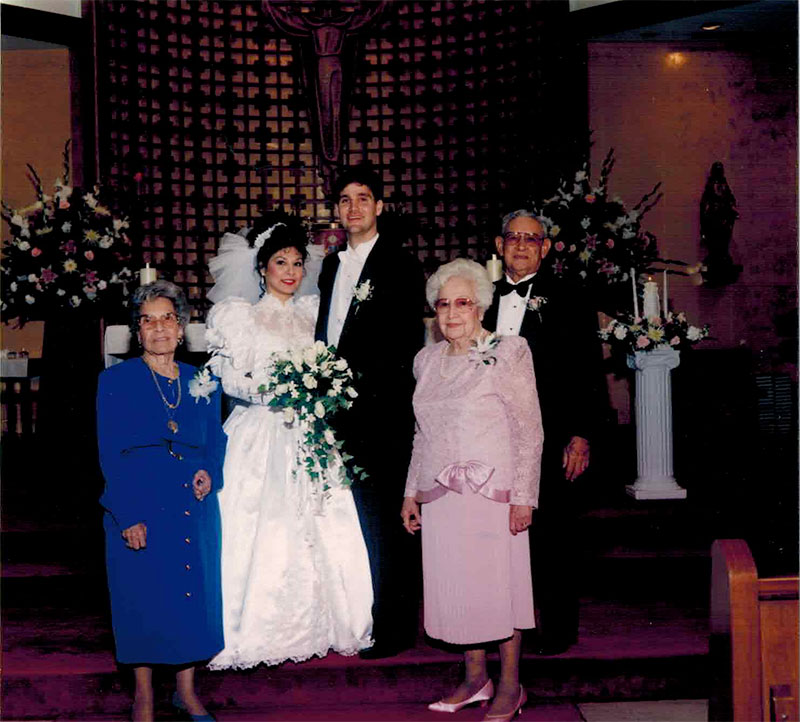 What can an immigrant contribute to his community?

Emmanuel Jorge Fuentes Gonzalez was born on January 13, 1913 in Nombre De Dios, Durango, Mexico. When he was just seven years old, he and his parents fled the violence of the Mexican Revolution and immigrated to San Antonio, Texas. Life there was not easy for young Emmanuel and his family. Money was always tight, and he and his family lived in a one-bedroom, one-bathroom apartment in a complex they called “the Courts.”

Economic woes were not the only challenges that Emmanuel faced. He could not speak English, and while attending grade school was fined a penny every time he spoke Spanish. Also, his classmates were very unkind to him. When he first started going to school in San Antonio, he wore his old school uniform from Mexico along with a little hat, which his classmates would take from him and toss around the classroom. As a result of this experience, Emmanuel vowed that he would work hard in school and succeed at whatever he did in life. He was a dedicated student and graduated valedictorian from Lanier High School in 1931. Despite his academic success, his parents could not afford to send him to college, so he worked as a milkman and mailman. In 1938 he began volunteering at the Inman Christian Service where he helped support Mexican American families and found his love for social work. On that note he returned to school and got his B.A in Social Work from St. Mary’s University, and then his masters from Our Lady of the Lake University. Then after working at United Way for a couple of years, he became the director of Catholic Family and Children’s Services, a position he would retain until his retirement. He was instrumental in bringing the foodbank to San Antonio, and encouraging H.E.B. to donate food to the foodbank. He helped immigrant families from Cuba and Vietnam settle in Texas after violence tore their countries apart, and founded a home for unwed mothers, known today as Mass Center. However, his proudest achievement was his fundraising for the LULAC scholarship program for Hispanic high school graduates. to help young Hispanic students afford college. Emmanuel Gonzalez, through his hard work and determination, made the city of San Antonio and thus the world a better place. I am so proud to be his great-grandson.

Christopher Hohman is a sophomore History Major. He has published seven articles for the STMU History Media Website and is a Titanic buff.