My Father: An Immigrant 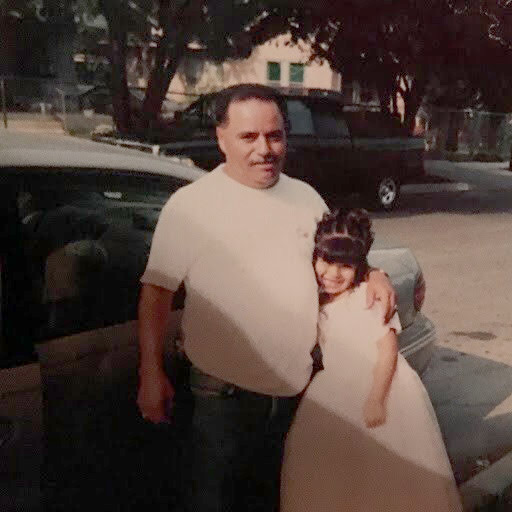 At the age of 17 my step-dad, Margarito Medrano, traveled from Guerrero, Mexico to the United States — over nearly 870 miles of terrain. When I was younger I overheard him telling his story to my mom and family friends. But it didn’t dawn on me how serious such a story was.

Back in Mexico, my dad had only his brother and sister. His mother died when he was three years old. His father left the family shortly after. So he and his siblings lived with his uncles and aunts until their father returned five years later. He took them to his new home with his new wife and kids but the new wife was not accepting of them. She forced them to sleep on the floor and made my dad and his brother work every day to pay for her kids to go to school -- while he never had the opportunity to get an education himself. Then, at the age of 12, he had enough and told his brother he was going back to live with his uncles. From there he stayed and worked until the age of 16. This is when he decided to make the risky journey to the U.S. He was never clear about the struggles he went through to get here. Because he didn’t want to talk about it I assumed it was a journey he – or anyone else – would hate to relive or remember.

His first attempt he was caught. His second attempt he was caught. Finally, on his third attempt he made it. When he arrived in Texas he headed toward Seguin, got married, and became a truck driver. However, life in Seguin was cut short; his marriage was crumbling, he could no longer drive due to an accident, and after an argument with his wife he was threatened with deportation if he ever made contact with her again. She was pregnant with his first son at the time and.because of fear of deportation my dad was, sadly, never allowed to see him. That’s when he came to San Antonio and all seemed to get going again.

My father started up his own bar with a partner. But his partner was caught doing something he shouldn’t, so my dad had to shut it down after only two years in business. That, however, did not stop my dad. He went on to help another guy run another bar. When the man was getting too old to run the business, he sold it to a man named Romeo who saw how much my dad helped. Romeo wanted to keep my dad there, helping to run it. During this time he met my mom. After a year of dating he bought a house for all three of us – I was 4 years old. At first I was hesitant with him but he always took care of me and tried to give me everything he could. He stayed at that bar and with me and my mom until December of 2017 when he passed away at the age of 65.

My father was a hard-working man who faced many struggles and was handed many short-ends of the stick. But that never stopped him. He worked to provide me and my mom everything – that’s all he wanted to do. He didn’t come to this country looking for trouble; he came here looking for a family and better life. I hope we were able to provide that for him.

My name is Jocelyn Rodriguez. I am a fourth-year student pursuing a bachelor’s degree in criminology at St. Mary’s University in San Antonio, Texas. After college, my goal is to pursue my graduate degree in social work so I can help those in need. Currently, I am a Peer Coach for TRiO/AMP Student Services where my main responsibility is to help other first-generation, low-income students. When I am not studying or working, I surround myself with my books and five dogs.