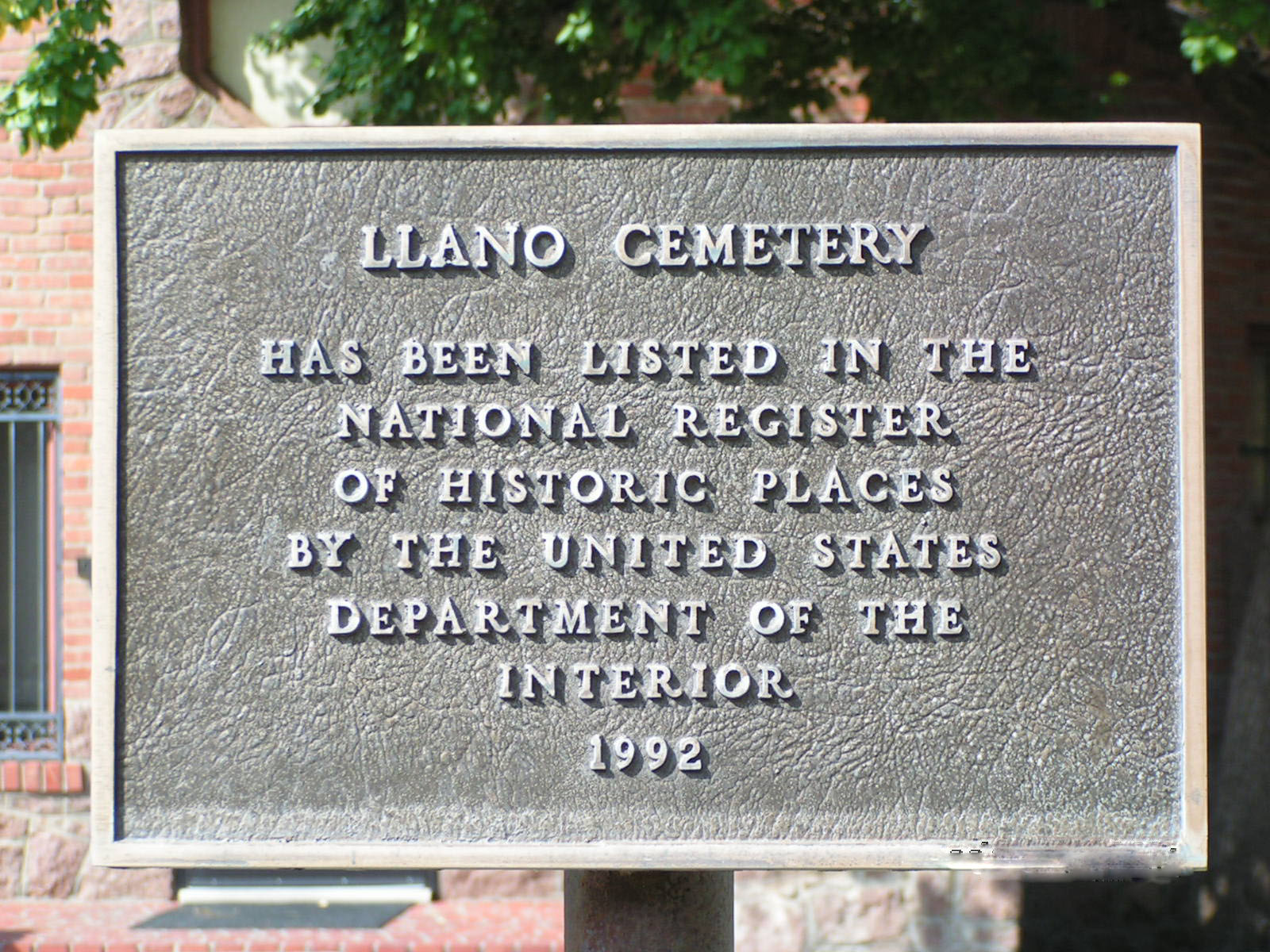 In 1888, the Morrow family was traveling through the Amarillo area when their young daughter, Lillian, died. The child was buried on a 20-acre plot of land southeast of Amarillo owned by T. B. and Hattie Clisbee. Three years later, in 1891, Potter County purchased the 20-acre plot from the Clisbees for $400. This plot became known as the Amarillo Cemetery.

Care for the cemetery was provided by a group of dedicated ladies who tended the cemetery as an act of love and community service. They pulled weeds, raked, planted flowers and shrubs, and watered the grass. In 1901, these women formed a permanent cemetery association. Funds used to purchase seed and supplies were raised by a $1 membership fee and dues of 25 cents per year. For more than 13 years, the women who belonged to the association handled the maintenance.

By 1920, the population of Amarillo had grown to 15,494. Amarillo had transformed from a frontier town into a center for education, business, and culture. Saloons, general stores, livery stables, and blacksmith shops had been replaced by the city’s first hospital, parks, an opera house, and a public library. The original 20-acre plot had filled up, and more land was needed.

The improvements at Llano Cemetery started as a small-scale project, the scope of which broadened quickly, as community leaders began to support the initiative and area businesses donated materials, supervisory labor, and money. A number of family mausoleums were constructed in the 1920s, including the Henry P. and Mary O. Canode and the John M. Shelton family mausoleums.

One of the larger projects at Llano involved the construction and financing of the Llano Pantheon Mausoleum, which took place between 1927 and 1929. The Pantheon was designed by Sidney Lowell, Sr., of Chicago and was constructed of Bedford stone, a stone known for its endurance. Local architect Joseph Champ Berry was the project supervisor.

The project involved significant fundraising and advance sales of rooms and crypts to pioneers, including Colonel Herring, Mrs. Oliver-Eakle, and Mr. and Mrs. E. W. Hardin. The Great Depression slowed sales and collection of subscriptions. Mr. W. H. Fuqua advanced $62,000 to pay off the balance of the construction contract.

Between 1920 and 1930, Amarillo’s population increased 177 percent to 43,132. This large increase was due in part to the discovery and development of oil and gas in the Panhandle. Despite the rapid decline in the local economy during the Depression, the cemetery association was able to make extensive improvements and additions to the cemetery. Beginning in 1933, a project involving construction and landscaping was largely financed by two New Deal programs: the Reconstruction Finance Corporation and the Civilian Conservation Corps. The RFC was designed primarily to assist credit institutions such as banks, but its funds could also be used to relieve unemployment, as could those of the CCC, which was designed to relieve unemployment.

The improvements at Llano Cemetery started as a small-scale project, the scope of which broadened quickly as community leaders began to support the initiative and area businesses donated materials, supervisory labor, and money.

The RFC project employed 40 men in the first three days. More men were added each week until the project employed 1,200 laborers. RFC paid only wages. Materials, tools, and supervisory personnel were donated.

Margaret Seewald Roberts created and donated interior artwork and carved beams in the administration building. This artwork included a mural that hangs over the fireplace and depicts the history of the Llano Estacado from the days of the Plains Indians to the 1926 oil boom and the modern technology of the early 1930s.

Two additions have been made to the Llano Pantheon. In 1949, an entrance was added to the building and a four-story tower was constructed on the east side, uniting the old and new wings. In 1961, the association launched another beautification project with the addition of a new 17-acre plot between the 1933 gate (which is near the administration building) and 27th Avenue. The Pantheon’s 1964 addition was constructed completely underground. It was designed by Sam McClesky of Atlanta, Georgia. John Hannon was associate architect. Floyd Richards was contractor.

Information for this history was obtained from the Statement of Significance prepared by the Texas Historical Commission about the 52 acres in the Llano Cemetery Historic District, which is listed in the National Register of Historic Places. Quoting the ending statement: “Initially a treeless 20-acre rural graveyard with rough native grasses and a formal gridiron plan, the Llano Cemetery doubled in size by the 1930s and became a naturalistic ‘oasis’ defined by curving roads, rustic and revival styles of architecture with imported trees, shrubs and grasses. What was simply a place to bury the dead, became a park as well and thus a living monument to the pioneers of Amarillo.”

Mark Blankenship is the Executive Director of Amarillo’s Llano Cemetery.