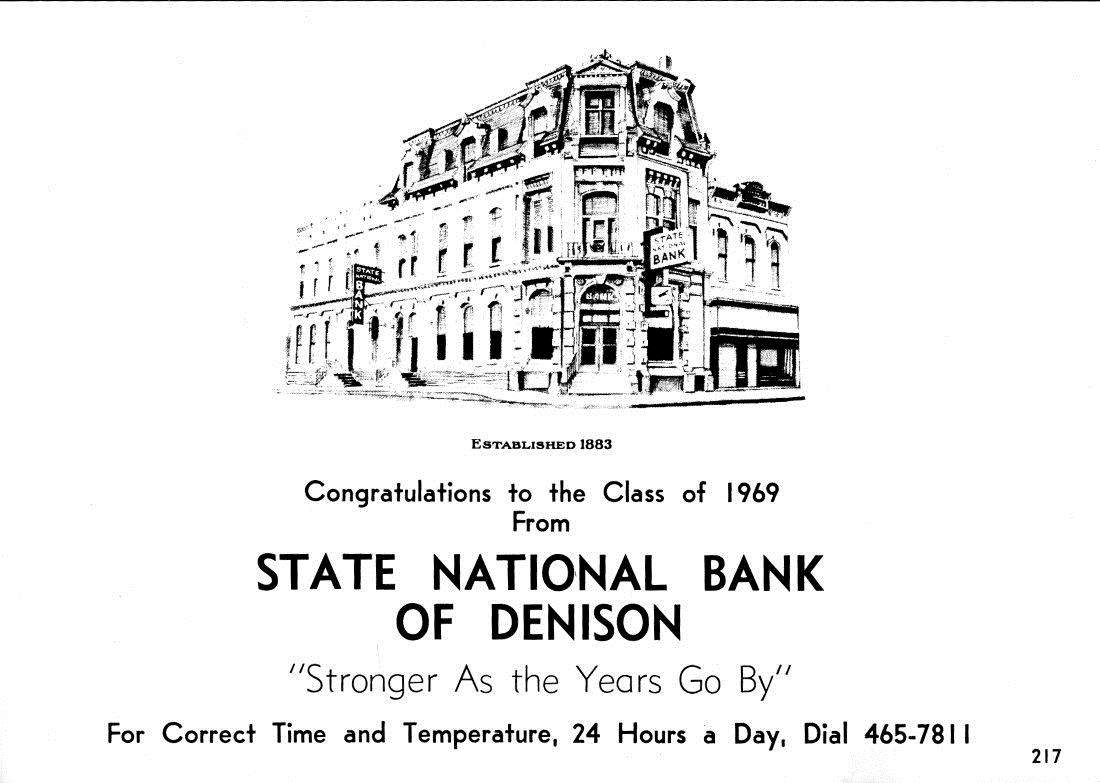 The voice on the other end of the line was not, strictly speaking, familiar to me. Although I didn’t know who she was, I knew that I had dialed the right number. I let her do the talking. She was, as always, brief and to the point: “The State National Bank of Denison—stronger as the years go by.” A different, more robotic voice followed with a recitation of the time and temperature, but I had stopped listening. I already knew the time, and the woman’s voice had already warmed me to a more comfortable temperature. The hour was late, I was a long way from home, but I was suddenly a little less lonely.

Beginning in the mid-1970s, I dialed 465-7811 once or twice a year for about three decades. My hometown bank introduced the Time and Temperature number sometime in the 1960s. By the time I went away to college in 1969, I knew it by heart. The only new digits I’ve had to learn are the area code that changed in 1990.

It was several years before I got the idea to call the number long-distance. I had to leave Texas first. I had to find myself in a place where no one else spoke in the peculiar rhythms and tones of the North Texas Prairie Lands—not quite an East Texas drawl, not quite a West Texas twang. I had to learn, after I had begun to lose my own accent, that it was a part of me I did not want to bid goodbye. And I had to reach a point where I needed to hear that sound at a time when no one back home would be awake. Or perhaps when I simply didn’t feel like talking.

The recordings changed over the years. The bank’s trademark slogan was supplemented with announcements promoting various financial products or services. Their employees came and went. I never knew when I dialed the number whether I would be greeted by the same voice I had heard the last time. I just crossed my fingers for dialectical continuity, and for thirty years, the bank didn’t disappoint.

The last time I called Time and Temperature was a few years ago. I was sitting in the dark on the patio behind our house here in Illinois, late at night, feeling homesick for some now-forgotten reason. I reached for my cell and punched in (903) 465-7811. My heart sank as I listened to the unexpected message: “We’re sorry. The number you dialed is not a working number. Please consult your directory and dial again.” I felt the sudden loss of an old friend, and there was no one I could call to console me in a voice that would sound the way I used to sound.

Jim Sears is a retired postal worker and Texpatriate, who lives with his wife Patricia and their two dogs in Bloomington, Illinois.

Join 10 others and favorite this