Getting Some Respect for the Great Western Trail 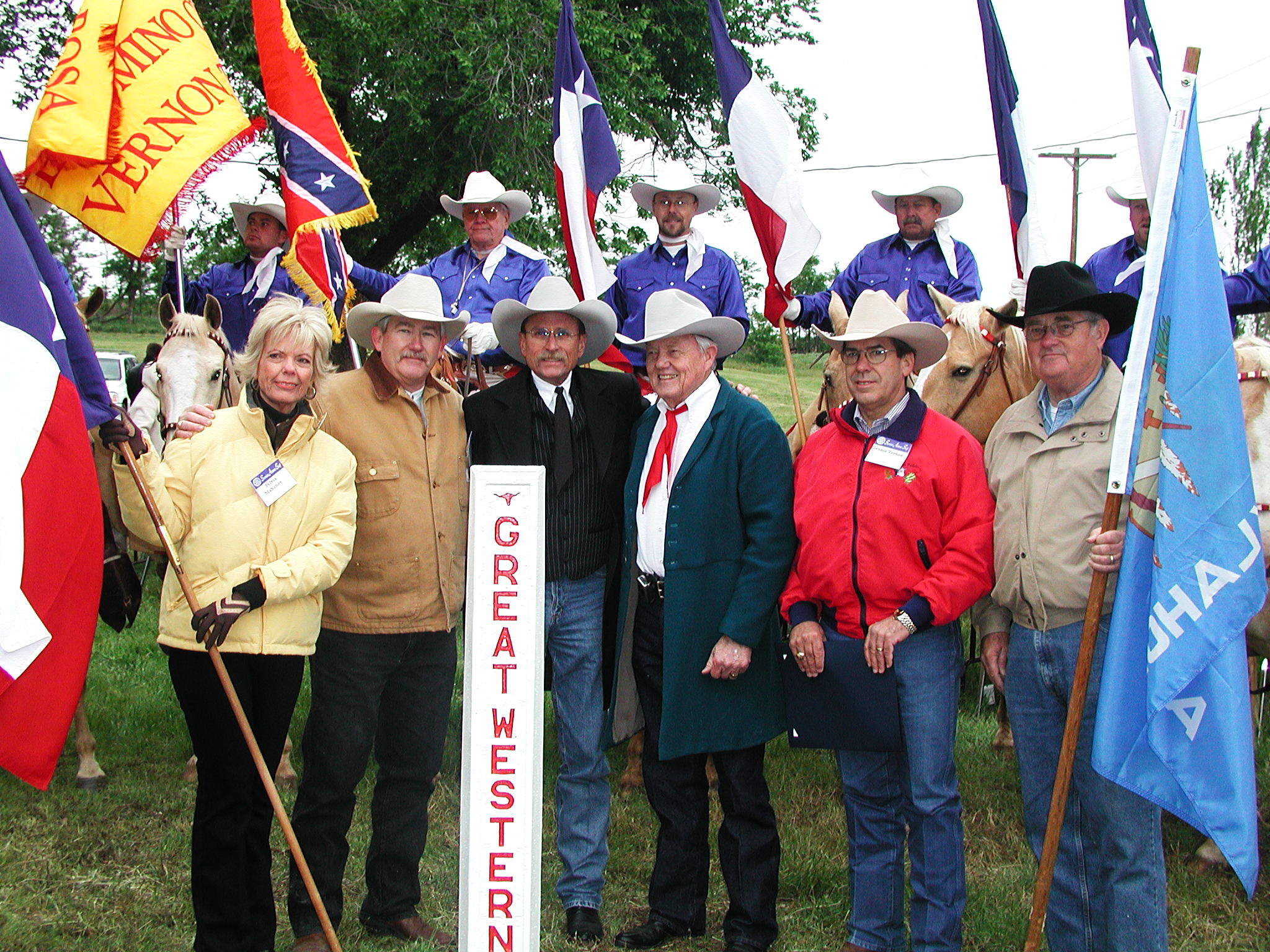 After the Civil War, Texas was in economic ruin. Young men came home from war to unemployment. Everything was scarce except the wild cattle that roamed the range. The North and East needed beef, and Texas needed jobs and income. The era of the cattle drive began. Herds of about 3,000 head of cattle were driven by 10 to 12 cowboys under the leadership of a trail boss. The cowboys were usually young white, black, or Hispanic men on their first great adventure. They were paid about $40 a month for hard, dangerous work.

Cattle went up the Shawnee Trail to Missouri and up the Eastern (Chisholm) Trail to the railroads in eastern or central Kansas. East and central Texas became too populated with towns and farms to accommodate cattle drives. As the Kansas railroads moved west, the U.S. Cavalry drove the Comanches from west Texas. The Great Western Trail was born in 1874 to drive cattle from the gathering area in south Texas up through San Antonio, Bandera, Fort Griffin, to Doan's Crossing (also known as Doans) on the Red River—the last place to resupply before crossing into Indian Territory. While the Chisholm Trail to the east was better known in song, story, and movie lore, the Western Trail saw some six million head of cattle and one million head of horses during its nineteen years of activity. This was the majority of the cattle that went up all of the trails north.

Arrival at Doan's Crossing, on the Red River in northern Wilbarger County, was a big event on the drive. C.F. Doan had a store that was known to all the drovers. At Doans, the chuck wagon would be restocked, cattle would be rested, and the cowboys would take refreshment at the Cow Boy Saloon or get a meal in the dugout that served as the Bat Cave Café. Doans was visited by everyone from English lords to Billy the Kid to the last war chief of the Comanches, Quanah Parker. At its heyday, Doans had 300 inhabitants and was expected to have a bright future. When the county seat was located at Vernon and the trail drives ended, the community of Doans became a memory. Although all that is left today is Doans’ original adobe house, some other modern residences and historical markers note the cattle trail and drives. It is fitting that Doan's Crossing would be the location of the first marker post in memorializing the Western Trail in Texas.

During the first weekend each May, the Doan's Crossing comes to life with the annual Doans Picnic, the oldest continuous celebration in Texas, honoring the pioneers who settled the area during the time of the cattle drives. In conjunction with the 2004 picnic, people gathered from across Texas and Oklahoma to witness the dedication of the first Western Trail marker post near the Doans Adobe. The post was a gift to the Vernon Rotary Club from the Western Trail Historical Society (WTHC), a group working to mark the trail in Oklahoma. The marker was delivered from Oklahoma in a wagon, led by Oklahoma State Senator Robert Kerr in period clothes on horseback. Senator Kerr presented the marker on behalf of Oklahoma to Texas State Representative Rick Hardcastle, also on horseback, who accepted for Texas. The post was then set by the representatives of the WTHC and Vernon Rotary Club and dedicated by pouring Red River water from a Mason jar onto the post.

Following the dedication of the first marker in Texas at Doans, the Vernon Rotary Club made it their mission to mark the Western Trail throughout Texas. They began making new markers and reaching out to Rotary Clubs and other civic groups, including county historical commissions, to secure participation in the project all along the trail. The goal was to mark the trail roughly every six miles along nearby highways or sites connected to the trail. Within three years every county along the trail had at least one marker, and a number of counties were adding additional markers. The project took on a national and international scope when the Vernon Club contributed markers to the other great plains states through which the trail passed including Kansas, Nebraska, Colorado, Wyoming, Montana, and North and South Dakota. The Vernon Club also arranged and participated in trail marking ceremonies attended by Rotary dignitaries in Matamoros, Mexico, and Regina, Saskatchewan, to mark each end of the trail. These markers serve as silent reminders of the great cattle drives that rescued Texas from depression and gave the world our great icon, the American Cowboy.

Jeff Bearden is the Director of Forensic Psychiatric Programs at North Texas State Hospital in Vernon and acted as co-chair of the Vernon Rotary Club Marking the Western Trail project alongside Sylvia Mahoney.