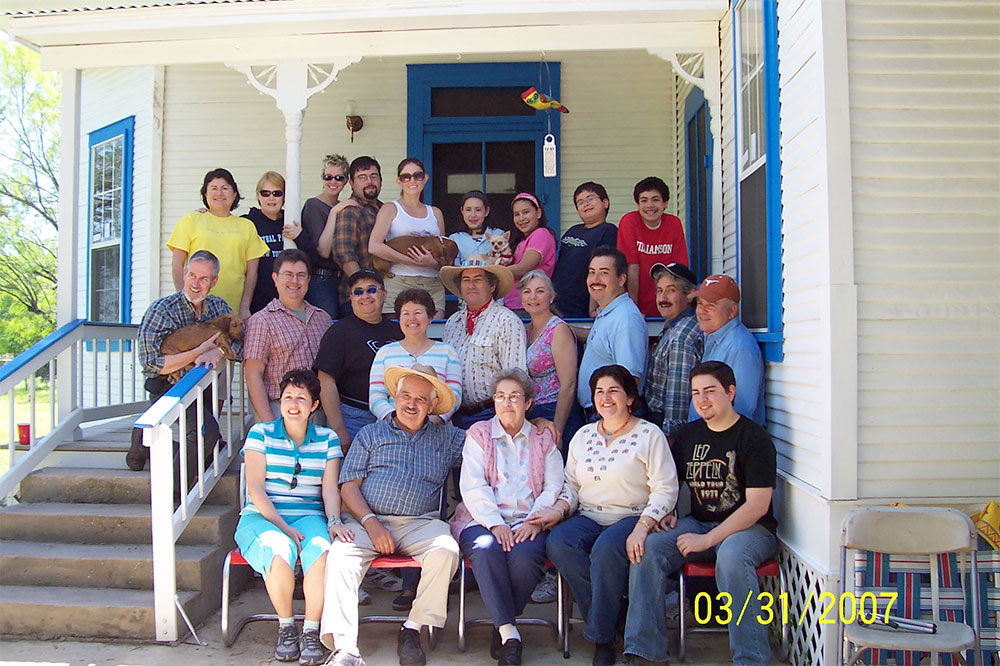 Diane Gonzales Bertrand is a professor at St. Mary’s University, a writer, and a proud Tejana. Diane grew up in a family of seven children. “I was lucky to be in the middle, so I am both a little sister and a big sister. I have enjoyed the different dynamics that those two roles have given my life” Diane confides.

Diane admires her mother’s ability of finding things for seven children to do that did not require any money. They would go to the public library once a week because checking out books was free. On the weekends Mr. Gonzales would take the family out, usually to a park like Brackenridge Park, Olmos Park, or Woodlawn Lake since she grew up in that neighborhood. Diane firmly believes that these weekend outings nurtured her appreciation for the natural beauty that “is a wonderful part of Texas.”

Diane says, “Together they [her parents] worked to make sure that we had an education that went on beyond the classroom.” She saw first-hand how much effort and sacrifices her parents made in order to send their children to Catholic schools. In spite of having to pay a monthly tuition for all seven of them, her parents saw it as an investment. She went to school at Little Flower School, not far from Woodlawn Lake, then went on to High School at Ursuline Academy. Diane looks back and admits that in both places, she saw “the same strong work ethic among the Latino families to make sure that their children received the best education that they could here in San Antonio.” Diane believes that the Catholic system in San Antonio has a “stellar reputation” that fills students with “not only a wonderful knowledge but also a sense of service, giving back, [and] helping one another.”

Her father made sure that they saw different parts of Texas so her family would travel often. When Six Flags of Texas first opened in Dallas they drove there that summer. They also visited Houston, where they went to Astroworld and enjoyed a game at the Astrodome. Her family would travel up to three to four times every year down to the coast, specifically Port Aransas, Texas. Diane notes, “This was long before we had video games or cars had movie screens.” Through those different trips, Diane and her siblings learned how to entertain themselves.

Diane reports that many of her siblings, including herself, are still avid readers. Some of them are in the field of science. And of course, they are all still strong in their faith and service to others. Diane attributes this to her family’s values of serving, loving, and helping each other.

Diane notes, “It is wonderful to think about how magical our lives were because my parents had imagination and creativity not necessarily a lot of money” and goes on to say, “I try to carry on that same sense of creative problem solving in the ways that I raised my children with my husband.” She reveals that her husband is also self-employed, much like her father, and feels that the cycle continues of raising her children in the “comfortable familia environment” that she grew up in.

Diane expresses that “My family inspires me to write children’s literature. As a big family, we share so many memories that I had to write them down. Many Tejano families who read my books relate to my stories because they share many of the same experiences.”

Celeste Perez Gonzalez is from Phoenix, Arizona. She is a student at St. Mary’s University in San Antonio, Texas. Celeste is a Sophomore double majoring in English and Spanish with a Minor in Visual Communication Design. As Diane Bertrand’s student, Celeste kept in contact and saw this as an opportunity to learn more about her professor.