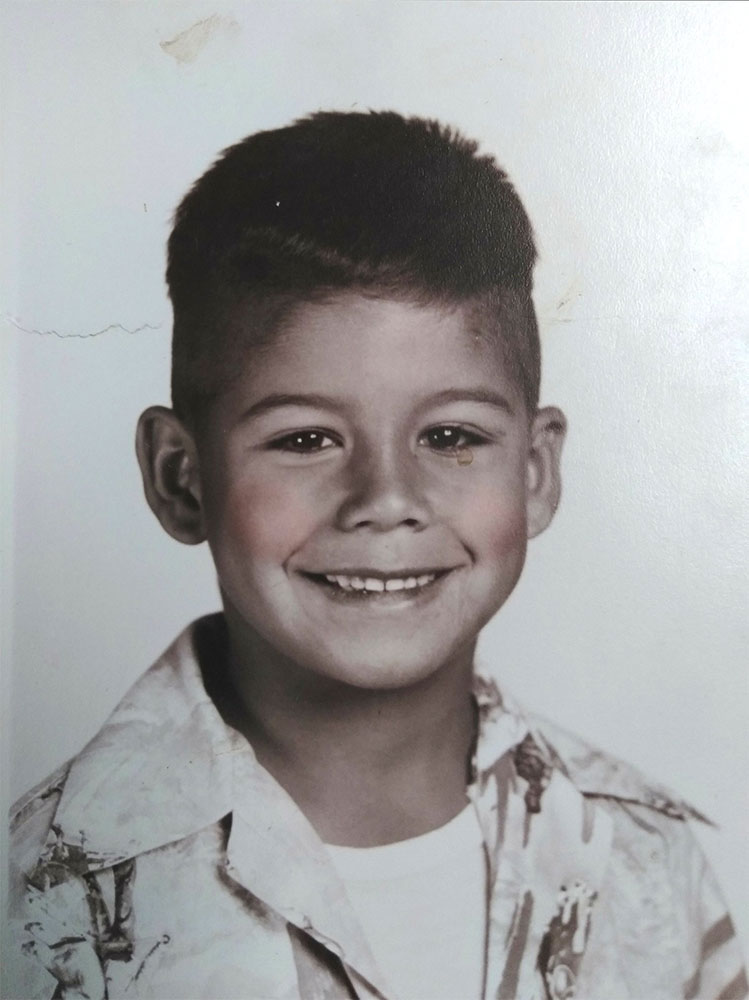 It was the first day of school for my grandfather, Jorge Carrasco, and he was all dressed up like when they went to church or a party. Of course, there was no piñata here. He didn’t know what was going with all these kids and adults, none of whom he knew. He couldn’t understand what anyone was saying, especially his parents. When they did speak to him it was in Spanish and he was in disbelief when they said he was to stay there by himself with a bunch of kids he didn’t know. They sat Jorge in a chair at a desk for two, and all he could do did was hang his head and cry, for how long he didn’t know. The good thing was the class was only for half-day and he didn’t have to eat there. Jorge’s older brother, Raul, who entered the 2nd grade that year, was experiencing the same thing that Jorge was. The school he had attended in the El Paso ISD was also taught in English.

At Jorge’s school his teacher changed his name from Jorge to George because she couldn’t pronounce Jorge. He tried to make it as simple as possible by saying it slowly and pronouncing it as “horse hay”. He remembers that even the sitting arrangements changed in the classroom—all the colored kids to one side and the white kids to the other. He said the best thing for him was his desk partner was a little girl who was bilingual and she would translate for him. He often thinks about this little girl who helped him so much and is sorry to say that he doesn’t remember her name or recall seeing her again.

Since he got out earlier from school than his brother, his Mom would carry their little sister to meet him to show him the way home. She did this a couple of times then he would be on his own at five years old. His first-grade teacher, whose name he doesn’t remember, was always angry when she looked at him, he didn’t know to get in line or how to ask to go to the bathroom. She didn’t even like how he put his head down because he would push his chair so he could put his head on the desk and she would come behind him and push his chair in towards the desk with her foot. He felt more embarrassed than hurt. Somehow at such a young age my grandfather was able to push through the discrimination and the language barrier and learn English. He believes now that maybe he wasn’t as dumb as his teacher thought. My grandfather emphasized at the end of his story that you must always do your best or, as he said to me, “Dale ganas”.

Robert Colorado is a sophomore from El Paso, Texas and is a student at St. Mary’s University in San Antonio, Texas. Robert studies Exercise and Sports Science and is an intern in the athletics department at the university working in communications and field operations. He hopes to work in professional or major college sports.