August 29th - A Day that Changed My Life 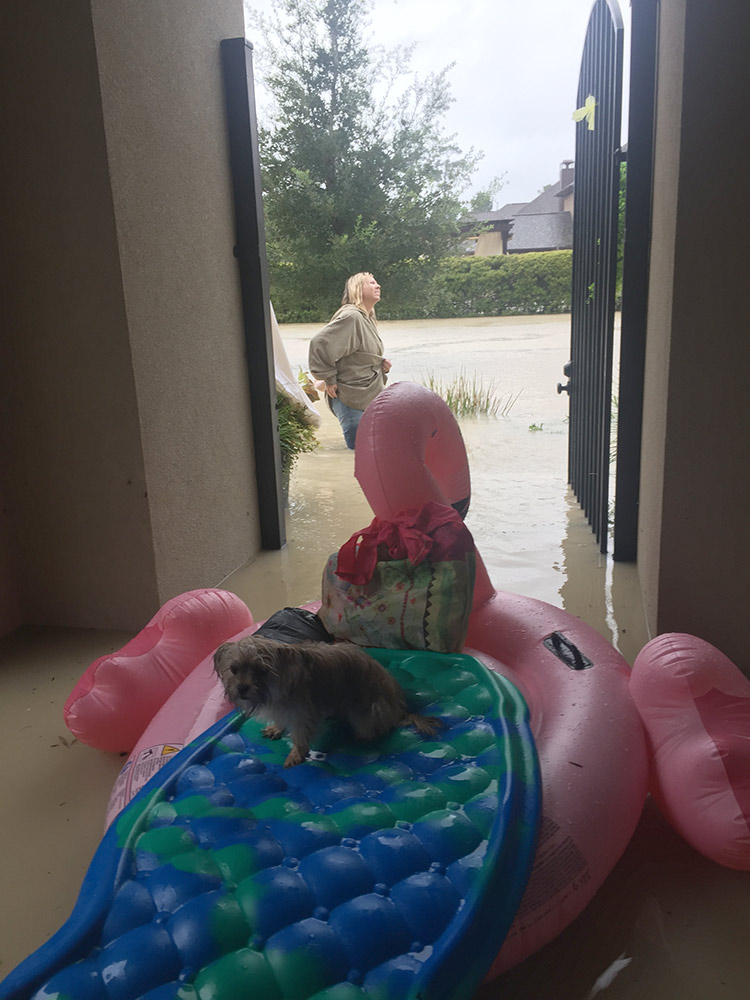 Share
Photo of a flooded house during Hurrican Harvey.

August 29th was a date I will remember for the rest of my life. This date not only made me question everything in my life, but also learn to be grateful for the little things. As everyone knows, Hurricane Harvey hit many parts of the State of Texas in late August of 2017.

Growing up in Texas, hurricanes are a normal weather condition that happens quite often during the season. I’ve grown up in a small city near Houston called Kingwood, Texas. Growing up there was great and I would have never thought it was possible for the town I grew up in to be destroyed. I received a phone call at 6:30am from my little sister, crying and saying our house is flooding and that they have no way to get out. She said the water was rushing into the house and that they had lost all power. I panicked. Luckily my family was able to get out. But it was not easy because they had to stand in the flood waters for four hours waiting for a boat rescue.

Everything including clothes, furniture, personal photos, and cars was all destroyed by the gushing waters. My family called me periodically throughout the day, but it was extremely hard to focus on anything knowing what they were going through. As soon as I could go home, I did and saw my house and town. Everything was destroyed including my high school, the country club I played tennis at, and local restaurants.

All of this happened in August and my family is still not back into their house after almost 7 months. People are still suffering from this natural disaster. The schools in my area are still not rebuilt and restaurants and grocery stores are still shut down. During this time, people's generosity was so kind. People were lending anything they could to random strangers. I happily got to witness these acts of kindness. But it made me question and wonder, "Why do people not always act this way? Why does a huge disaster have to happen for people to talk to one another?"  And I was also confused why my town and other small towns did not get more news coverage. My area was covered in at least seven feet of water while other places downtown only had four while that area is all the news covered and talked about.

My sister felt very compassionate about wanting to spread the word. She took matters into her own hands and directed a short film about the hurricane. The video caught the media's eyes and the Houston Chronicle wrote an article on the town and my sister. This made my family and my town so happy. The message I am wanting to relate is that small stories should be seen to. And acts of kindness should not only be given to people in despair. A doctor named David R. Hamilton explains random acts of kindness as an emotional response that releases a hormone called oxytocin. This hormone dilates the blood vessels and protects the heart by lowering blood pressure.

It was unbelievable how many people texted me that I haven't heard from in years, asking me if I am okay. It was nice, but our society and social interactions should not be like this. Random acts of kindness should be delivered all the time. So I urge you to please spread kindness always and never take anything for granted because life is a mystery and every day brings something new and different in your life.

Jocelyn Rodriguez My Father: An Immigrant
Hannah Kristynik Money Isn't Everything: Discovering Your Passion Is Not Impossible
Ratna Ramaraju It's Three O'Clock Somewhere
See All Stories »