Understanding the impact of the slave trade

Powerful exhibition on slaves' lives opens this month at the Bullock

FEBRUARY 6, 2017 (AUSTIN, TX) — The powerful and poignant traveling exhibition Purchased Lives: The American Slave Trade from 1808 to 1865 will open Feb. 11 at the Bullock Texas State History Museum. Curated by The Historic New Orleans Collection (THNOC) and traveling thanks to support from the National Endowment for the Humanities, the exhibition examines one of the most challenging eras of U.S. history.

The exhibition covers a 57-year period, from America’s abolition of the international slave trade through the end of the Civil War. During this time, more than 2 million people were forcibly moved within the boundaries of the United States and its territories, wreaking havoc on the lives of enslaved men, women and children. Owners and traders in the Upper South—Maryland, North Carolina, Virginia and Washington, D.C.—sold and shipped surplus laborers to the expanding Lower South. For many enslaved people their long and difficult journeys led them to New Orleans—the largest slave market in antebellum America—where they were then sold and scattered to points across Alabama, Florida, Louisiana, Mississippi and Texas.

"Examining the deeply personal effects of the domestic slave trade on individual lives helps us understand the lasting impact on our nation," Bullock Museum Interim Director Margaret Koch said. "We are honored to work with the National Endowment for the Humanities and The Historic New Orleans Collection to bring this significant exhibition to Texas."

Purchased Lives: The American Slave Trade from 1808 to 1865 includes more than 75 original items, including period broadsides, paintings and prints illustrating the domestic slave trade, ship manifests and first- person accounts from slave narratives and oral histories. The display also includes a collection of “Lost Friends” ads placed after the Civil War by newly freed people attempting to locate family members. Three interactive displays will allow visitors to engage directly with the historical record, including a database tracking the shipment of more than 70,000 people to New Orleans from other US ports, including those along the Texas Gulf Coast.

The objects on view represent items from The Historic New Orleans Collection as well  as artifacts from the Belmont Mansion in Nashville; Evergreen Plantation in Edgard, Louisiana; the Louisiana State Museum; the Midlo Center for New Orleans Studies at the University of New Orleans; the New Orleans Notarial Archives; the Touro Infirmary Archives and private collections.

Unlike many southern cites, New Orleans did not confine its slave trade to a single market structure or even a handful of locations. Slaves were sold at auction blocks in the luxurious St. Louis Hotel in the French Quarter, in private residences, in public parks and on the decks of ships moored along the Mississippi River. The sheer volume of the trade and the sprawling nature of the market within New Orleans were unmatched elsewhere. The exhibition’s narrative is not limited to New Orleans, however. It examines a complex and divisive period of American history, helping viewers learn about the far-reaching economic and heartbreaking personal impact of the domestic slave trade.

“The story of the Middle Passage is a familiar one, but the domestic slave trade involved more than twice the number of people brought from Africa and the Caribbean to America prior to 1808,” Erin Greenwald, curator of the exhibition and historian at THNOC, said. “As home to the largest slave market, New Orleans played a major role in this complex and divisive period in our history, and it deserves to be better incorporated into our understanding of who we are as Americans.”

In addition to hosting this very important exhibition, the Bullock Museum will put on view four rare documents that highlight the significance of the interstate slave trade in Texas.

"Rarely on view, these archival documents show the role slavery played in developing the policies governing the newly formed Republic of Texas," Koch said. "The documents underscore the internal workings of the slave trade in Texas and reveal the sometimes opposing opinions held by Texans as the issue played out on a national stage."

On view will be Section 9 of the Constitution of the Republic of Texas (1836), which officially sanctioned slavery in the new republic and also outlawed the importation of those enslaved from anywhere other than the United States. Rogue slave traders, however, planned to bypass this law by smuggling enslaved men, women and children originally from Africa through Cuba, then into Louisiana and then into Texas. This plot was revealed in an 1837 letter that will be on view from James Pinckney Henderson, President Sam Houston’s Secretary of State, to Memucan Hunt, Texas’s Minister of War in Washington, D.C. Henderson appeals to the United States to “keep a strict lookout in the Gulf to prevent the introduction of slaves from Cuba.”

In addition to these two documents, visitors will be able to view the 1838 treaty between Texas and England proclaiming that Texas would honor the ban against the transatlantic slave trade, and that ships from each country’s navy may police each other’s merchant ships if suspected of transporting slaves. The treaty was signed by Queen Victoria.

The existence of slavery in Texas made annexation into the U.S. a hotly debated topic in the U.S. Congress. Despite the Republic’s commitment to uphold laws regarding the illegal transatlantic trade, enslaved labor built Texas into a cotton-producing powerhouse. In 1842, Alabama sent a document supporting Texas’s annexation and its admittance as a slave-state. This document also will be on view in the museum's galleries.

Purchased Lives will be on view through July 9, 2017, at the Bullock Museum, 1800 N. Congress Ave. The galleries are open Monday through Saturday from 9 a.m. to 5 p.m. and 12 to 5 p.m. on Sundays. For more information, including details on exhibition-related programming, visit TheStoryofTexas.com.

ABOUT THE HISTORIC NEW ORLEANS COLLECTION Founded in 1966, The Historic New Orleans Collection is a museum, research center and publisher dedicated to the study and preservation of the history and culture of New Orleans and the Gulf South. For more information, visit www.hnoc.org or call (504) 523-4662. 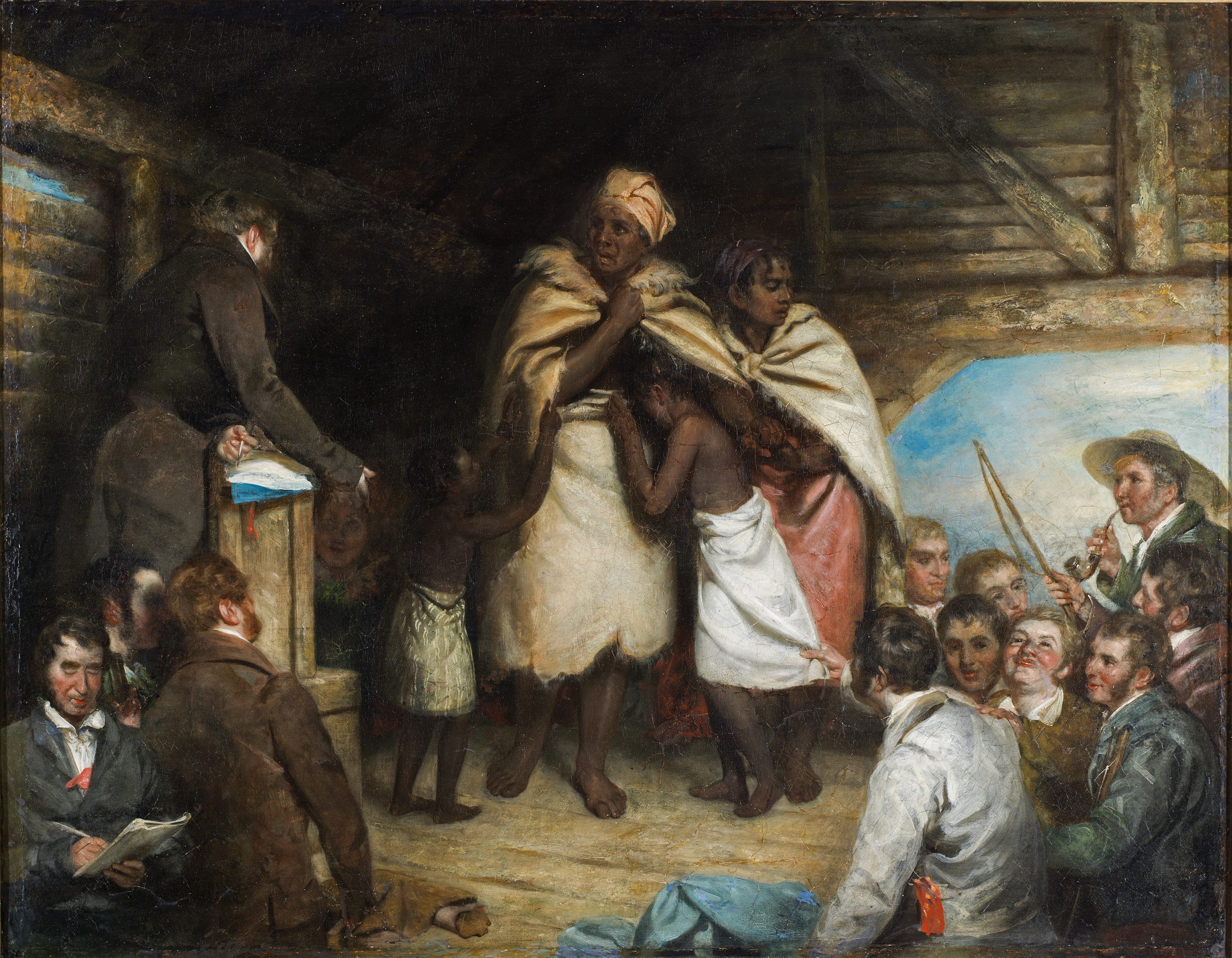 This press release is part of the Purchased Lives: The American Slave Trade from 1808 to 1865 Media Kit

Purchased Lives: The American Slave Trade from 1808 to 1865 examines the lives of individuals intertwined in the domestic slave trade by exploring slavery’s reach beyond New Orleans and Galveston, beyond Texas, beyond the South, and into the very fabric of America. The exhibition uses first-person testimonies and original artifacts to explore how human beings were forced across the country, fought to resist enslavement, and how human lives became a primary currency of America’s pre-Civil War economy. View Media Kit