Purchased Lives: The American Slave Trade from 1808 to 1865 examines the lives of individuals intertwined in the domestic slave trade by exploring slavery’s reach beyond New Orleans and Galveston, beyond Texas, beyond the South, and into the very fabric of America. The exhibition uses first-person testimonies and original artifacts to explore how human beings were forced across the country, fought to resist enslavement, and how human lives became a primary currency of America’s pre-Civil War economy.

See more than 75 original artifacts, including period broadsides, paintings, and prints. Read ship manifests that list cargo and individuals, and witness first-person accounts from slave narratives and oral histories. A poignant collection of “Lost Friends” ads placed after the Civil War by newly freed people attempting to locate family members draws you into very personal stories of loss and hope. Using interactive displays, engage directly with the historical record, and search through a database tracking the shipment of more than 70,000 people to New Orleans from U.S. ports, including those along the Texas Gulf Coast. 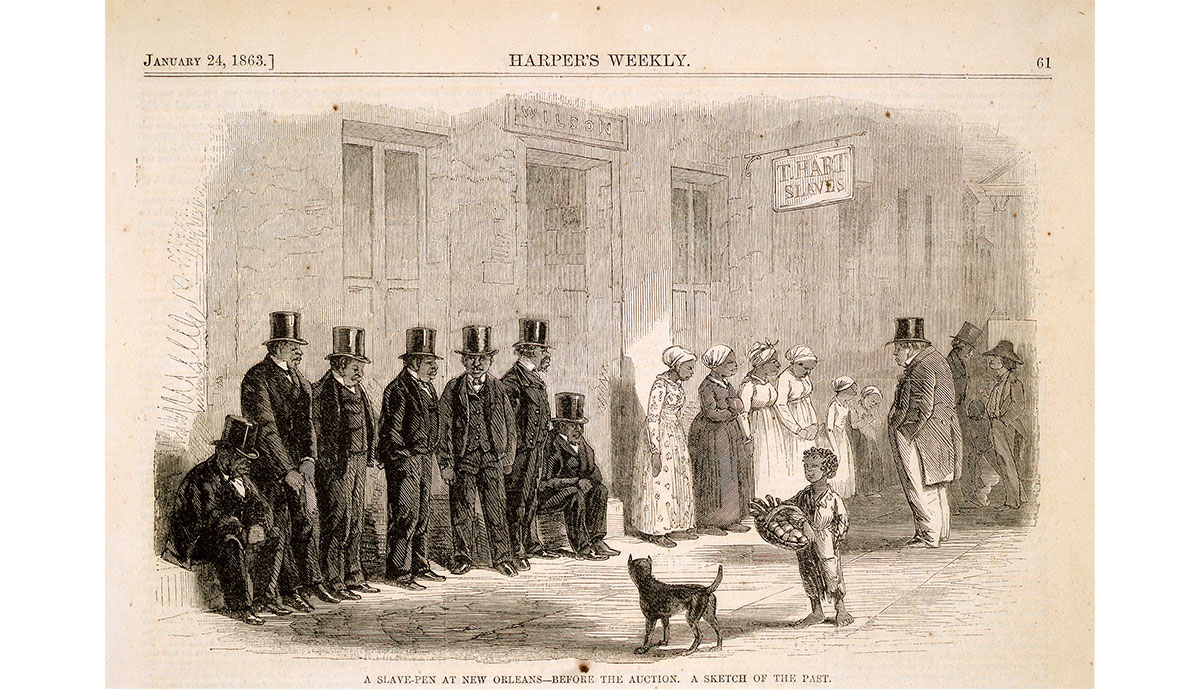 Understanding the impact of the slave trade

February 06, 2017 (Austin, Texas) -- The powerful and poignant traveling exhibition Purchased Lives: The American Slave Trade from 1808 to 1865 will open Feb. 11 at the Bullock Texas State History Museum. Curated by The Historic New Orleans Collection (THNOC) and traveling thanks to support from the National Endowment for the Humanities, the exhibition examines one of the most challenging eras of U.S. history. View Press Release