The Savior of the Alamo's St. Mary's Home 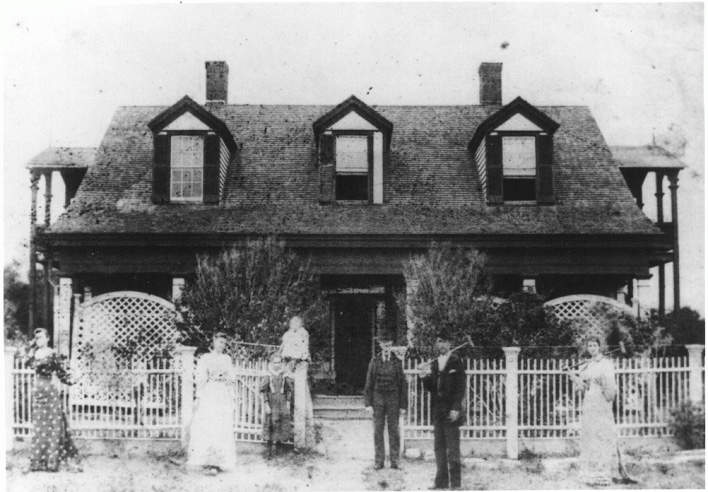 I tromped through the weeds and brush of an overgrown lot near Copano Bay searching for a monument to Clara Driscoll, the “Savior of the Alamo.” Born and raised in the town of St. Mary’s of Aransas, now part of Bayside, Clara Driscoll was instrumental in financing the purchase of the Alamo for the Daughters of the Republic of Texas when it was threatened by demolition in 1903.

I had heard that the Driscoll family erected a private memorial to Clara on the site of their former home, and I had set out to find it. Even with the untamed greenery, the monument was hard to miss—a seven-foot high block of granite inscribed, The Driscoll House.

When not at boarding school, Clara spent many of her early years at her family’s two-story frame house on the south side of St. Mary’s. This photo, courtesy of Robert E. Rooke, shows the Driscoll and Rooke family groups gathered in front of the structure in 1893. Clara is on the far left. More than 100 years later, no signs of a residence remain except for the top of a stone rainwater cistern. Soon another monument will mark the lot. The Refugio County Historical Commission is developing an historical marker to pay tribute to Clara’s time in St. Mary’s.

Herndon Williams is the treasurer for the Bayside Historical Society.