Skating for love through the fields of time 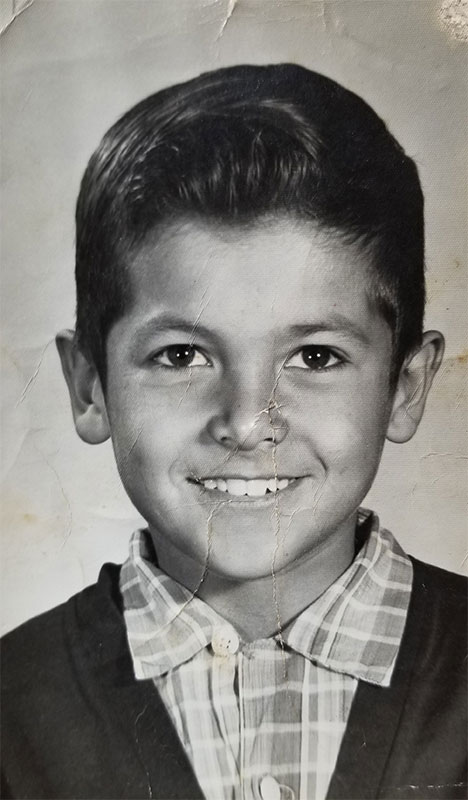 The most romantic love story isn't Romeo and Juliet who died together, but my grandma and grandpa who grew old together.

Everyone has a cute story to tell about how their grandparents met and fell in love. Well, my grandparent's story is not that different. Boy meets girl, boy dates girl and boy and girl eventually marry and have a family. It is pretty much the same in any family, but when I hear my grandpa tell me the story of how they met, I can't help but feel a deep sense of pride and deep appreciation for their struggles and triumphs as a couple united in marriage for more than 47 years. Not everyone can say that they have endured life's joys and struggles together, so the fact that my grandparents have done so makes me proud. In a time when everything's is made to be used once and discarded, when people’s ideas on marriage have changed so much that drive-thru marriages and quick ceremonies in Las Vegas have become the norm, a time where it isn't uncommon to hear of people being married more than once or twice, where sacrificing for one another, and putting in the hard work, learning to compromise seems so far-fetched for some people that the easier solution is to separate or divorce. I am proud of my grandparents because they beat the odds and chose to stick together.

I never believed in fate until I learned that my grandparents both shared the same birthday. When I say share I don't mean just the day. My grandma and grandpa both were born on July 18, 1955. The angels must have been singing songs of joy on that day, or heaven must have been shining on my grandparents because they were destined to meet and be together.

My grandpa had to work hard at an early age. My grandfather tells of how he had to pick cotton alongside his sisters at only 7 years of age. He remembers the days being long and hot. It was rare in the early 60s to have daycare or other people to babysit kids. Children had to work alongside their parents. My grandma also remembers being in the cotton fields with her older brother and her family. Eventually, my grandpa would be a successful truck driver for 13 years and would spend the majority of his life working as a carpenter, a trade he learned from his father before him. My grandmother would become a housewife, mother, and eventually would find her calling taking care of children by becoming a preschool teacher for more than 35 years.

The story of how they actually met is straight out of a Disney teen movie. When my grandparents were younger it was uncommon for skating rinks to be set up in a small town.

My grandfather recalls visiting a roller rink in the small town of Woodsboro, Texas one summer in 1969. My grandfather had been visiting with friends and spent that afternoon around town with his buddy when they decided to stop at the local skating rink. It so happened that my grandma was with her sister and a friend at that same skating rink when my grandmother caught my grandpa's attention. My grandpa said he fell in love at first sight. He introduced himself to my grandma and asked if she knew how to skate, she said she didn't know how so my grandpa ended up asking my grandma's sister if she would like to skate together. My aunt said yes and my grandpa was skating and trying to impress her by showing off his master skating skills, according to my grandma.

My grandma had no idea that my grandpa was even interested in her, even though my grandpa skated with my grandma's sister he waited till the skating was over and walked up to my grandma and asked her if they could see one another again. My grandmother said that would be okay. Eventually, my grandpa asked my grandmother out and they started to date one another for more than a year and a half. After some time, my grandpa made it official and they got married. A year later my mother was born.

My name is Sarah Martin. I am a second-year student at St. Mary's University pursuing a degree in Criminology. My goal after college is to go into law enforcement, preferably, game warden or k-9 unit. An interesting thing about me is that I like to draw/sketch people.