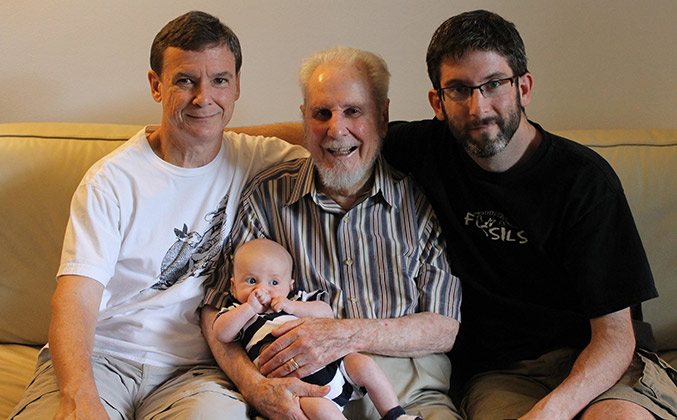 In Texas, the name Houston brings several things to mind. One is the city of over two million inhabitants on the Texas coast. For a number of Texans, the name also reminds them of their connection, be it close to or a little more distant from, the most famous person in Texas’ early history and fight for independence, Sam Houston.

As a Texan, I have been keenly aware of this state's early traditions of dedication to family, honesty, and fairness, experiencing many examples of this as I grew up in Austin. Sam Houston was known as a man of action but also as someone who believed in resolving disputes through mediation and in helping others in need, particularly Native Americans. Those traits were passed down to his descendants. In World War II, during the Allied landing on Italy on July 10, 1943, my father, David Lipscomb Houston, Jr., was on a ship from which assault landing craft were being launched. A cable on one of the craft broke, spilling a number of soldiers into the sea. When the call went out for rescuers, he climbed down a rope ladder into the water and rescued several of them, resulting in his being awarded the Soldier's Medal, the highest honor a soldier could receive for an act of valor in a non-combat situation. Later in life, he received an award while working as a professional engineer for the State of Texas as someone who could effectively resolve workplace disputes.

I feel I have emulated my father's example by also becoming an engineer, by pursuing mutually beneficial resolution of conflicts, and by helping others through teaching, coaching, and mentoring in many aspects of my life. Although only distantly related to Sam, I'm proud of our common ancestry. I take every opportunity to visit the Bullock Texas State History Museum with my three grandsons, where I explain Sam's exploits and accomplishments. I may be a little biased, but I think I see something of Sam's character and determination in his descendants!