One Person’s Dream for a Whole Community 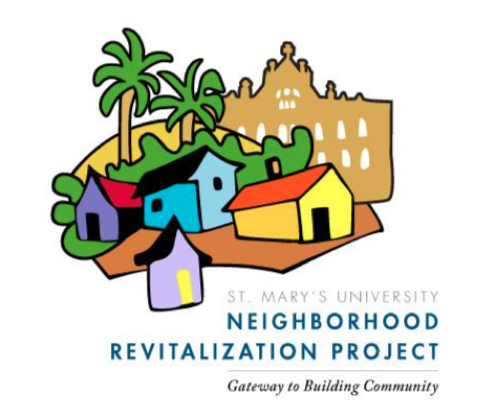 In 2000, Dr. Charles L. Cotrell was selected as president of St. Mary’s University and during his time in this position he made change in the West Side of San Antonio that people had been waiting decades for. Dr. Cotrell had a future in mind for not only the university, but for the community around the campus as well.

At many times, universities can be at odds with the neighbors, however, St. Mary’s had been fortunate not to be. Since the Catholic Marianists who founded the university have always focused on how to serve the local community, it is essentially in the DNA of the school. Once selected as president, Dr. Cotrell made his commitment to serving the West Side of San Antonio well known by beginning his strategic proposal later known as Vision 2012. In 2007, Cotrell set forth this five-year plan into action by asking for aid from the University to collaborate with the community and work for a better future. During the same year, the university established the Neighborhood Revitalization Taskforce, which consisted of more than 50 members of the faculty, staff, students, and alumni. The alumni included some who had real expertise such as engineering. One of the alumni chosen to lead the group was Ramiro Cavazos, president of the United States Chamber of Commerce. The program also worked closely with council members to accomplish the goals set forth.

The Taskforce was then divided into sections of focus such as housing, infrastructure, education and quality of life. In 2008, the program showed success by receiving a grant award from the U.S. Department of Housing and Urban Development (HUD) Hispanic Serving Institutions Assisting Communities Program of approximately $600,000. This grant and other monetary aid that rolled in gave the organization feasible possibilities. They hired project director Steve Nivin and opened a neighborhood center with a staff counselor and caseworkers. The program set up at the AT&T center on campus where they had people work with others on how to receive residential and commercial grants from the city. The City of San Antonio awarded a grant of $10,000 to the program which encouraged city meetings to learn the needs and desires of the community. The donation received from the St. Mary’s Alumni Association aided in the newsletter for the community that informed and invited participation. The neighbors eventually became integrated and a part of the Taskforce.

In 2008, a graduate class led by Dr. Arturo Vega conducted a survey to see what problems the neighbors had and what they really wanted. Many of the following concerns varied from streets and sidewalks to general safety in the area. Later that year, St. Mary’s was selected by Bexar county to receive $6 million to construct an outdoor sports complex. Following this amazing step, the program received aid through several grants and organizations such as Strategic Alliance for Business and Economic Research to help with high-quality economic data on local economies, First-time Housing Program which assisted to help qualifying families build a new home, and Community Development Corporation. Lastly under the Obama administration, the Corporation for National and Community Service honored St. Mary’s University Neighborhood Revitalization Program with the 2010 Presidential Award. This is only awarded to six universities in the entire country that display outstanding service to their communities. St. Mary’s became, without realizing it, a model in the United States for cooperation for universities and neighborhoods.

The triumphs and struggles throughout the duration of the program under Dr. Cotrell is only a part of the incentives taken by the University and certainly will not be the last. Cotrell says to this day, “There has been a lot of growth and I think there will be more.” This type of mindset from everyday San Antonians is the reason our poorest areas should not be overlooked but hoped for. Eventually, one day, a great citizen will take charge, similar to Dr. Cotrell, and make a difference.

Aleea Costilla is a second-year Political Science major with a Criminology minor at St. Mary’s University in San Antonio, Texas. She is from San Benito, Texas; which is a part of the Rio Grande Valley that has similar struggles as the West Side community of San Antonio. After finishing her undergrad, she hopes to attend law school and fight injustice in the courtroom.