How My Dad Reminds Me of Texas 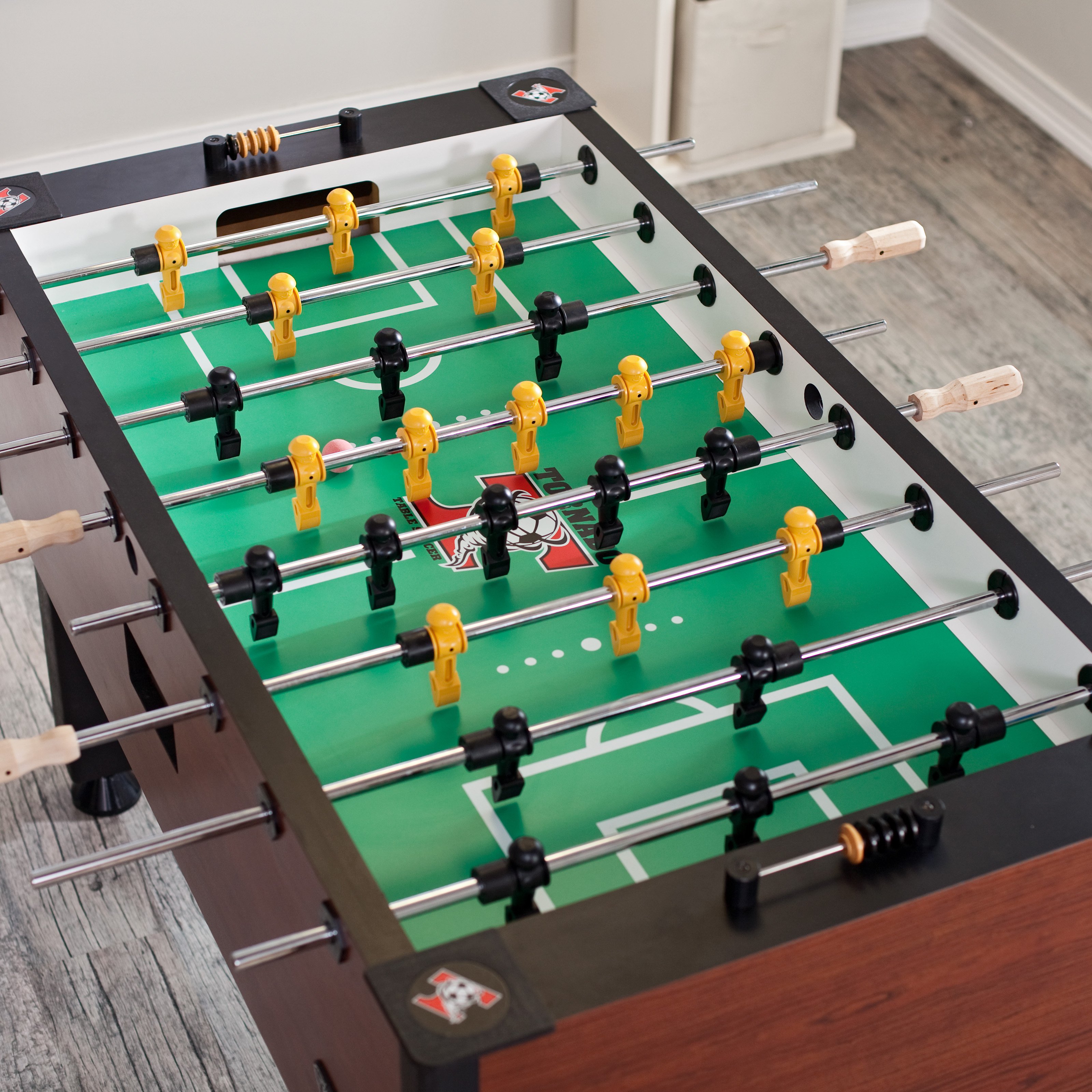 Share
A foosball table game that reminds Rory of an early childhood experience with his dad.

I grab the wooden handles that control the tiny people, knowing that I’m going to lose. My one goal was to score three times before he beat me. As I dispensed the ball onto the wooden playing field I quickly gained possession of it. Passing it to my forwards, I scored. Little did I know that it was the only goal I was going to make. My dad isn’t the type for going easy on people. I had my butt handed to me losing 5-1. It was the biggest margin he had ever beaten me by since I began getting good. However after he won he didn’t begin bragging, instead he pointed out some of the things I could’ve done better. This is a good example of the two major things that describe my dad, tough loving yet kind.

The most prominent and distant memory I have of my dad is the time he took me to Zuma, one of those entertainment places where they have an arcade, mini golf, and even go karts (which I was most excited about). This memory has stuck with me not because I enjoyed it, but because I hated it.

As I walked through the glass doors I remember being amazed by the amount of arcade games there were, but then soon being disappointed learning that most of them were out of service. My dad then had the idea of going to ride go karts. I was ecstatic about that even though I wouldn’t be able to drive my own. Once we got into the car and started the engine I soon realized how loud fifteen separate go karts were, and being the sensitive kid I was, I started complaining. We only raced one lap before I started crying. I remember my dad comforting me and then asking me if I wanted to go do something else. The whole night my mood didn’t change and my dad was left with a ungrateful seven-year-old for two hours. However, he did not lose his patience with me that whole time.

But this isn’t the only thing about my dad that reminds me of Texas. He is also a very loving person who always knows when people are being ridiculous. This showed most when he was my little league baseball coach.

During our hour-long practices he was always able to get people to have fun as well as teach them new techniques, skills, and overall knowledge of the game. But he didn’t like complainers, which did not match well with my third grade self. As a kid I was always the one who got hurt and over exaggerated. But my dad knew when I was just pulling his leg and more often than not told me to walk it off and run around the field. This didn’t just occur in baseball practices but also any other time I complained throughout my childhood. This tough love that he shows to all the people he loves is one of the qualities I admire most about him. It really shows his Texan personality, especially when paired with his thick southern accent.

Without having my dad in my life I wouldn’t be the person I am today. Instead I would be a whiny, greedy, arrogant kid who wouldn’t be able to get over himself. My dad, to me, is a true Texan. I am proud to be his son.

Rory is a student at St. Catherine's Montessori. He wrote this essay to show how his dad reminds him of Texas.