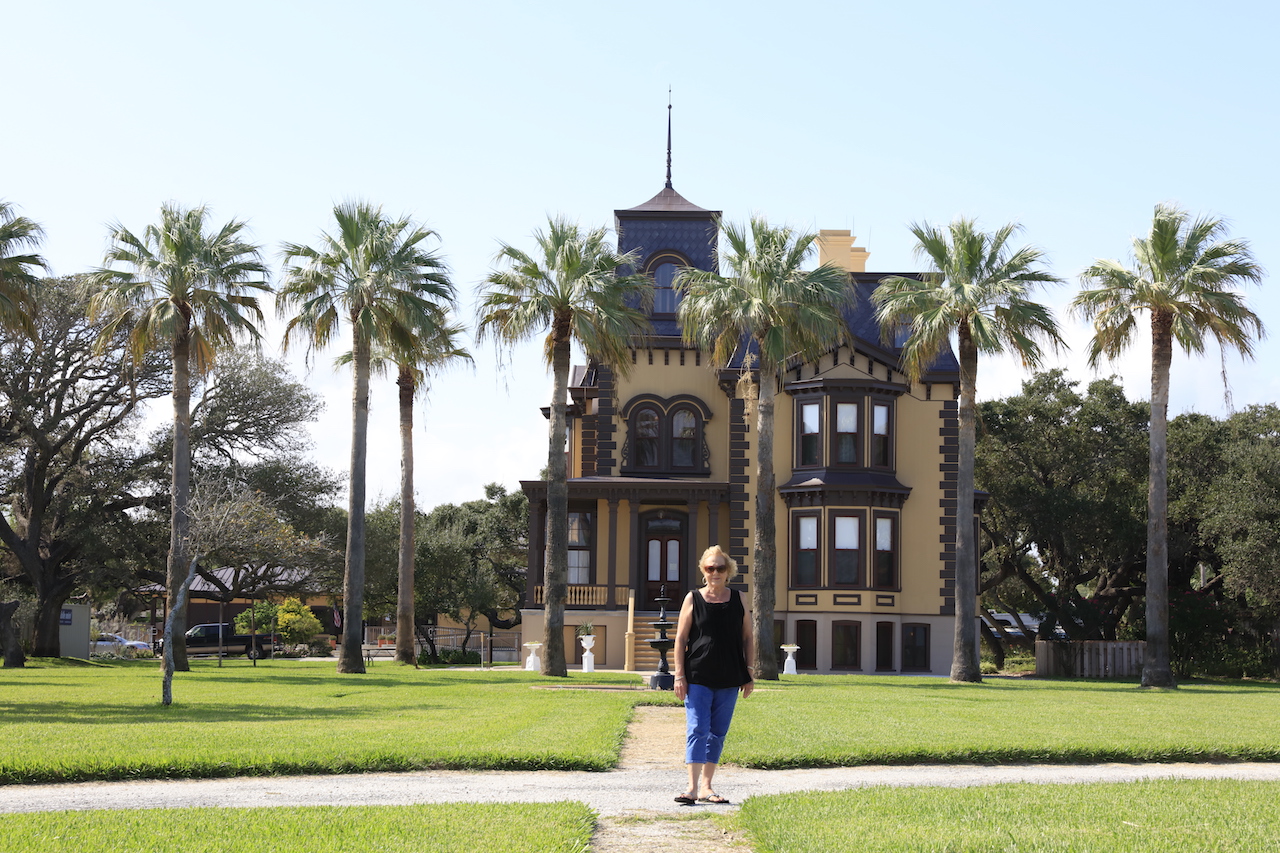 It's almost Halloween and again I'm contemplating the supernatural. I have always been curious yet skeptical of what may be very real to some people. Every country and culture has similar versions of superstitions, ghost and witch tales, beliefs about life and death influenced by religion as well as pagan dogma. Old Celtic festivals, when people lighted bonfires and wore costumes to banish ghosts and evil spirits, led to Halloween traditions in Europe and followed to our shores. In Texas there are many old superstitions that one can still encounter to this day. The entire state is full of ghost stories, lore, and superstitions. Many ghost stories began with cowboys around campfires. After reading about some of these superstitions and ghost stories in the state of Texas, I was amazed at how many I actually heard while growing up in San Antonio and how many I had never heard of. Many I think of as simply Texas tall tales. Some did not originate in Texas but here are a few: If your right palm is itching, you will meet someone soon. If your left palm is itching, you will receive money soon. Do NOT sweep under a female’s feet as that might cause a single female to never marry. Don’t purchase knives as a wedding gift. The one I really liked as a child was, if the hem of your dress was turned up, kiss it and you will get a brand new dress!  Never throw a hat onto a bed and never open an umbrella inside...bad luck!  Bad luck comes in threes. Horse shoes are supposedly good luck and are placed over the front door. There are many superstitions related to farming, with Texas being an agricultural state, and superstitions about animals and their behavior. Anything related to weather is significant like a circle around the moon meaning bad weather or the well known proverb "Red sky at morning, sailor take warning; red sky at night, sailor's delight."

In Texas, who has not heard of La Llorna or the Weeping Woman crying for her missing children on the banks of a river...folklore that originated in Mexico. I grew up south of San Antonio but no one ever shared with me the story of the ghost children on the railroad track (thankfully) and I only became aware of that legend in recent years. Nor did I ever hear of the Donkey Lady Bridge which is another urban legend that takes place in the San Antonio area not far from where I lived as a child. Ghost stories abound in Texas and, with the size of the state, each region has a unique tale. The Alamo, the cradle of Texas liberty, is a place that has led to several ghost sightings over the years. Ghost Riders in the Sky, which became a popular song, was supposedly based on a true event of a cattle stampede in Texas and there’s the legend of El Muerto in South Texas (a headless horseman).  Nothing had been mentioned to me directly in decades about bad luck, superstitions, or ghost stories until a cousin and I went to a restaurant in South Texas in recent years and took a table outside. We both put our purses on the ground and a waiter came charging out of the restaurant very upset to tell us NOT to do that, as it was extremely bad luck!  Who knew!

Most of us recall telling or listening to ghost stories as kids. Strange how some still get a thrill out of watching scary movies or going to haunted houses on Halloween. Perhaps it is a harmless distraction from the very real and more daunting issues in life. For some of us there is enough anxiety facing us every day that we open our doors to face the world without concerning ourselves with superstitions, daily horoscopes, ghosts, witches, and (for those who get a kick out of this), any vampires and zombies lurking around. I especially don't understand the last two and I am sure none of us will ever run into any of them. There has not been any major experience in the supernatural realm for me but I do confess that I have imagined, while sitting alone on my patio, having conversations with my deceased parents when I was troubled about something. They certainly were NOT actually present in any form and unfortunately they did not convey any encouragement, offer help, or give a sign for me. So, I never saw a ghost and never hope to see one but I have an open mind. I respect anyone who claims to have encountered one or "felt" a presence just as I respect those who might consider all of this pure nonsense and don't care to participate in something like Halloween for personal beliefs. I have known very intelligent and even religious people, though, who are openminded about the supernatural. I, on the other hand, would have to actually experience something really out of the ordinary to truly believe.

I did not go trick or treating on Halloween much as a child living in the outskirts of San Antonio and I never even cared for the holiday until I had children. Even when they were young, Halloween had not yet reached the huge popularity and commercialization seen today. While I was growing up, I heard superstitious stories mainly from my mother and my brother and I certainly did the bed sheet over our heads routine to scare each other. I am sure we got some of that nonsense from our father, as he enjoyed everything in the spooky or supernatural realm. Us kids thought for a while that the Fulton Mansion, near where my family owned a vacation home in the coastal bend of Texas, was haunted and Dad threatened to take my oldest son there whenever he was misbehaving.  For a while the mansion did indeed look haunted due to total neglect in certain years. I personally never found anything out of the ordinary in any home where I have lived but all of our homes were newly constructed. I talked with at least one other person who said she lived in several 100 year old homes and claimed that she felt the presence of "friendly ghosts." On my street a few years ago a rumor spread quickly that a family had moved out of a house claiming it was haunted. Supposedly their maid told them this and they promptly moved out! The house was vacant for quite some time and one day a neighbor told me that she and another neighbor, who was in real estate, were going to check out the interior so I went along. We went in expecting all kinds of eerie and creepy things to occur but it never did. Eventually the realtor moved into that very same house and claimed that it was not haunted. I asked her if it were true that, if a violent death occurred within a home that was for sale, the real estate agent had to divulge this to clients. According to her that's true. I would NEVER move into a home where anything of a horrific nature had happened and I wouldn’t have moved into that one just to be on the safe side!

Several years ago a son, his wife, and young daughter moved into our home after moving back to Texas from another state. After a few months, they moved into a relatively new home which had at least one previous owner. We were there one night in the empty house before the move when my granddaughter went into the room that would be her bedroom and closed the door behind her. As I listened at the door I could hear her talking. I did not find this too strange since kids (and sometimes adults) talk to themselves and I figured she was just playing even if it sounded more like a conversation! She came out and I followed her through the hall and into the living room. I asked her who she was talking to and she told me, as she seriously looked straight at me: "she's right behind you, Nana!"….Holy Smokes! I felt a shiver run down my spine. Her Mom told me that it was just one of her imaginary friends which is quite normal. I understand that, as many young children have imaginary friends, but never did I recall her ever talking to any of them in my home when they lived with us!  It made me think of what a sissy I was and how I really liked the movie The Six Sense but, to this very day, I can't watch it alone as I find it intriguing but upsetting.

The only phenomena that I have experienced or heard others experience I attribute to some of the grief process. That is when we see someone who looks like or has similar features to a recently departed loved one. It is almost like a comforting feeling that, perhaps, their spirit is still here and they are going about their activities keeping a watch over us. Some believe in angels…maybe they are what some are seeing but I am still skeptical. I have decided that I will do an experiment. I plan to talk with a close relative and make a pact with him about us moving a very special object in our residences when either one of us dies. That way, if he dies first, I will know that maybe a spirit hangs around a while and perhaps we should not fear death or what comes after.

I do believe that fear is often not related to something that is real and is a much more complex issue. We need some of it in our lives of course to protect ourselves from real danger but, for me, I have always carried in my wallet a quote given to me many years ago by someone who helps people with anxiety issues. I wish I could give credit to the person who wrote it but the author is unknown to me "FEAR: False Evidence Appearing Real.”  2020 has been a scary enough year so, hopefully, Halloween will be a light hearted event and celebrated safely with quality time spent with family following sound health guidelines during this pandemic…with no visiting haunted houses!

Sherrill Pool Elizondo graduated from Southwest Texas State University (now Texas State) with a degree in English and Education. She is a sixth generation Texan and interested in genealogy. She’s been an aspiring writer for over 35 years and is the proud parent of three sons and has six talented and remarkable grandchildren who now all reside in the state of Texas. Some of her stories can be seen online. She was born and raised in San Antonio and has lived most of her adult life in the Houston area. Another version of her Halloween story was first seen on Grand Magazine October 31, 2017