Exploring the Limits of a '46 Ford 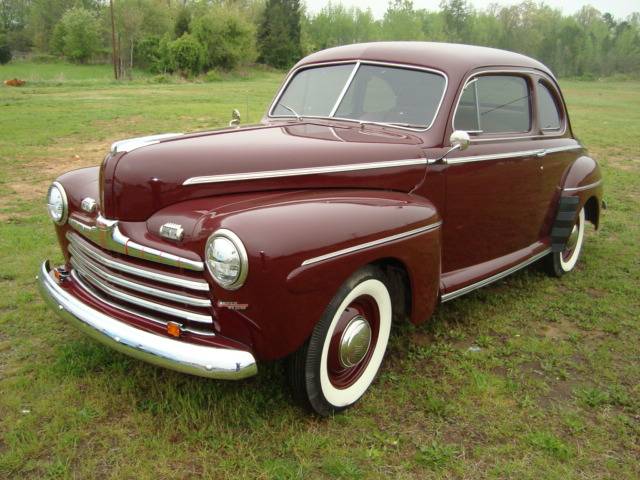 Country roads just seem to draw young men to test their vehicles. Two other young fools and I decided to see how fast my old '46 Ford would go—in reverse. It started out well with my co-pilot watching where we had come from, while I concentrated on keeping the Ford's hood right down the middle of a well-known dirt road.

At 50 m.p.h., my co-pilot told me to look quickly to the front. At first I said no, but he said I should really sneak a peek. Sure enough, when I glanced back, there was the sheriff, bumper-to-bumper, waving his arm and pointing for me to stop. He walked up to me. Placing his hairy arms on my rolled down window, he offered this sage advice:

"Now, you boys are gonna git yore selves kilt, and frankly, I don't care. But you ain't gonna do it in my county. Now git!"

We got, and never tried that stunt again.