A Tool for Canning Juice 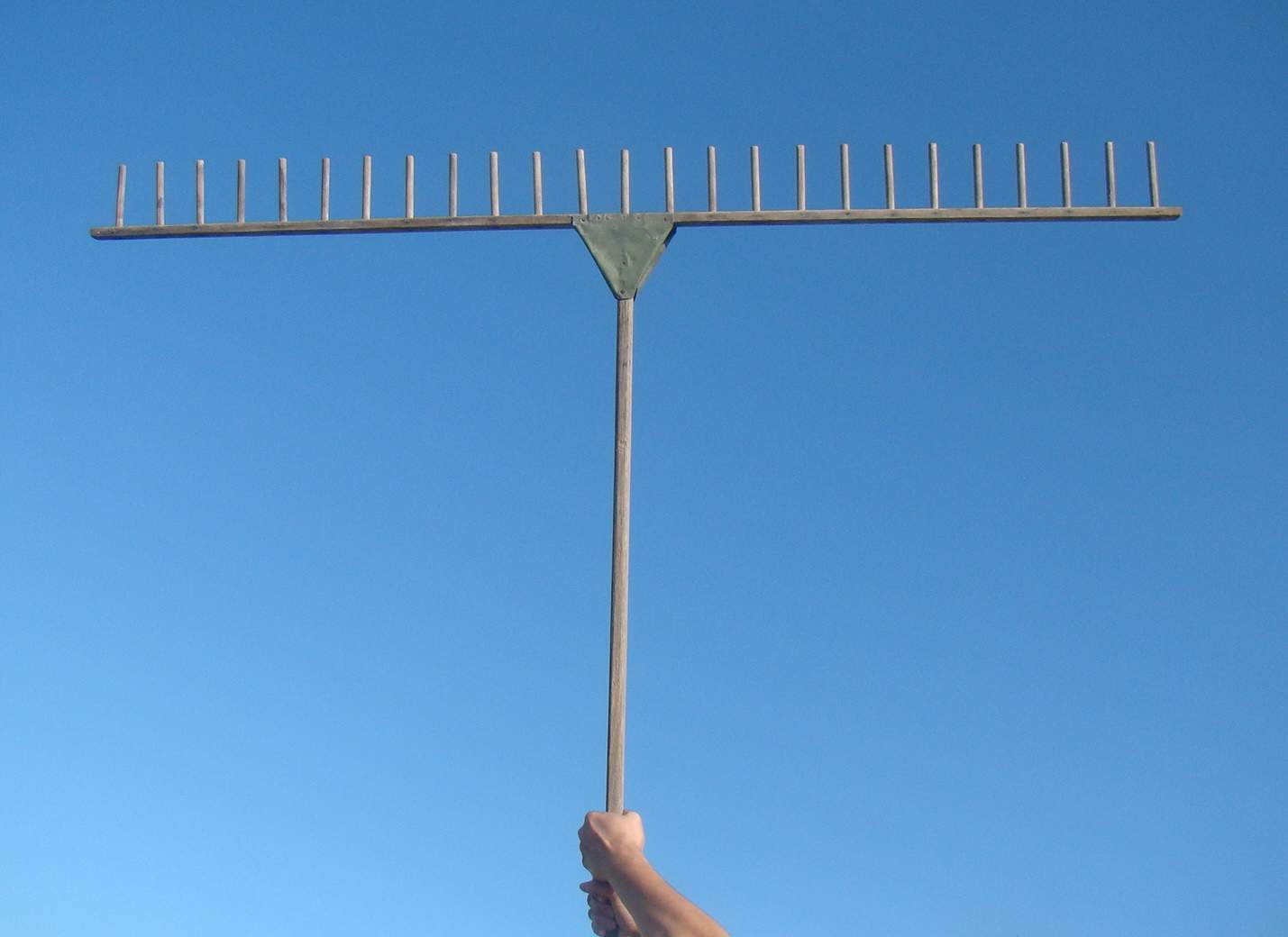 The function of this simple—but ingenious—piece of equipment isn’t obvious at first glance, yet it tells part of the story of Mission’s involvement in the Texas citrus industry. And it comes with a good story about life in Mission “back in the day.”

This item was donated to the Mission Historical Museum by Jorge Limon. Except for his time in the service, Mr. Limon has lived in Mission all his life. In the late 1930s, when he was a child, Jorge would take lunch prepared by his grandmother to his mother who worked at one of the area’s juice canning plants. While there, he would watch workers unload empty juice cans from the trains using this tool.

The cans arrived neatly stacked in paper-lined boxcars. They had open ends because the tops came separately and were attached after the cans were filled. To unload, workers picked up twenty-five cans at a time on the prongs of the fork and transfered them to a chute that sloped down through the door of the boxcar. The chute was made of two lengths of angle iron. The width between the two pieces corresponded to the height of the cans. The cans were laid into the chute, and the fork pulled out. The cans would then roll down the chute out of the boxcar. As the cans went into the canning plant, they would be washed first by a water spray, and then steam-cleaned.

This was when the fun began for Jorge! After the boxcar was empty, he would climb in and ride along as it was transferred to another shorter stretch of siding for storage. According to Mr. Limon, the unloading tool was likely made by the can manufacturer and was included with the shipments.

Vernon G. Weckbacher is the archivist and curator of the Mission Historical Museum.

Tawny Elizabeth Davis Half Mexican, Half Syrian, All American Girl
Karen Lizeth Manzanares From Dry to Humid
Unkown From Nigeria to Dallas
See All Stories »