Texas History Is My History 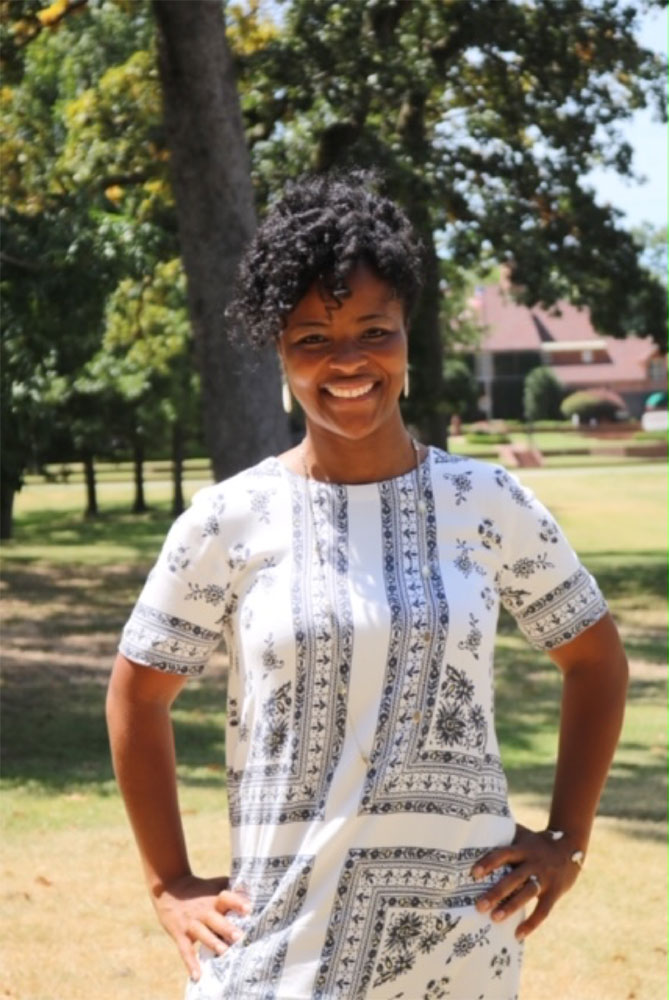 I am an Associate Professor of Psychology at Huston-Tillotson University in Austin, Texas, and my interest in how identities form, evolve and intersect (according to both personal and sociocultural factors) stems from understanding my personal identity development.

I believe that language is powerful and can both describe and determine one’s identity. As such, I believe my name reflects a large part of who I am and why. One of the most salient identities I hold is not readily apparent by my name, but influences all of the aforementioned identities I hold. I am of African American descent, and this intersects with my femininity, religion, gender and nationality. Living as a racial minority in a society like America is difficult and lacks privilege in many ways, but also comes with special and unique cultural affiliations and history that I would not trade. African American individuals in Texas have had a long, tumultuous journey to equality and social justice that is still unfolding today. While all Americans share in the ripple effects of chattel slavery and de facto segregation, Texas history has its own unique storied past with these occurrences. The most poignant example for me lies in the celebration of June 19th, commonly referred to as “Juneteenth.” This celebration marks the day in which emancipation from slavery was officially announced in Texas in 1865. When I was growing up, this holiday was usually celebrated with parades, barbeque parties, etc. I believe it reflects something unique about what it means to live as an African American in Texas. The fact that the vast majority of other states in the country celebrate this I believe reflects the influence Texas has on national culture, norms and ideology. I believe It is my hope that I can raise my children in a way that they interact with others with knowledge and awareness of their local, national, and worldwide history and with hope of the attainment of these precious things long after I am gone.

My mother chose my first name (Andrea) spontaneously while watching television overseas. She was watching NBC news with Andrea Mitchell and decided this name would be suitable for her first daughter. The timing and choice of this name reflects much of my identity. For example, I was raised in a two-parent household and am a daughter of a Colonel in the Air Force, and was born in Misawa, Japan as a result. This fact has shaped how I see the world, how comfortable I am with change and how I define “home.” The dual citizenship also reflects my personal belief of worldwide interconnectedness and universally shared traits among humans. In high school, my mother also shared with me that my name also means “woman of the lord”. This also reflects two components of my identity still present today: cisgender woman and follower of Christ. These identities possess much social privilege and I continually am aware of ways in which I have advantages in this society because of those identities. These identities have certain specific cultural meanings as a resident of Austin, TX. Both femininity and Christianity have unique meanings in the southern region of the United States and I have seen the ways in which they influence how I define the terms. For example, Texas is a historically “conservative” state, and I often feel more freedom and pride in my religious identity than I would in a state without such historically conservative values. What it means to be a woman in the south is often synonymous with poise, hospitality, beauty and, at times, passivity. As I got older, I realized that traditional gender roles were not authentic to me and I valued more open, fluid ways of describing myself in terms of my gender.

My last name, Holman, is one I acquired through marriage. This reveals more identities I hold, as a heterosexual married person. Additionally, I am referred to by my last name more often than my first in daily life, as my level of education necessitates that individuals refer to me as “Dr. Holman”. These individuals are students at Huston-Tillotson University, the oldest institution of higher learning in central Texas area and a historically black university. Working at an HBCU is one of the ways I see myself connecting and giving back to younger individuals of my racial group and providing them with access to one of the most liberating tools they can have: education. HBCUs like Huston-Tillotson have often struggled to achieve the same level of awareness, recognition and funding as other predominately white institutions. My role as a professor at an HCBU that, in its inception, worked to educate freed African slaves seems to represent the continued fight to achieve the aforementioned things not only for students, but for African Americans in central Texas. The marriage I entered into also resulted in children who also share my last name, and my identity as a mother of two sons is one of the most shaping identities I have. What it means to be a ‘”good” wife, mother, and woman is definitely influenced by Texas history and southern culture. I intentionally work to expose my children to literature and role models in Texas that will serve as positive examples of what it means to be a proud member of the Black race. These include individuals such as Barbara Jordan, an influential politician in Texas history. Stories like hers help support my mission to provide my sons with a holistic education about themselves in the landscape of Texas history.

Dr. Andrea Holman serves as an Associate Professor of Psychology at Huston-Tillotson University. She also serves as community liaison between Huston-Tillotson and other institutions who desire to engage in academic and/or community work to reduce racial health disparities in east Austin. She was recently appointed co-chair of the health and wellness working group for the city of Austin's task force on Institutional Racism & Systemic Inequities, formed by mayor Steve Adler. She primarily engages students in the classroom and conducts research understanding the psychological experience of African-Americans, specifically the complexities of racial identity and cultural mistrust and their impact on interracial interactions. She has contributed to academic journal articles, book chapters, national presentations and recently appeared on a podcast discussing the aforementioned subjects.