A Texan's Quest for Justice 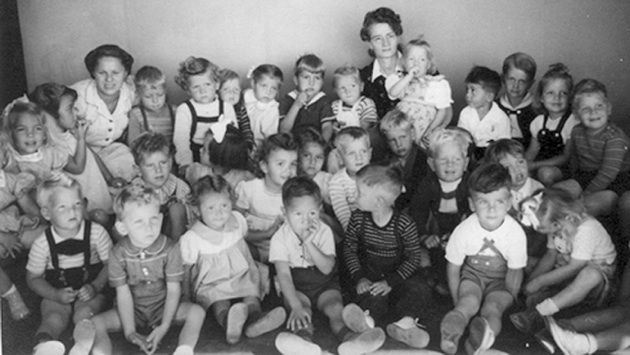 When I was in eighth grade, I began researching internment during World War II and I came across the former camp in Crystal City, Texas. I took a deep interest in the injustices that once took place in this small Texas town. I contacted the Texas Historical Commission, who at the time had named William McWhorter as the director of military projects. I proceeded to find transportation to Austin to interview him as he was the only person, to the best of my knowledge in recent years, who had initiated a movement to recognize the former internment camp in Crystal City, Texas. William informed me that Germans, Italians, and Japanese were detained at this camp. He then led me to get in contact with Eberhard Fuhr, a former internee held at the camp.

Mr. Fuhr is the first personal connection I had to the camp in Crystal City, and I must credit him for inspiring me to continue with my research. Mr. Fuhr came to the United States with his mother, Anna Fuhr, father, Carl Fuhr, and brother, Julius Fuhr. They were sponsored by the Concordia Lutheran Church of Cincinnatti, Ohio and Frank Grammer, a restaurant owner in the Midwest. His mother, a housewife, later gave birth to his brother, Gerhard Fuhr. On August 5, 1942 Carl and Anna were taken into custody by the FBI. Weeks later, they were put in front of a hearing board (not a court of law) which ordered them into internment. The hearing board never allowed them to face their accusers. Gerhard, Eberhard's younger brother, was interned with his parents, although born an American citizen. If Gerhard had not joined his parents in internment, he would have been sent to an orphanage, a destiny suffered by many internee children.

On September 12, 1942, Carl, Anna, and Gerhard boarded a train to Chicago, where they were then sent to a federal women's prison in Seagoville, Texas. They were held in Seagoville along with 700-800 family internees until July of 1943 when they were then sent to Crystal City, Texas. Meanwhile, Eberhard remained in Cincinnatti and attended Woodward High School. Julius left for Ohio College on a full athletic scholarship. Eberhard participated actively in athletics and the Civil Defense Bomb Squad. On March 23, 1943, while sitting in class at Woodward High School, Eberhard was arrested by two FBI agents. He never returned to his high school, and did not graduate two months later. Eberhard states, "I lost not only the items in my school locker, but also my dignity." He was locked in the county prison based on "phone call evidence," information that had never been proven. The next morning he was taken by car to 4800 Ellis Avenue in Chicago, Illinois. He was held here, along with twenty other inmates until July of 1943 when he was also sent to Crystal City, Texas. He was transported to Crystal City on a heavily armed train with one thousand other internees. The Crystal City camp imposed hardships: the fences were twelve feet high, guard towers were every fifty feet, temperatures spiked over one hundred degrees, and scorpions ran rampant throughout the grounds.

I am German American myself so to hear Mr. Fuhr's story opened my eyes to a new facet of history. I was unaware of the shame and suffering that many German Americans had to endure during World War II so I made it my mission to make their story known. After my National History Day project in eighth grade, I continued my research on internment during my personal time, but I failed to create any major interest in this topic. I still never gave up. When I began my freshman year at St. Mary's University, I found the perfect time to start this campaign again. Dr. Van Hoy, professor of History at St. Mary's University, partnered with the Bob Bullock History Museum on their Texas Story Project, which collects stories from people's experiences in Texas. I knew that this was the chance for Eberhard's story to be heard.

I began by contacting Dr. Van Hoy and she was immediately receptive to my idea. She contacted the Texas Historical Commission's Dr. Rakoczy who then put us in contact with Mr. Fuhr, Mr. Jacobs, and Mr. Wesselhoeft, all of whom were interned in Crystal City. Mr. Fuhr informed us of his poor health so Dr. Van Hoy and I immediately booked plane tickets with no outside funding to interview him for the Texas Story Project. Time began to pass and still we received no confirmation from Mr. Fuhr. I no longer received responses from him. A couple of weeks later, I learned that he had passed away. My heart felt empty. Although I was devastated with the loss of the man who inspired me, I knew that he was giving me the strength to continue my research, and that I did.

Dr. Van Hoy and I proceeded with our trip to Chicago where we visited 4800 Ellis Avenue, the house where Eberhard and Julius Fuhr were interned along with Mr. Wesselhoeft's parents. At first, the residents of the house were reluctant to allow strangers onto their property, however, all we had to do was mention Mr. Fuhr's name and everything changed. They remembered the kind and informative person that he was and opened their home gladly. I could not understand how such hardship could reside in such beauty. The house symbolized the secret history of this event; it stood with no sign of the internment there, just as how the United States government has failed to recognize the internment of German Americans.

Children and students are all welcome to help seek remembrance and recognition because kids suffered too. Mr. Wesselhoeft was only six years old when he was interned; Mr. Jacobs was twelve; Mr. Fuhr was seventeen. Of the 634 German Americans sent from Crystal City back to an active warzones in Germany, 139 were kids ages six or younger. The youngest was a newborn. Those American residents and citizens were punished as enemies yet Mr. Wesselhoeft retired as a Lieutenant Colonel in the United States Air Force; Mr. Jacobs retired as a Major from the United States Air Force; Mr. Fuhr obtained a master's degree from the University of Wisconsin. We are launching a campaign to win official and public recognition of the internment of German Americans. (Japanese Americans were recognized by President Reagan in 1988; Italian Americans were recognized by President Clinton in 2000.)

Join 24 others and favorite this