A critical tool for marine navigation 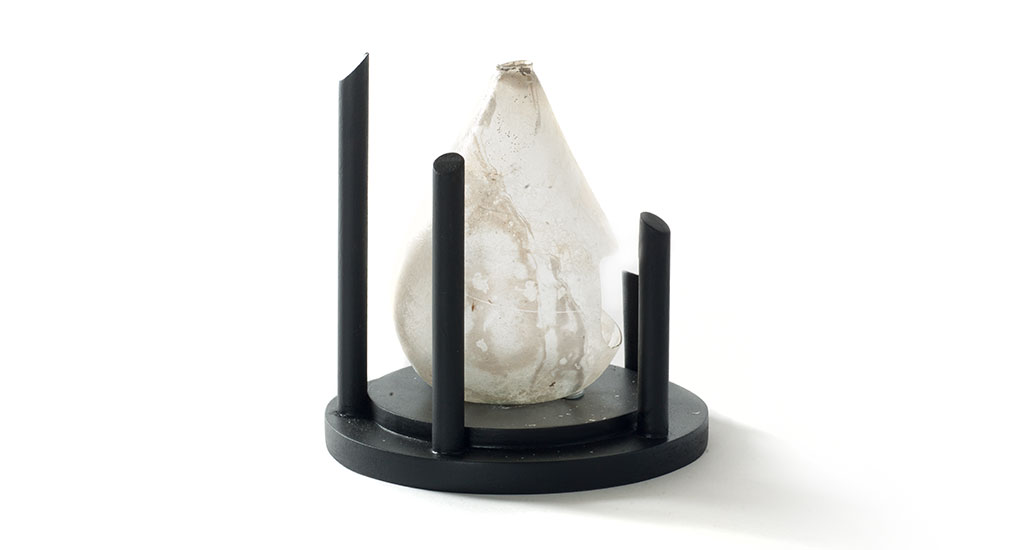 This Marine sandglass was discovered in 1996 during the excavation of the La Belle shipwreck in Matagorda Bay. During René Robert Cavelier, Sieur de La Salle’s 1684-85 expedition to America, this sandglass would have been used to log the ship's speed and to keep track of time.

In navigating through the open ocean, the sandglass was as important as the compass. Combined with the compass and a tool called the chip log (a wooden board that could be dropped over the side and towed beside the ship), the sandglass was used to measure the ship's speed and enable the navigator to plot the ship's position on a map. This method of navigation is called dead reckoning and was used into the 19th century.

Filled with the amount of sand suitable for measuring a certain interval of time (in this case, 30 minutes), the glass was also used to define a "watch" for the men on duty. It was the job of a ship's page to turn the glass so that the watch was measured accurately. Sandglasses were also made to measure one hour, and in some cases just one minute.

Property of France from the collection of the Musée national de la Marine.  Loan courtesy of the Texas Historical Commission, Austin