A rare female Freemason in the early 1800s 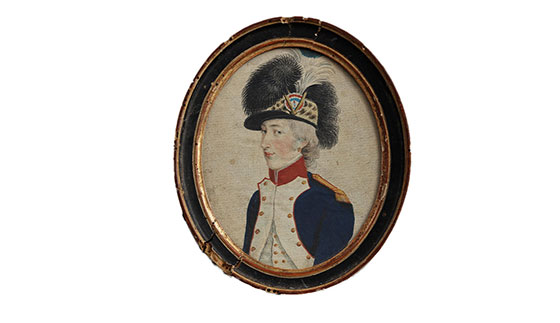 Marie-Henriette Heiniken, also known as “Madame de Xaintrailles,” disguised herself as a man in order to serve in the French Revolutionary and Napoleonic Wars in the 1790s and early 1800s. Shown here wearing the uniform of a French cavalry major, she was one of few women to become a Freemason at the turn of the 19th century.

Heiniken purportedly acted as aide-de-camp to General Charles Antoine Xaintrailles, thought to have been her husband or lover, early in the war. According to one account, she had hopes of joining the French Adoption Rite, a lodge specifically for women. When Masonic brothers learned her identity, they initiated her into the male lodge because of her brave service in the war.

Exhibit: Mystery And Benevolence
This artifact is not on view.