Culture lost to the Holocaust with a survivor's perspective

NOVEMBER 28, 2016 (AUSTIN, TX) — The Bullock Texas State History Museum and the Schusterman Center for Jewish Studies will co-host a discussion and remembrance of the fabric of life lost to war and genocide on Nov. 29, 2016 at 7 p.m. The program is part of the educational activities related to the museum's current exhibition, State of Deception: The Power of Nazi Propaganda, on view through Jan. 8, 2017. The exhibition includes rare artifacts, historical film footage and first-person interviews that explore the impact of propaganda used by the Nazis to impelment radical programs and to justify war and mass murder.

As part of the program, Worlds We Have Lost: A Dialogue, Dr. Steven J. Fenves, a Holocaust survivor of a Hungarian-speaking Jewish family from Yugoslavia, and historian Robert H. Abzug will discuss a central reality of Nazi genocide — the near complete annihilation of irreplaceable communities of Jewish individuals, families, and institutions, something often obscured by the lurid sensationalism of Nazi propaganda and the haunting scenes from liberation of concentration camps.

"Through programming, the Bullock Museum always seeks to show the ongoing relevance of historical actions," Director of Education Kate Betz said. "This program is timely and incredibly important as we examine the continuing legacies of World War II."

Dr. Fenves will describe the family and society in which he was raised and its destruction at the hands of the Nazis and local collaborators, as perceived and remembered by a 13-year old boy. He will attempt to address the question of how much the Jews in his town knew and feared what their fate might be, as well as how much they might have repressed. Most of all, he will discuss what was lost in the way of cultural richness and continuity as well as human life. The evening's program will include an introduction by President of the University of Texas at Austin Gregory L. Fenves. A reception will follow the program.

The Bullock Museum worked with the United States Holocaust Memorial Museum to bring the State of Deception exhibition to Texas, and augmented it with artifacts on loan through partnerships with the Dallas and Houston Holocaust museums and private collectors. The exhibition examines how Nazi leaders harnessed propaganda in bold and unprecedented ways with devastating results abroad and at home.

To accompany State of Deception, the museum curated a companion exhibition, On the Texas Homefront, which examines the consequences of Nazi propaganda in Texas. Original artifacts, news articles, editorial cartoons, historical film footage, artwork and first-person narratives offer a new perspective on how propaganda was used in Texas during the first part of the 20th century. In partnership with St. Edward's University, the museum also installed The Butterfly Project, a large-scale artwork consisting of thousands of paper butterflies made by children throughout Texas who were inspired by The Butterfly, a 1942 poem written by a young man in a concentration camp. The butterflies represent endurance, change, hope, and life and celebrate the resilience of those who stood up against Nazi propaganda.

For more information about the program and exhibitions, visit www.TheStoryofTexas.com or call (512) 936-4649.

Steven J. Fenves is a University Professor Emeritus, Civil and Environmental Engineering at Carnegie Mellon University. Until his retirement from active teaching in 1998, Fenves worked in the research fields of design standards, engineering databases, knowledge-based systems, machine learning, and comprehensive design environments. He currently lives in Washington, D.C. where he shares his stories of growing up during World War II and the Holocaust with the public at the United States Holocaust Memorial Museum. 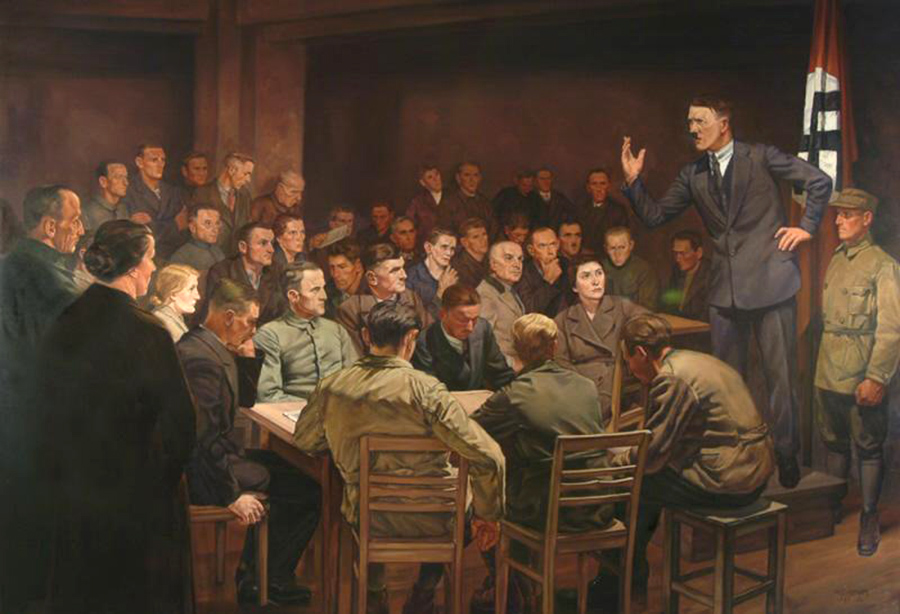