MAY 10, 2017 (AUSTIN, TX) — Director Michael Cohn will host a screening of his Texas-shot thriller Sacrifice (2015) on Thursday, May 18, 2017, as part of the Bullock Texas State History Museum's Texas Focus series, a cinematic exploration of the Texas narrative.

Writer/Director Michael Cohn is a filmmaker with 25 years experience in the entertainment industry. He directed three feature films prior to Sacrifice, including Interceptor with Jurgen Prochnow and Andrew Divoff, When the Bough Breaks with Martin Sheen and Ron Perlman, and Snow White with Sigourney Weaver and Sam Neill. As a screenwriter Cohn has worked with such directors as Tim Burton, John McTiernan, Bille August, Alfonso Arau, and Martin Scorsese.

A graduate of the University of Texas at Austin filmmaking program, Cohn has divided his time over the years between filmmaking and teaching film production at various colleges in Austin and Houston.

Filmed in the Houston area, Sacrifice chronicles the aftermath of an ill-fated hunting trip that propels a circle of reasonable people toward increasingly desperate acts. Hank (Luke Kleintank) is a handsome, multi-talented high school student who has just led his football team to a stunning victory during the biggest game of the season. Eager scouts are circling and Hank’s parents (Dermot Mulroney and Melora Walters) are counting on their son to win a scholarship to a good college so he can enjoy a brighter future, far away from their life in Texas.

Their younger son, Tim, idolizes his older brother and persuades Hank and his friends to let him tag along on their celebratory hunting trip. It is a decision they soon regret. Hank finds himself at the center of a desperate and rapidly deteriorating situation that tests his moral compass and threatens to destroy his family and his dream.

Sacrifice is part of the museum's original Texas Focus film series. The next film in the is Andy Paris: Bubble Gum King on June 22, featuring a conversation with directors John Paris and Gabriel Ramirez.

The museum also operates the Bullock Museum IMAX® Theatre, which is the first and only theater in the state featuring laser IMAX projection and 12-channel immersive sound.

The museum has free parking after 5 p.m. and student discounts. Ticket purchases support the museum’s exhibitions and educational programming. Details and tickets at TheStoryofTexas.com. 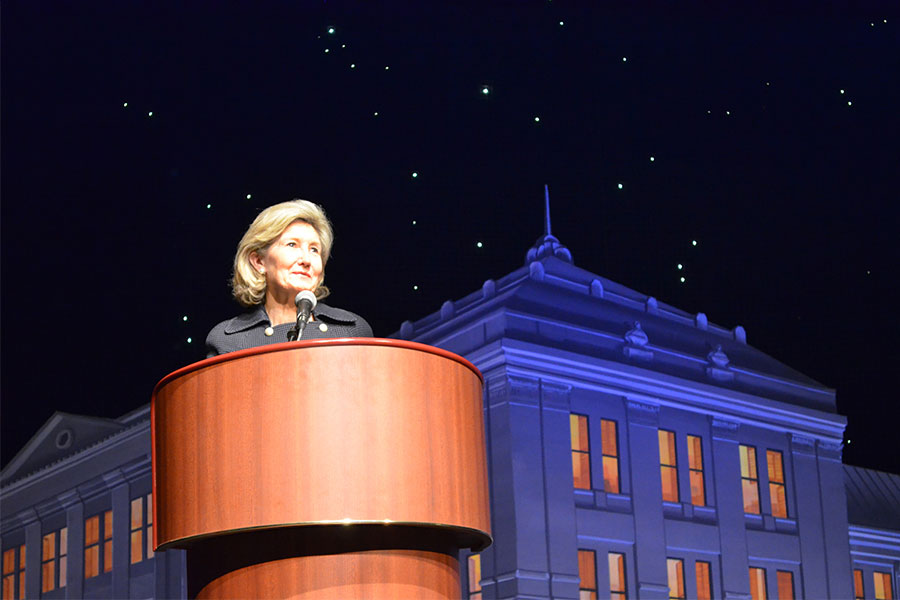