FEBRUARY 18, 2020 (AUSTIN, TX) — This Light of Ours: Activist Photographers of the Civil Rights Movement is now on view at the Bullock Texas State History Museum. The exhibition showcases more than 150 stunning photographs by activist photographers who captured the struggle against segregation, race-based disenfranchisement, and Jim Crow laws across the South in the 1960s.

“This exhibition is remarkable in its documentation and representation of the resilience of people who fought with their very lives against injustice during the Civil Rights Movement of the 1960s," said Bullock Museum Director Margaret Koch. "These images are powerful, honest, and real in their recording of history as it happened. I think visitors will find they strike at our hearts, speaking to the essence of both the good and evil in humanity, the continuing battle against racism and disenfranchisement, and the power of the vote.”

Divided into four sections, the photographs walk visitors through everyday black life in the South, the nexus between national policies and local conditions, the varied expressions of white supremacy in southern states, and the Meredith March—the movement's last great march. Throughout these sections, audio stops encourage visitors to listen as photographers share behind-the-scenes moments of select images in their own words, and powerful large-scale photographic murals connect the themes of the exhibition to contemporary topics.

Included in the exhibition while on view at the Bullock Museum is a collection of more than a dozen images representing activism and protest in Austin's own local history. The content was originally developed by the Austin History Center as part of their 2018 exhibition Taking It to the Streets: A Visual History of Protest and Demonstration in Austin, with the majority of images coming from their collections.

“Moving through the exhibition, we hope visitors will better understand the immensely difficult work and struggle that communities went through, and are going through, locally and nationally," said Koch. "The courage and determination portrayed are truly inspiring.”

This Light of Ours: Activist Photographers of the Civil Rights Movement is on view until May 31, 2020. For more information, visit TheStoryofTexas.com.

This Light of Ours: Activist Photographers of the Civil Rights Movement is presented by the Center for Documentary Expression and Art and the Maltz Museum of Jewish Heritage.

Major support for the exhibition has been provided by the Bruce W. Bastian Foundation and the National Endowment for the Arts, with use of the Bob Fitch photographs courtesy of the Department of Collections, Stanford University Libraries.

Sponsored locally by The Albert and Ethel Herzstein Hall Fund. 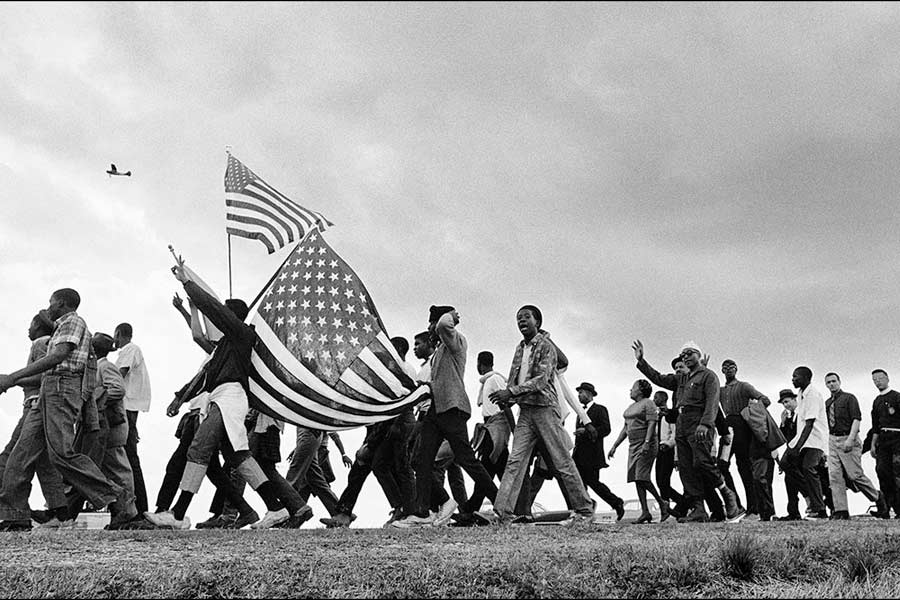 This Light of Ours tells a visual story of the struggle against segregation, race-based disenfranchisement, and Jim Crow laws in the 1960s. View Media Kit