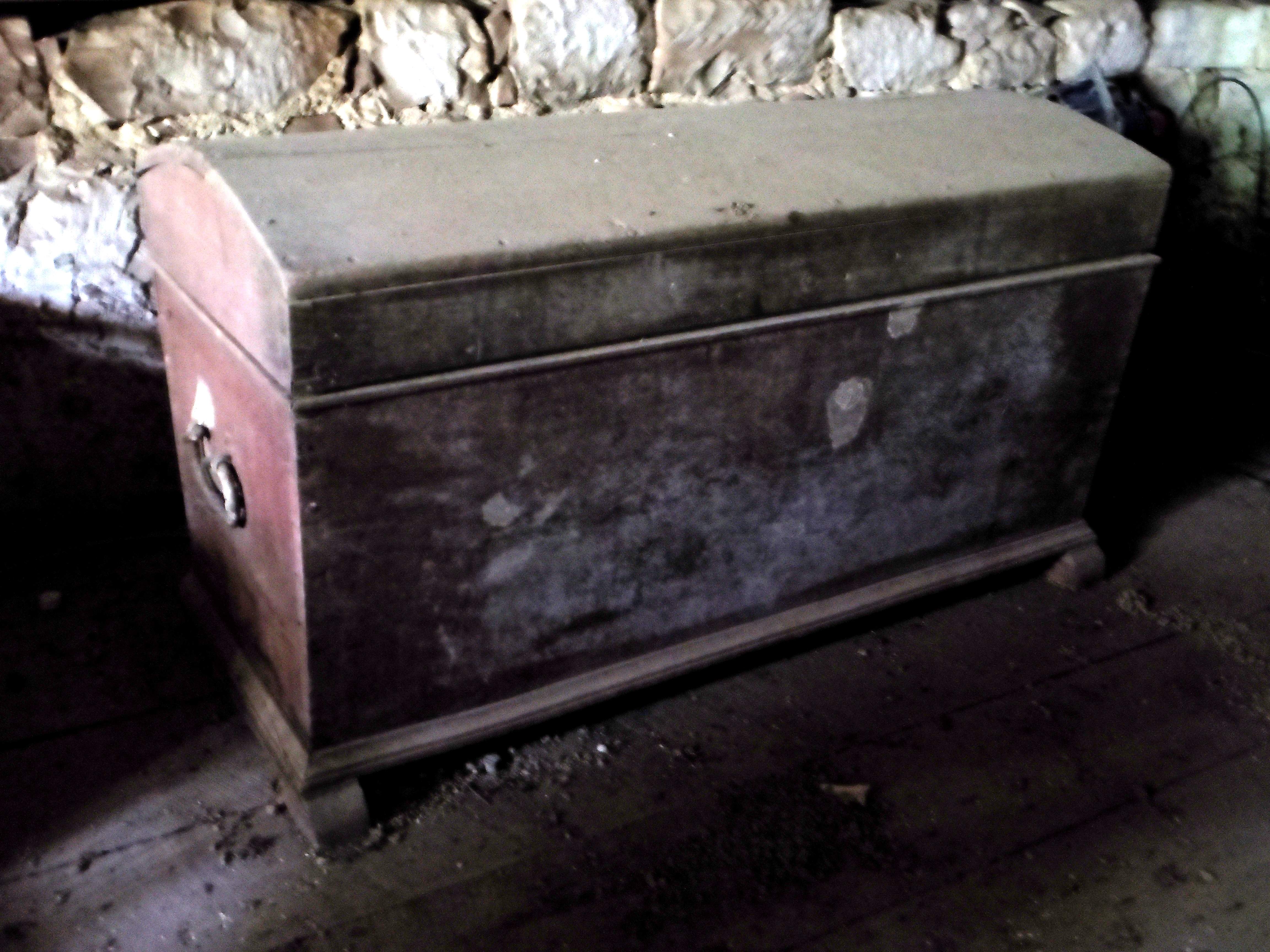 My great-great-great-grandfather, Christoph Dierks, brought his wife, Anna Marie Bade Dierks, and their three sons, Heinrich, Wilhelm, and Hermann, to Texas in December of 1845. All their belongings had to fit in this trunk for the passage from Bremen, Germany, to Galveston on the ship, B. Bohlen. The family then transferred to another ship for the trip to Indianola because Christoph had signed a contract with the Adelsverein (Society for the Protection of German Immigrants in Texas) before leaving Germany. As they started their journey to the Republic of Texas, Christoph became one of the immigrants to be buried along the way in an unmarked grave.

Wilhelm, my great-great-grandfather, was only ten when they arrived in New Braunfels, their final destination. He was born in Oettingen, Germany, a parish of Visselhoerede, as had his father and brothers. His mother chose to raise him and his brothers in New Braunfels. She remarried in 1849 only to have her husband pass in 1860. Heinrich and Wilhelm both served in the Civil War.

After returning from the war, Wilhelm purchased the ranch that later passed from his daughter, Emma Dierks Krause, to her son and my grandfather (Opa), Eugene Rudolph Krause, then to my father Eugene Leroy and my aunt Alice, and then down to me. In 2015, the ranch will have been in the family 150 years. According to Opa, in 1872, Wilhelm built the barn first, then the cut-limestone house which we live in today.

Wilhelm and Augusta Kopplin married in 1866, and the trunk was likely used to store important belongings, including the handwritten papers from Germany and the original land deeds that we now cherish today. We are lucky to still have this treasure that Christoph brought from his birthplace.

Michael is a sixth generation German-Texan and currently is the President of the German-Texan Heritage Society, Connie is the family genealogist and local historian, and they both proudly continue to operate Wilhelm’s ranch today.