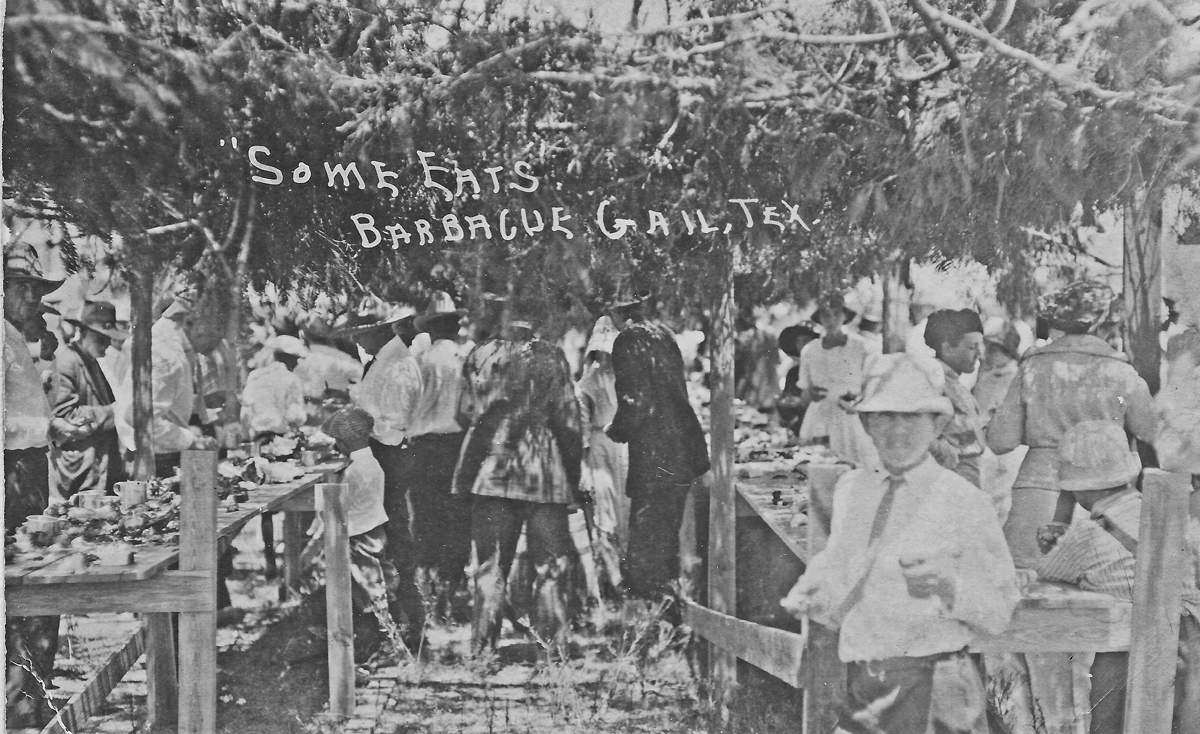 “Do you remember the brush arbors shading the tables loaded with food? And did anything ever taste as good as the lemonade, made in a washtub, with lemon rinds and a big chunk of ice floating on top? Remember how the children chanted: ‘Lemonade/made in the shade/stirred with a spade/the best lemonade that ever was made.’” – Edna Clark Miller

I never tasted “the best lemonade” at one of Gail’s three-day picnics, but I’ve had the pleasure of learning about it through the writings of Borden County resident Edna Clark Miller. Edna’s beautiful recollections of these three-day 4th of July celebrations, which were held in the years before World War I, reveal a time before radios and televisions when entertainment was produced locally. Edna Clark Miller details the activities of the picnic which included sack races, bronco riding, and goat roping, as well as dancing and eating under a beautiful brush arbor.

Mrs. Miller served as the first chairperson of the county’s historical commission, a group in which my mother, Dorothy Austin Dennis, served as the first editor of the newsletter. The original commission spent hours upon hours collecting pioneer stories, researching in the courthouse, and gathering pictures that would otherwise be lost to time, like this one of the brush arbor. This original group also convinced the county commissioners to build a museum that still stands today on the courthouse square.

From the mid-1960s until 2000, the historical commission shared many of these stories in a newsletter called the Borden Citizen. The community is grateful for the efforts of these early Borden county historians who preserved stories like that of the three-day picnics. Now, Texas Tech University’s Southwest Collection houses the digitized newsletters so that future generations can access the old stories of Borden County.

As a child, I spent many hours in the lovely Miller ranch house that was just five miles from my family’s ranch. The Miller ranch still remains in their family, as does a love for history. One of Mrs. Miller's daughters, Barbara Miller Farmer, serves on the current historical commission. Thank goodness, because she is a walking historian herself!

Lisa Mahler is the chair of the Borden County Historical Commission.