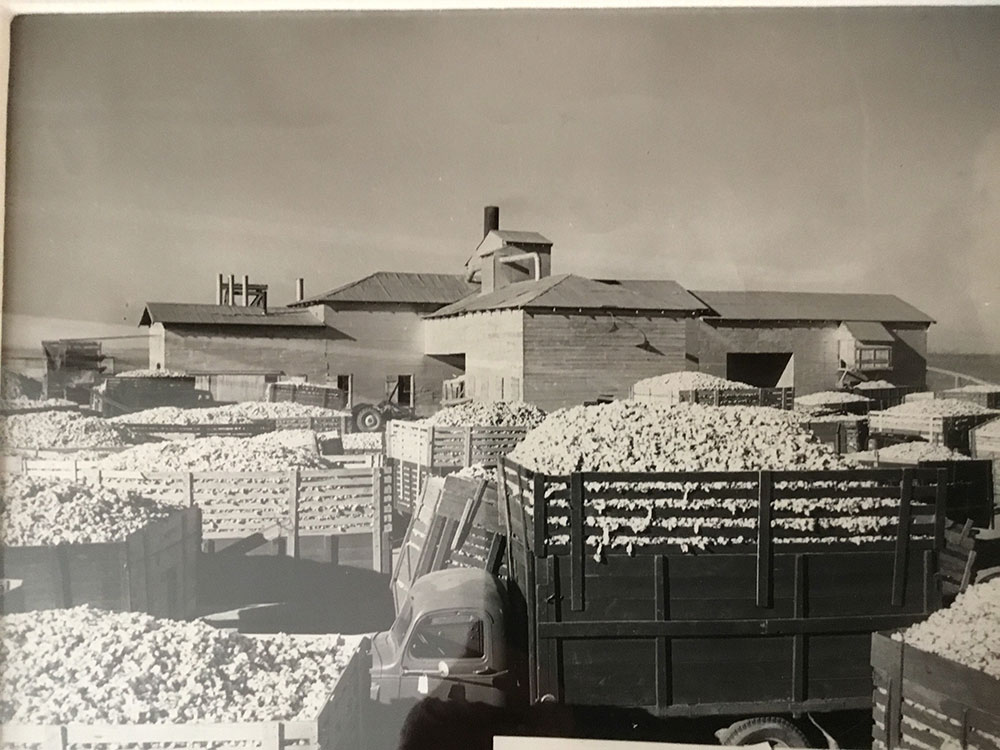 In spring and summer, we lived in a two-room shack near Mustang Draw in Martin County where my dad planted cotton. Fall and winter, we moved to house eight miles north of Big Spring on the yard of the cotton gin our family owned, and Dad worked in the gin. Neither place had running water, but unlike the farm place the gin house did have electricity.

Getting a bath in a place with no plumbing was a chore. In fact, getting water for cooking or anything else was a chore. My parents had a little trailer loaded with three or four oil drums filled with water, which they kept parked by the kitchen porch, the easiest place to dip out a bucket or two for mopping, cooking or setting up a bath. Laundry had to be toted to a wash house in Big Spring, eight miles away. Our source of water was farm two or three miles up the Lamesa Highway, and we would hitch the trailer up, drive to the neighbor’s place and buy water. Dad would cover the barrels with canvas to keep the bugs out, snap spring wire around the canvas, visit a while and head back to our house. Since we never had more than a hundred gallons of water on hand, we didn’t use much. The only house I knew of that had a real bathroom belonged to my aunt Jewel, who lived in Martin County. When we visited there, I would go into the bathroom, just stare at the mysterious tub and fixtures, and marvel.

A bath was serious business. First, the round tin tub came off the wall where it hung from a nail. The tub went into the kitchen because it was the warmest room in the house. Then a few buckets of water had to be brought in—one or two for the tub and one set on the stove for heating so we had warm water. Then the soap, wash rag and towel were laid out. Once the tub held a few inches of warm water, one of us would climb in, get wet down, soaped, washed and rinsed with water dipped up from the tub. You bathed standing up because the tub was too small for anything else. Once rinsed off, the more or less clean bather stepped out and toweled off. All four of us would bathe in the same water because there was so little to be had and heating more took too much time anyway. When everybody was done, the tub was carried or dragged to the kitchen door and the water tossed to the ground.

After several years of this, Dad bought a half acre of land about a mile and a half west of us, because water was found there and the place was on a rise providing just high enough for gravity to carry it down a pipe to the house. Once the pipe was in and the house plumbed, we had a real shower, water for the kitchen and even some for a few flowers. Life was good.

A few months after the water project was done our water pressure dropped to zero. It turned out that the country church that sat next to our water line didn’t have plumbing and it was difficult to find a preacher who would live in a waterless parsonage. The solution was to tap into our line. The church members were all customers of the gin business, so my mom bit her tongue and said it was okay. But Dad had to buy another well site, set up a new pump and lay a new water line so we could have enough water for our own needs. After that, my mom became a Methodist and went to church in Big Spring.

Kelsay Meek graduated from Big Spring High School, one of the few in his extended family to do so. He enrolled at Trinity University in San Antonio, the first of his extended family to enter college. Kelsay worked for Congressman Henry B. Gonzalez for his entire career. In l989, the Congressman became chairman of the House Committee on Banking, Finance and Urban Affairs, whereupon Kelsay became staff director for the Committee, which was then facing the enormous, complex, and onerous task of dealing with the mass collapse of the savings and loan industry. Throughout his career, Kelsay was closely involved with a great array of projects and controversies. He loved all of it.

Julissa Mariscal A Poor Man's Dream
Merly Gómez-García Life On the Roads of Texas
Emmanuel Serrano Alcaraz From Surviving to Thriving: Burn Survivors Thrive Thanks to Those Who Care
See All Stories »