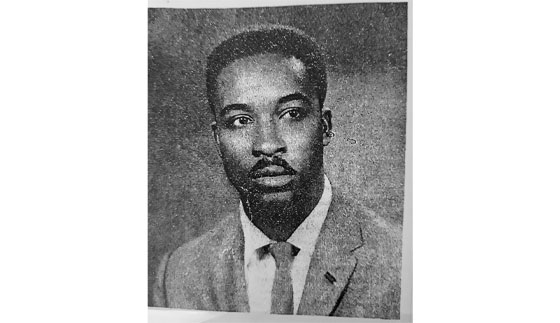 L.E. Bennett was a warrior. A humble civil rights activist from Texas who went from serving as a janitor at Southwestern Bell/AT&T to the president of the Colored People’s Union, advancing to second-line management over five districts. He fought systematic bigotry and successfully integrated the business—putting his life and the life of his family at risk in the process.

It was the 1950s and 1960s, and the war against racism and inequality in America was raging. Not much different than today. While the battle was mostly taken up by African Americans, all people would eventually be challenged to take a stand—to not allow hatred and injustice to continue.

Robert Kennedy and Martin Luther King encouraged Bennett, and he received certificates from the NAACP signed by Roy Wilkins, Rev. C.D. Owens, and W.C. Patton. Bennett also received media coverage and an award from Wall of Tolerance signed by Rosa Parks, among others.

At the time, anyone who was Black, Hispanic, Latino, Jewish, Indian, or any mixed race was considered a person of color. Disrespectful ethnophaulic (slurs) were constantly used against "colored people" (as is still the case in far too many places).

Bennett pledged to do his part to fight racism and inequality after hearing JFK speak at the Alamo with Lyndon B. Johnson during their cross-country presidential campaign. Kennedy’s words rang in Bennett's ears, “Ask not what your country can do for you, but what you can do for your country.”

For generations, whites had limited African Americans to menial jobs, and unions had resisted campaigns for workplace equality. Blacks were given the most menial, demeaning, hazardous, and low-paying positions. African Americans were also taught not to expect promotions, regardless of their ability or experience.

Those unfair and oppressive conditions caused a deep unrest in Bennett. After being honorably discharged from the army, the 27-year-old soldier had found work as a custodian with Southwestern Bell. Over time, Bennett had monitored the company job board for possibilities regarding a more prominent position, but he was told by human resources that he wouldn't be able to apply for a better job.

JFK fueled Bennett's desire to help the civil rights movement taking place in Mississippi and Alabama spread. He combined courage, logic, eloquent speaking, relentless lobbying, and diplomacy in his quest for justice—making it possible for Blacks to get prestigious jobs and promotions.

Bennett also uplifted his community by assisting in voter registration, obtaining funds to get updated plumbing to rehabilitate homes, and more. The man called the "Hidden Jewel of the South" by former councilwoman María A. Berriozábal went on to become a minister and earn his doctorate degree in the late 1980s.

Pushed to his limit, Bennett bore the brunt of insolence, disparaging remarks, arguments, and slurs on his journey for equality. But he persisted, and now he's a prime example of how one person can be a powerful force in ending cycles of inequality and unfairness. No one is too small to effect change. No one.

Bennett wasn't perfect, but he didn't need to be. None of us need to be. We simply need to be braver. Elie Wiesel once said, “We must take sides. Neutrality helps the oppressor, never the victim."

As the proud daughter of the man this story is about, it's my honor to share it with you. I also feel like it's my duty. Considering the continuous onslaught of negative media headlines underscoring the continued racial tension in our country—and throughout the world—I don't feel like I have a choice. My father devoted his life, and risked everything, to fight for equality. The least I can do is tell his story.

Sharon Bennett is the author of the civil rights biography, "Hidden Jewel of the South." Growing up in the 1960s as a person of color proved to be emotional and, at times, turbulent as the daughter of Rev. Dr. L.E. Bennett because he took the selfless step forward to integrate the major telecommunications company of Southwestern Bell/AT&T. The pressures that a civil rights activist endures also affects his family.

Join 76 others and favorite this