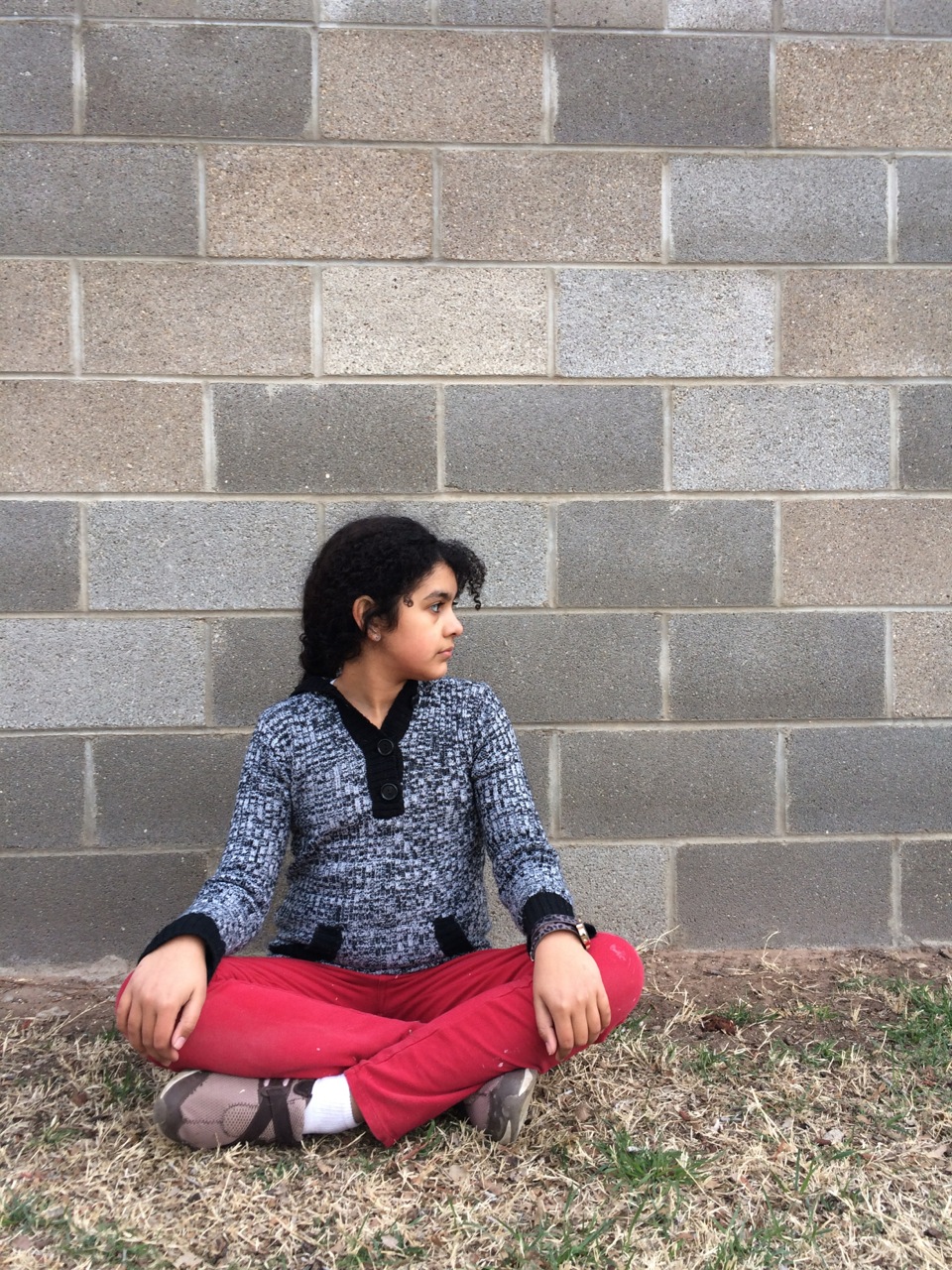 My daughter has no Mexican clothes. We discovered this when she came home announcing that her school would be celebrating Mexican Independence Day, Diez y Seis de Septembre. We began searching earnestly through her closet for something for her to wear. "I need to wear something Mexican," Sierra said, as I flipped through the hangers looking for a bright fabric, embroidery, ribbons. I look at her, seven years old and dressed in Capri pants and soccer shirt, long brown hair pulled back in a ponytail and I think you are dressed like a Mexican. You are a modern Mexicana, mija, drifting in the soup of our family, friends, and community.

Later, as we finished dinner, she started on her homework. "What are the flowers of Mexico?" she asks. "How about cities? I know cities…" "Okay." She settles for the knowledge I have. I wonder, why don't I know the flowers of Mexico? I know the Texas state flower, the bird, the song. Suddenly I feel like a tourist in my own culture, bringing only trinkets while the deeper resonance of what it is to be Hispanic is hopelessly out of reach.

I grew up in El Paso, where the differences between a superpower and a poor country stand in stark simplicity. As a college student, I would sit in my car in the university’s parking lot with millions of dollars of Tibetan architecture rising into the desert air behind me, staring at cardboard shacks across a tiny sliver of water. The only difference between the U.S. and Mexico is politics, I thought. A little girl running on that dirt street sees me, sitting in my car on the mountainside less than 200 yards away across the Rio Grande, yet oceans of wealth, politics and poverty separate us. We are distant cousins, the girl and I, separated by the decision of my great grandmother to leave the family's Mexican village during the revolution. Her great grandmother stayed in Mexico.

I want my daughter to see this border, to feel a kinship with the little girl across the river, to understand the culture that spans the shallow river. But my daughter and I are as distant from the little girl and her world as the university's Tibetan architecture is from the dirt floors and tin roofs. So I search for cultural threads to weave into our life. Music. Art. Dance. I tried at one point to sign my daughter up for folklorico dancing, the same dancing I learned as a six year old. The guerras, Anglo girls, signed up for ballet with soft pink shoes and frilly skirts and they danced in graceful circles. In my neighborhood, we signed up for folklorico dancing, with shiny black shoes with heels that made loud clacks on the ground as you stomped, and bright colored skirts so full that when you lifted one end up to your head, the middle still trailed onto the floor. My mother pulled my hair into a ponytail so tight I could barely blink my eyes, bright red blush shone on my cheeks. I called the Mexican cultural center in our community. "Not till she's twelve," the woman on the phone says, with no trace of the accent. "Sign her up for ballet."

Twelve? Hola, I need a cultural infusion now. I need a way to bring back my grandmother's kitchen where I grew up, sneaking bits of masa as Spanish filled the air. Where I watched the masked wrestler, Santos, from behind the living room couch. Where I glanced at my grandfather's newspaper, Alarma!, filled with the stark black and white images of dead men, bleeding out on the pavement. Our house is filled with CNN, Disney and Nickelodeon, with only Dora the Explorer tossing in an occasional Spanish word. My Hispanic husband and I never speak Spanish unless we don't want the children to understand what we are saying. Birthdays have piñatas, the papier maché horses and stars shattering and candy raining down on shrieking children. When my grandmother visits, telenovelas whisper from the television at night, and my daughter's lunch box often features quesadillas – tortillas and cheese sealed with butter - instead of grilled cheese. These are cultural Band-Aids on a fractured back. As our family steps forward into the future, how much of our inheritance is stripped away by the rushing waters of acculturation? Waters I’ve been bathed in all my life, waters that widen the border well beyond the riverbank.

I find a shirt and skirt my sister brought back from her trip to Mexico City and Sierra runs around in her costume, dancing into the sunshine of the living room. The embroidery spells out MEXICO in stiff block letters, and I wonder if I should pull her hair back into a tight ponytail and toss some blush on her cheek. Ay, mija. What am I going to do? As my children stretch our family history into a future where borders have become threatening instead of open, where Hispanics step out from being a minority to being an economic and political force, will I give her something more substantial to carry with her than a few Tex-Mex phrases and an embroidered dress?

That night I tell her stories of her grandfather, who raised cotton after his family had picked it on ranches for years. I share the stories of the long trips her great-great-grandfather took to gather salt, a four-day ride away by wagon. I tell her about her great-grandmother, who had never even eaten in a restaurant, taking over ownership of La Estrellita Mexican Café during World War II, serving tacos to the soldiers on leave.

I give my daughter one end of the colorful ribbon that weaves through our family from the past. Oye, mija. Listen, my daughter. Your inheritance is in these words. It will not be washed away. You come from a hard-working, loving people. While I may not know their flowers, I know their stories. Take them, and weave them into your future.

Desiree Prosapio is a fifth-generation Texan, award winning writer, and columnist. She writes personal essays about growing up in El Paso as well as humorous autobiographical pieces and fiction. Her work has appeared in various media, including Chicken Soup for the Soul and NPR.

Join 19 others and favorite this