Flooding and the Fickle Finger of Fate in San Angelo 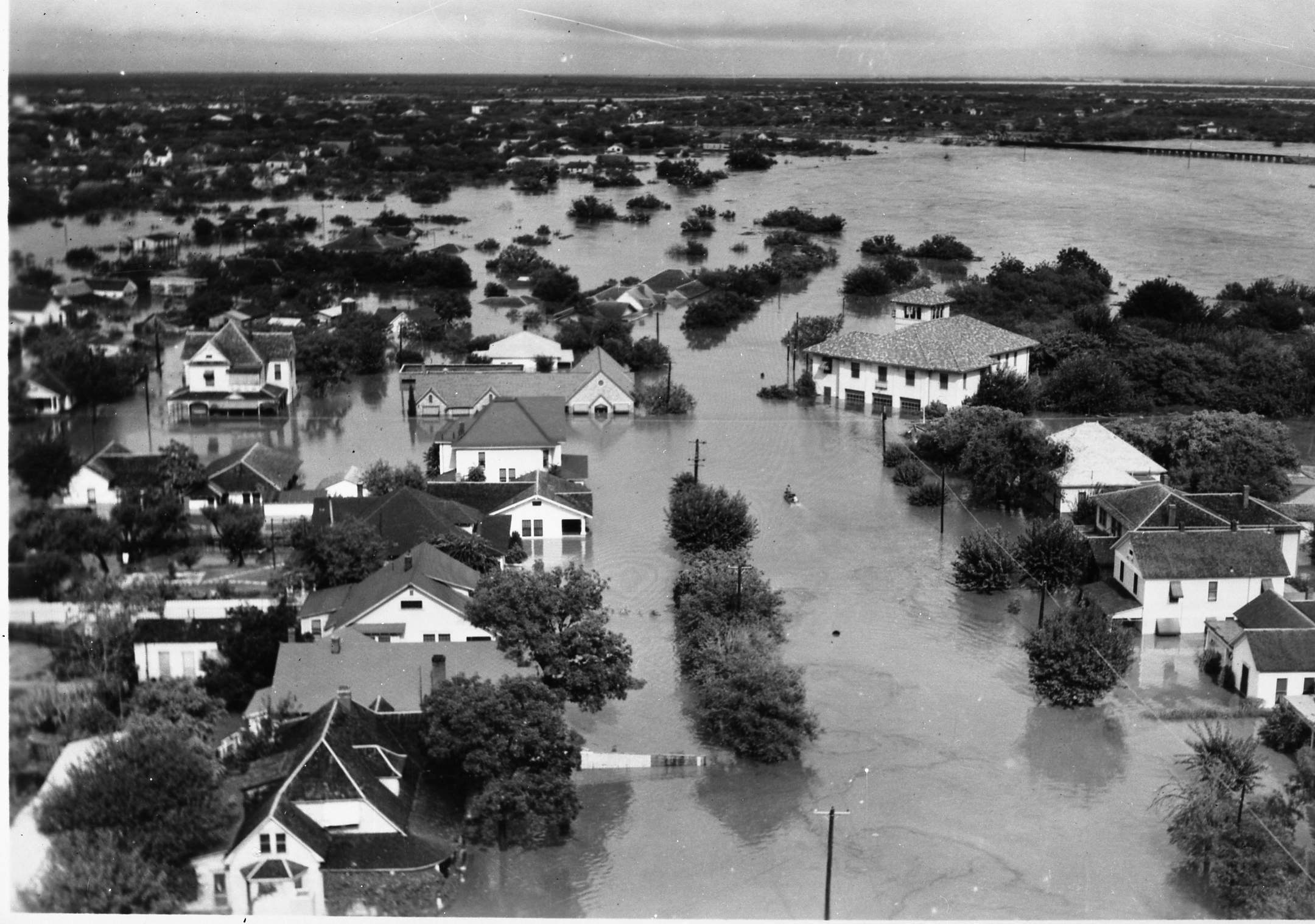 Share
Flooding and the Fickle Finger of Fate in San Angelo

In San Angelo, we often find ourselves with too little moisture. But when it rains, it pours, and sometimes floods—a photo-worthy occurrence in West Texas. Photos and film of the San Angelo 1936 flood capture that pivotal moment in San Angelo’s history.

In September of 1936, the North Concho River was on a 50-foot rise. A swift current ranging from 12 to 25 feet deep swept through part of the business section of San Angelo. San Angelo reported rainfall for the week at 20.13 inches. Although no casualties were reported, approximately 300 residences were swept into the river with another 200 covered by water. The entire city of 26,000 was without water and power. The Fort Worth Star-Telegram reported that between 700 and 800 people were left homeless and that:

“Old-timers here said the flood was the worst in the city’s history. They recalled an inundation of 1882, but said the water did not reach the 50-foot crest attained today.”

By September 18th, the damage was estimated at two million dollars.

Under the direction of the Red Cross, refugees were housed in churches and schools in elevated parts of the city. An area near City Hall was set aside to feed and tend to those who were without food and shelter. Devastation was widespread with streets littered with mud, bridges washed out or damaged, and homes and businesses destroyed.

As a result of the 1936 flood, the demographics of the city changed significantly. People who once lived near the river moved to other parts of town. Barrios began to grow due to the displacement of families along the river’s edge. City and county leaders were determined to construct lakes to prevent another devastating flood. With time, the O.C. Fisher and Twin Buttes Reservoirs were both built to prevent another flood and to furnish water to the city during times of drought.

But things do not always work out the way we plan. In the 1970s, the lakes earned San Angelo a Fickle Finger of Fate Award from "Rowan & Martin’s Laugh-In" for having two dry lakes and building a third. Fortunately, these lakes are now a source of water and recreation for the city.

Suzanne Campbell is the Head of the West Texas Collection at the Porter Henderson Library at Angelo State University.

Lori Smith Feel like the minority even when you're the majority
Desiree Rodriguez A Stand Against Discrimination
Louis Bonnay Jailbreaks, Cherry Cokes and Wasp Stings: Never a Dull Moment
See All Stories »