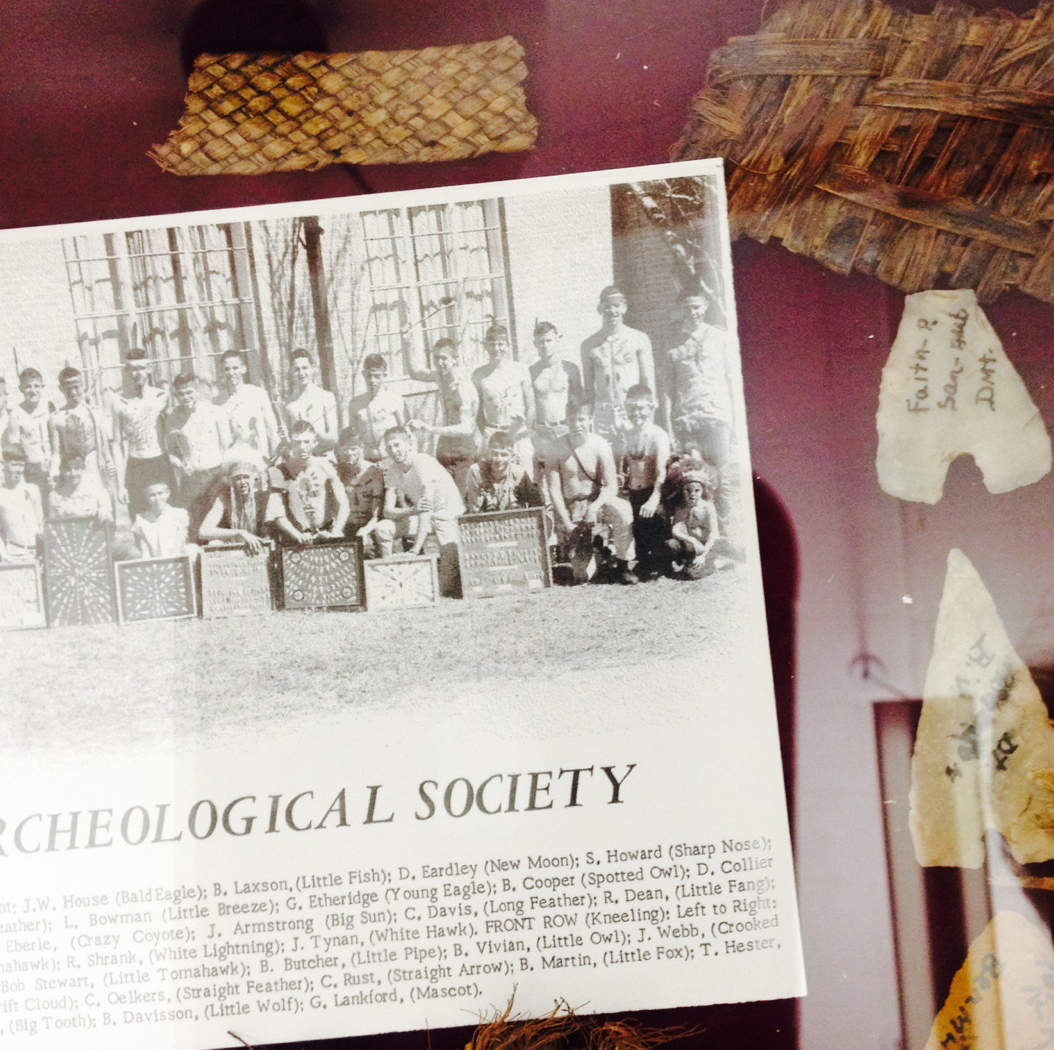 In the 1950s and 1960s, Carrizo Springs High School Spanish teacher Wade House began a unique club. House was a lover of American Indian culture in South Texas and was actively hunting the area for artifacts like arrowheads, spear heads, grinders, and baskets. Hoping to extend his love of American Indian culture and artifacts to his students, he set up the high school’s Archeology Club, open to boys only.

Each member took on a symbolic name. House was called Chief Bald Eagle, in reference to his bald head. Students who joined took on names such as Flying Foot (Larry Speer, later a county judge and insurance agent), Broken Arrow (Robert Lansford, who became a local businessman and rancher), Little Fox (Bill Martin, who went on to own Dixondale Farms) and Rain Eagle (Dr. Thomas Hester, who became a professor, author, and expert in American Indian artifacts). These enterprising young men and Mr. House would camp out over weekends, dressed in Indian fashion, and use only their chosen Indian names. They camped on various farms and ranches and scoured the premises for artifacts. Each artifact was dated and noted with the place it was found, making tracking certain tribes easier for archaeologists.

Upon his death, Wade House's family offered to loan part of the artifact collection to the Dimmit County Public Library, but there was no appropriate place to display it. When I came to library in 2000, one of my first tasks was to find funds to build a museum addition to our present library to hold the discoveries of Mr. House and the Archeology Club. The additions were finished in 2002 and dedicated as the Wade House Memorial Museum. One of House’s former students, Dr. Thomas Hester (also known as Rain Eagle), set up the museum’s display for the materials including spearhead, arrowheads, stone grinders, baskets, sharpeners, etc. The artifacts collected by Mr. House and the Archeology Club are our cornerstone collection, and they provide a unique look back into the county’s American Indian roots.

Mary Ellen Coleman is the director of the Dimmit County Public Library.