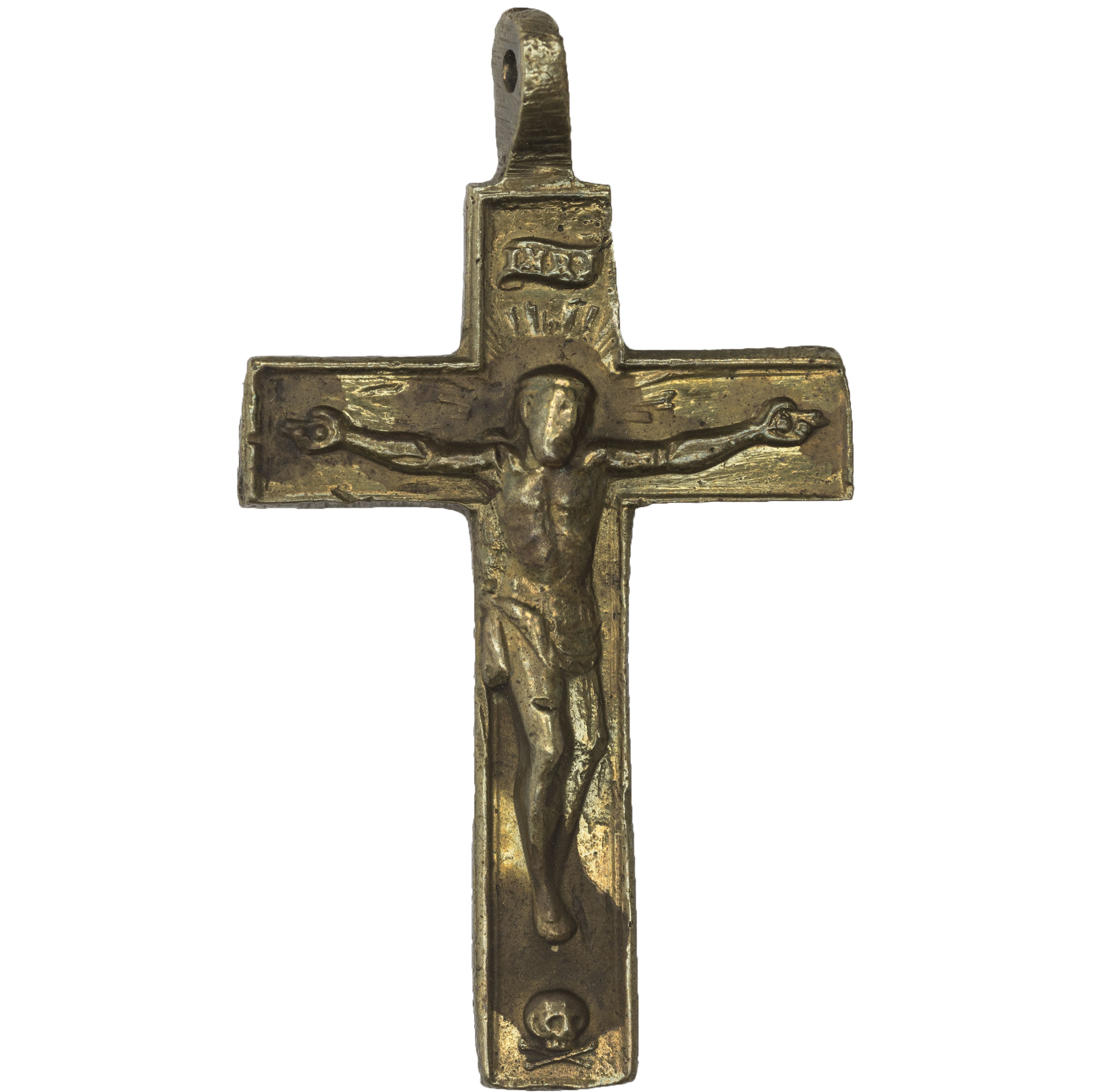 Share
Crucifix found on Spanish boat that shipwrecked in 1741.

Spanish missions supervised by Franciscan missionaries flourished in coastal Texas in the mid-1700s. The missionaries often brought with them symbols of their Catholic faith. This crucifix, found in the cargo of a Spanish ship wrecked off the coast of Mexico in 1741, is typical of items worn by early Spanish colonists and missionaries who settled in Texas.

13-star American flag 13-Star American Flag Divers Voyages Touching the Discouerie of America, and the Ilands Adiacent unto the Same by Richard Hakluyt Divers Voyages Touching the Discouerie of America Shackles Shackles painting of masonic symbols: skulls and cross bones, a blue tent, weights, a hand and heart, chain, tree trunk, and a bow with three arrows, Independent Order of Odd Fellows Tracing Board front and back of a 1700s French trade musket on a white background French Trade Musket