Railroad attendants and the Great Migration 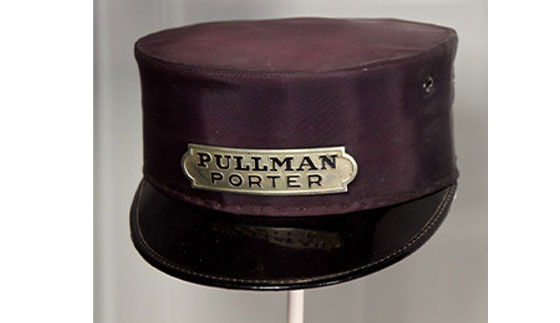 Black Pullman porters worked in railroad sleeping cars, making the mostly white passengers comfortable as they traveled the nation. The porters told friends and relatives in the Jim Crow South that life was better in the North, contributing to the mass migration of Black Southerners to Northern cities in the Great Migration.

In the years immediately following the Civil War, George Pullman began hiring formerly-enslaved Black men to work in his sleeper cars carrying luggage, shining shoes, setting up sleeping berths, and generally serving passengers. Becoming a Pullman porter was one of the best jobs available to Black men during the Jim Crow Era despite low pay and long hours even by the standards of the day.

One of the benefits of being a Pullman porter was traveling the country while rubbing shoulders with America’s elite. Porters were sources of information on what life was like outside of the Jim Crow South and what the broader American society was thinking and doing. They brought home information and recommendations on how and where their Black friends and family could escape the segregation and violence of Jim Crow.

Black Southerners began moving north in large numbers in the 1910s, mostly heading to cities like New York, Chicago, and Detroit. Factory jobs beckoned, especially after World War I cut off immigration from Europe. Southern white employers tried to stop them from leaving, and northern white workers treated them as competitors, but African Americans continued to flee the South. Their exodus became known as the Great Migration.

Exhibit: Black Citizenship in the Age of Jim Crow
This artifact is not on view.