Taking measurements in the 19th century 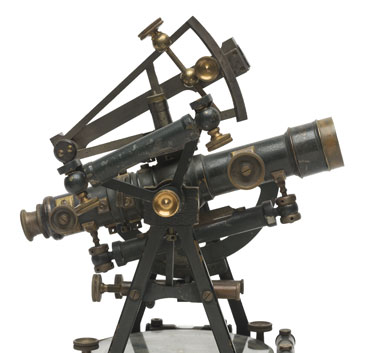 What post-Civil War Texas lacked in funds, it certainly made up for in land. In 1875, delegates at the Constitutional Convention set aside three million acres of land to fund a new capitol building that would be large enough to house all of the state's government departments. The new building would also be a visual reminder of the grandness of Texas. The Capitol Land Board appointed J.T. Munson to survey the Texas Panhandle land that would eventually become the legendary XIT Ranch. Surveyors of the time likely used a tool like this. Crafted by W. and L.E. Gurley, this transit was an advanced version of the compass, but with a telescope attached. This allowed angles to be measured with or without use of a compass needle.