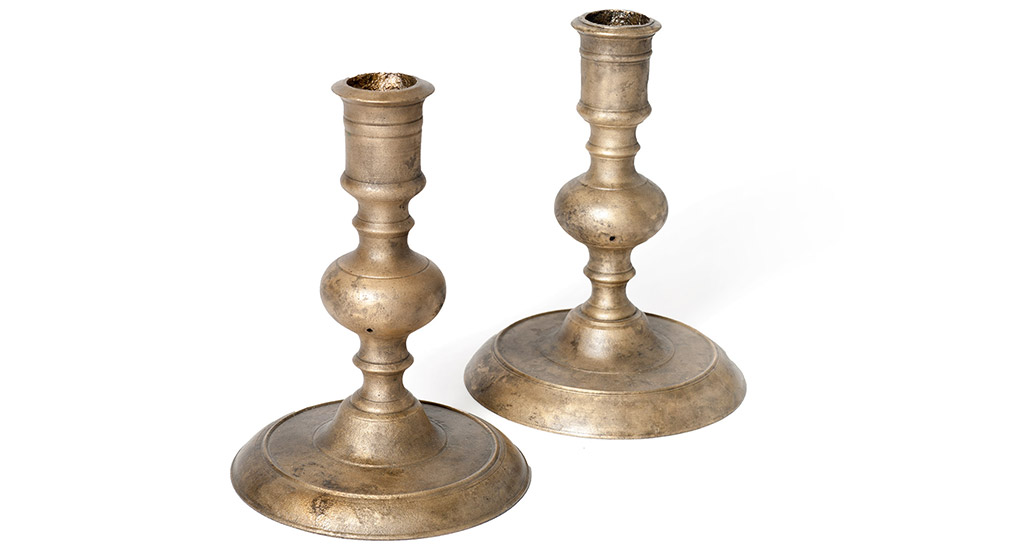 Many of the artifacts excavated from the wreckage served more utilitarian purposes, such as weaponry, construction materials, and early navigation tools, but some were a lot more lavish. Though still intended for a specific purpose, these candlesticks are among the finer objects discovered in the wreckage of La Belle. As René Robert Cavelier, Sieur de La Salle planned to establish a new French colony, many wealthy volunteers—to whom the candlesticks likely belonged— accompanied him on the expedition. La Belle was discovered in Matagorda Bay, northeast of modern-day Corpus Christi, in 1995. The contents were excavated in 1996.

Exhibit: La Belle
This artifact is not on view.