JUNE 25, 2019 (AUSTIN, TX) — The Bullock Texas State History Museum will commemorate the centennial of Texas' ratification of the 19th Amendment with a symposium on Friday, June 28 at 7 pm. The free program coincides with the Museum's newly unveiled gallery, Sister Suffragists, featuring artifacts and media highlighting the suffrage movement in Texas and the United States.

"Thousands of Texas women worked tirelessly to earn the right to exercise equal power in the voting booth," said Bullock Museum Deputy Director of Interpretation Kate Betz. "This gallery and its related programs tell the story of the fight for women's suffrage as well as fights for equality beyond the right to vote."

Beginning as early as the 1850s, women had been working to end state laws restricting female suffrage. On June 28, 1919, Texas became the ninth state to ratify the amendment that would become the 19th Amendment to the United States Constitution. In August 1920, the amendment received final ratification, finally granting women in the U.S. the right to vote.

To mark the centennial anniversary of the amendment's ratification in Texas, the Bullock Museum will host a free symposium on Friday, June 28 from 7 to 9 pm. The program will explore the movement leading up to women's suffrage, provide historical context for this era of Texas history, and highlight issues of continuing relevance today. Panelists include Jessica Brannon-Wranosky, Distinguished Professor of Digital Humanities and History at Texas A&M University-Commerce, Rachel Gunter, Professor of History at Collin College in Plano, and Celina Stewart, Director of Advocacy and Litigation at the League of Women Voters.

During the program, attendees will have the opportunity to explore the Museum's newly unveiled gallery space, Sister Suffragists. The collection features rare scrapbooks, speeches, letters, posters, pamphlets and cartoons, as well as a selection of textiles that demonstrate the changing roles of women in American society. Visitors can also dive deeper into the suffrage movement and equal rights for women with interactive multimedia.

For more information about the Suffrage Centennial: Texas Women and the Right to Vote symposium on June 28 or the Sister Suffragists gallery, visit TheStoryofTexas.com.

ABOUT TEXAS A&M UNIVERSITY-COMMERCE
Located in beautiful Northeast Texas and founded in 1889, A&M-Commerce is one of the oldest universities in the state. Our vision is to transform lives by providing a relevant, personalized education to diverse learners; advance knowledge and pursue impactful research; serve an inclusive community where all are valued; and foster collaboration to solve contemporary problems. 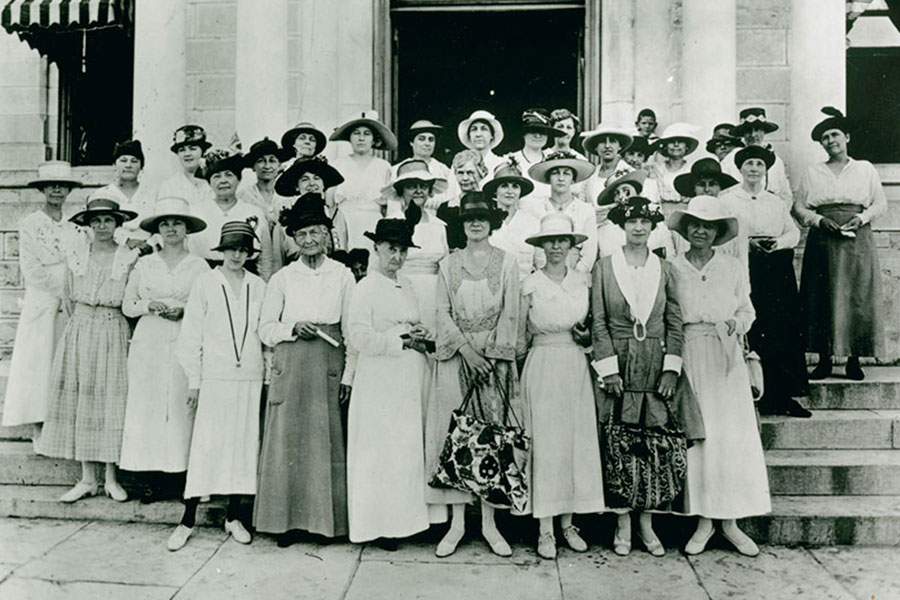 This press release is part of the Sister Suffragists Media Kit

Sister Suffragists is a celebration of the movement that brought suffrage to the women of Texas and the nation. View Media Kit